If you have ever wondered what it feels like to do mathematics, take a look at the series of beautiful short films produced by the mathematics department at the University of Bristol. Chrystal Cherniwchan, Azita Ghassemi and Jon Keating interviewed over 60 mathematicians, asking them to describe the emotional aspects of maths research. The discussions range from the role of creativity and beauty in maths, to what it feels like to pursue the wrong research path, and the eureka moment of discovering mathematical truth. You can view them all on the Mathematical Ethnographies site.

You can also read more about beauty in mathematics, in Plus, as well as the mathematical lives of John Conway, Stephen Hawking and Gerardus 't Hooft and many others in our careers with maths library.

Browse with Plus: Symmetry, reality's riddle

Marcus du Sautoy is a mathematician and Charles Simonyi Professor for the Public Understanding of Science. In this TED talk he explores how the world turns on symmetry — from the spin of subatomic particles to the dizzying beauty of an arabesque — complete with an introduction to groups.

Marcus du Sautoy has also written several articles for Plus: 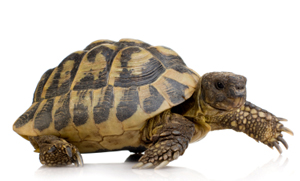 Maths at the Cambridge Science Festival

If you're wondering how to feed your maths habit between the 8th and 21st of March, then why not head to Cambridge for the 2010 Cambridge Science Festival? There'll be plenty of free maths events, including:

To find out about all the Cambridge Science Festival events go to the festival website.

Mathematicians (and Plus authors) John Barrow, Colva Roney-Dougal and Marcus du Sautoy will be discussing unintended consequences in mathematics with Melvyn Bragg on his BBC Radio 4 programme In Our Time tomorrow morning at 9am. 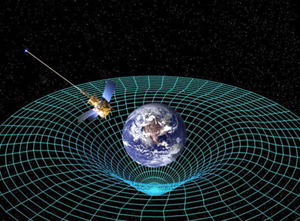 Many of the most exciting developments in science is is when knowledge from one area such as pure mathematics unexpectedly crosses boundaries to provide deeper understanding of a previously unconnected problem in another area. The programme will explore many such unintended consequences, including how the ancient purely geometric study of conic sections turned out to be vital in understanding the orbits of the planets, how Einstein used the theoretical concepts from non-Euclidean geometry for his groundbreaking work on special relativity, and how the number theory provided the security necessary for our digital age.

You can read more from John, Colva and Marcus on Plus, as well as articles on conic sections and planetary orbits, non-euclidean geometry and special relativity, and number theory and chryptography.

I thought this show was brilliant, and I would like to listen again wish my son who is studying maths A Level. This show really made mathematics come alive.