Travels in a mathematical world

If you enjoy the Plus podcasts, then you might also like a maths podcast published by Peter Rowlett, the University Liaison Officer of the Institute of Mathematics and its Applications. On his travels he records short interviews with interesting mathematicians talking about their career and work. There are also episodes on the history of mathematics and on mathematical news, and the webpage also contains a blog. 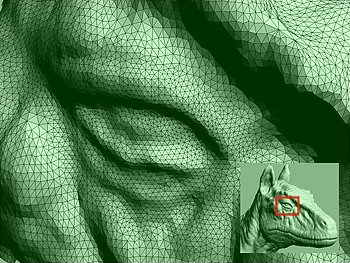 This is the 50th issue of Plus and to celebrate, we've made it especially big. We explore the incredibly life-like images generated by computers and fragile medieval frescoes, find chaos in fluid flows and prime numbers in a sieve, meet the "English Galileo" and a man who's into geeky pop, and learn about the dangers of bacon sandwiches. Plus the usual regular features including book reviews, puzzle and podcasts.

The Geek Pop '09 virtual festival site opens its gates today to music fans and science geeks from all over the world. Geek Pop showcases the talents of up-and-coming artists playing music inspired by science.

In the second year of running, festival goers will be treated to 15 acts playing four virtual stages. The festival, which kicks off during National Science and Engineering Week (6th-15th March), is free to enter and festival goers can take away a free festival highlights podcast. All performances will be available on Geek Pop catch-up for the entire year following the event.

As well as music downloads from artists playing at the event, the first 1,500 visitors to the Tesla Tent will be entitled to three free music downloads of their choice, courtesy of sponsors 7digital.

"We've really got some fantastic acts lined up and what's great is that all of them are very committed to their music as well as their science," says festival organiser Hayley Birch. "But there's a serious message in Geek Pop, which is that science and creativity aren't so very far apart. Of course, there's also a not so serious message, which is that it's okay to be a geek."

And if you're into your geek pop, watch out for an exclusive interview with one of the artists playing at the festival, soon to be published on Plus.

The mathematical work of Charles Dodgson aka Lewis Carroll

Writing, mathematics, photography — Charles Dodgson had many talents, and if he hadn't become famous for his Alice books, he would almost certainly have become famous for something else. In this podcast we talk to Robin Wilson, Professor of Pure Mathematics at the Open University and a prolific author himself, about Dodgson's mathematical work, which included an influential theory of elections and a play on Euclid's Elements. Robin Wilson is the author of the book Lewis Carroll in numberland, which has been reviewed in Plus.

Listen to the podcast!

Every picture tells a story 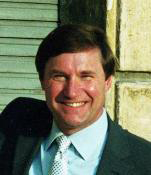 John D. Barrow, renowned Cambridge cosmologist and author, director of the Millennium Mathematics Project, and regular contributor to Plus has won the Royal Society Michael Faraday Prize, which is awarded annually for excellence in communicating science to the general public. The prize lecture, entitled Every picture tells a story, took place in London last week and is a fascinating tour through scientific imagery. It has now been put online on the Royal Society website. Happy watching!

To hear a version of Barrow's talk focusing on mathematics, listen to the enhanced Plus podcast Cosmic imagery. It comes with pictures!

Yesterday was square root day, and we imagine that most of you celebrated it in the customary fashion by eating square vegetables. It was square root day because the date was 03/03/09 and 3 times 3 is 9. The last square root day was on the 2nd of February 2004, and the next one will be on the 4th of April 2016, so they're relatively rare occurrences. Far more common are Plus's own invention, addition days. The coming Friday is one of them, because the date will be 06/03/09 and 6+3=9. Of course there could also be subtraction days, or maybe exponential days. In fact, with a bit of numerical skill, you can probably turn every day into a maths holiday.

A far more serious affair is World Maths Day, which is in fact today. It's celebrated on the first Wednesday in March and involves student and student groups from around the world competing to solve 182,445,169 mental arithmetic challenges in 48 hours. The winners receive medals and certificates, but of course it's the glory of winning that counts, and last year this was bestowed on teams from Malaysia and the UK, as well as individual students from Australia and the UK. It's too late to register for this year's event, but why not start practicing for next year?