Mathematicians working on one of the bedrocks of mathematics, the Fundamental Theorem of Algebra (FTA), have recently found collaborative allies in the unlikely field of astrophysics. 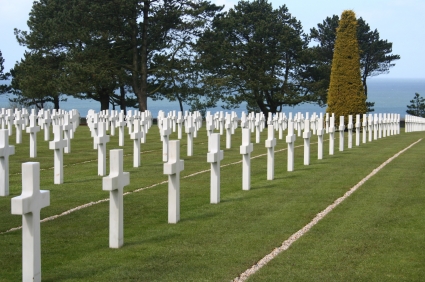 The death toll from wars around the globe in the second half of the twentieth century should be increased by a factor of three, according to a recent mathematical study by Ziad Obermeyer and colleagues at the Institute for Health Metrics and Evaluation in Seattle, Washington.

Estimating a war death toll is usually done by a mixture of eyewitness reports and media coverage. This involves extrapolating large numbers from sketchy data — read more about how this is done in the Plus article Body count.

Uppsala University in Sweden, and the Peace Research Institute in Norway, both keep death toll records estimated from media coverage, but Obermeyer's study suggests that the recorded death toll for 20th century wars could have been up to three times higher than they record.

The researchers looked at the death toll estimates gathered by the World Health Organization (WHO) — these numbers are extrapolated from telephone interviews with individuals with family members who may have died. This method is considered to be more accurate than gathering information from media reports.

In most cases, the WHO surveys recorded much higher numbers of dead than the Norwegian and Swedish databases. For example, the WHO figures suggest that more than twice the number of people died in Vietnam than previously thought — currently recorded at two million. On average, across 12 countries, the WHO figures are three times bigger. If true, then the average annual death toll for wars between 1985 and 1994 was 378,000.

During the 50 years covered by the study, Obermeyer suggests that there were 269,000 deaths in Bangladesh and 141,000 in Zimbabwe — nearly five times more than previously thought — and conflicts in Sri Lanka, Bosnia, Georgia and Laos are also estimated to be more costly than previously thought. However, in other countries, such as Burma, Ethiopia, Guatemala, Namibia and The Philippines, the death tolls dropped.

The study also found that a controversial report in 2006, which estimated the death toll after the invasion of Iraq at 655,000, may have been an over-estimate. You can read more about this study in the Plus article Body count. Obermeyer revises this number down to 184,000.

One downside of the study is that it only counts conflict fatalities and not deaths that have arisen from infectious diseases, which often afflict poor countries after war.

No matter how many friends you have on Facebook and MySpace, you won't have more real-life friends than the average person. Using mathematics to model online social networks is an evolving field, with techniques that have been used to model human interaction, such as network modelling, moving into the online world. Users of online social networks tend to build up long lists of "friends" with whom they only occasionally interact, if at all. Given that we can maintain more weak relationships online than we can in real-life, it is an interesting question to ask whether or not online social networks create as many close friendships as in real life. According to Will Reader of Sheffield Hallam University, the answer is no, and in this there is an interesting scientific and social point to be found.

If we are to believe the latest signs from outer space, the local aliens are keen mathematicians. A new crop circle appeared on the 1st of June this year in a barley field near Barbury Castle in Wiltshire, England, measuring 150 feet in diameter and correctly representing the first 10 digits of the irrational constant pi.

Issue 47 of Plus is our biggest issue ever and a mathematical showcase! Not only are we bringing you the best young writing talent with the winners of the Plus new writers award, but we are overloaded with features about the ways maths influences and shapes our lives. We investigate the overlap between the arts and maths, find out why mathematicians are always portrayed as mad in the movies, and learn about the nature of infinity and of prime numbers. We also challenge 118118 with some mathematics, uncover the mathematics of surprise and respond to recent newspaper reports that maths is no longer relevant. There are also all our usual puzzle and teacher package.

And if you want to give you eyes a break, tune your ears into our podcast, with 3 new episodes out today.

Maths has long been a theme in the movies. Plus talks to Madeleine Shepherd, organiser of the maths film festival at the recent Edinburgh science festival, about how maths has been presented in the movies over the years, with particular reference to three more recent films, Cube, Pi and Flatland. For more on maths in the movies read the Plus article Maths, madness and movies.