Why are some people generous and others selfish? There's no doubt that both strategies pay off under certain circumstances, but research (as well as everyday experience) shows that we are not mere opportunists — some people simply are nicer than others. This raises a question which intrigues evolutionary psychologists: is there a selective force that works in favour of a wide range of personalities, preventing us from all evolving the same optimal character trait? A possible answer has recently been published by mathematicians from the universities of Bristol and Exeter.

Can the people who did this research be trusted? How can we be sure they are not motivated by selfish reasons?

this seems to be simply a re hash of robert axelrod's theory of co operation??
i dont see anything new 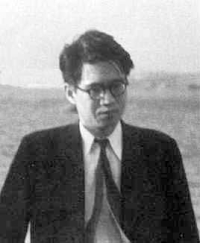 There are three new singing stars on the block, but you're unlikely to hear them on Radio 1. The musical talents of HD49933, HD181420 and HD181906, three nearby stars which are hotter and larger than our Sun, were discovered by a group of scientists, led by Eric Michel, using data from the CoRoT space-based telescope. Michel and his colleagues accurately measured accoustic vibrations in these stars that not only make for eerie listening, but also could reveal important information about how all stars evolve.

No comments yet
November 4, 2008
News from the world of maths: Student poster competition
Tuesday, November 04, 2008 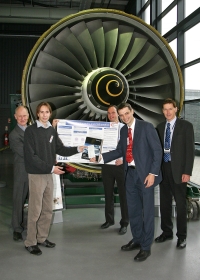 Are you a university maths student and want to share your passion with younger generations? Then why not take part in the second Further Maths Network - Rolls-Royce poster competition? Undergaduate and PGCE maths students from the UK are invited to submit posters conveying the essence of a mathematical topic they have covered at university. The poster should be aimed at school and college students who are studying AS or A level mathematics. Entries from teams of students are welcome. The closing date is the 31st of March 2009, and two winners will receive a prize of £100 each. The winning designs will be printed as A1 posters and sent to schools and colleges registered with the Further Mathematics Network, and others with which FMN centres are in touch, for display in the mathematics department, potentially reaching over 2000 schools and colleges.

If you want to take part, then email your entry to Janice Richards, including your name(s) and full contact details, with the poster attached as an editable file. For more information, contact Richard Browne.

And if you prefer writing to designing posters, don't forget the Plus new writers award 2009. Anyone can enter, and there are special categories for university and school students. Winners will achieve everlasting fame through publication in Plus, and receive iPods and books. Closing date is the 31st of March 2009.

With US election week upon us, we thought you might appreciate a look at alternatives to the first-past-the-post system used to elect the US President and Congress, as well as the UK government, and many others around the world.

For an even 'fairer' alternative to proportional representation, have a look at the Hare-Clark system of quota-preferential voting use in Tasmania. A good summary is at http://www.abc.net.au/elections/tas/2006/guide/hareclark.htm

No comments yet
November 1, 2008
News from the world of maths: Election questions
Saturday, November 01, 2008 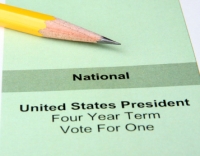 Gaffes, murder plots, and hockey mums — the US election circus is in full swing. Personality politics is partly a consequence of the first-past-the-post system — but what are the alternatives? Can any system guarantee to represent the will of the people? Do opinion polls manage to capture its voice? The following selection of Plus articles provides mathematical answers, insights and paradoxes.