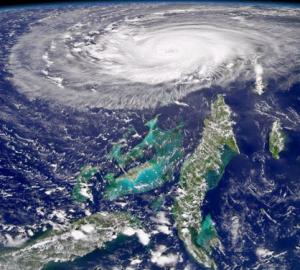 As the odds for a white christmas in the UK shorten and we rug up for another snowy weekend, here is the Plus weather forecast...

And now, the weather...
Snowstorms, floods and hurricanes remind us yet again that accurate forecasts are necessary not only to protect property, but more importantly to save lives.

Met office in for another roasting?
We all know that weather prediction, though incredibly sophisticated and advanced, is an inexact science. Perhaps if the Met Office published the probabilities underlying its forecasts, it might get a more rational response to disappointing weather.

Career interview: Meteorologist
Read about what it is like to work at the Meteorological Office in this interview with Helen Hewson.

How maths can make you rich and famous: Part II
The weather is described by the famous, and infamously difficult to solve, Navier-Stokes equations. And one million dollars is waiting to be won by anyone who can solve this, one of the grand mathematical challenges of the 21st century.

Tsunami
How are these terrible forces of nature unleashed?

The butterfly flap felt across the world
Edward Lorenz, American mathematician and meteorologist, was known as the father of chaos theory. But he is perhaps best known for coining the term butterfly effect. 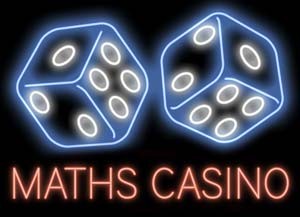 You've opened all your presents, you've eaten till you're ready to burst, you're sick of the holiday specials on TV. Let's play a game!

Curious dice
In this article we present a set of unusual dice and a two-player game in which you will always have the advantage.

Games people play
Mathematicians love games. Not only can they have fun while looking like they're busy working, but even the simplest games can demand clever tactics and strategies to win.

Practice makes perfect
Although it may be inevitable that computers will become unbeatable in the near future, human Grandmasters are still holding their own against the machines today. How is it, then, that the human brain, with a mere fraction of a computer's number-crunching ability, is still able to put up a good fight?

Let 'em roll
This article was the winner of the schools category of the Plus new writers award in 2006. Dice are invaluable to many games, especially gambling games, but instead of playing with ordinary 1-6 numbered dice here are two interesting alternatives — with a twist!

And don't forget, you can also read all about how game theory can be used for more than just fun. Good luck!

Will there be a white Christmas? Will the snow delay your holiday flight? And what if you slip on the ice and break a leg? Life is full of uncertainties, so behind door #15 we've hidden our favourite expert on risk. David Spiegelhalter is famous for his TV appearances and newspaper articles, he runs the Understanding Uncertainty website, and he also regularly writes for Plus. Below is a selection from his Plus column, or you can see all his Plus articles here.

No comments yet
December 14, 2010
Plus Advent Calendar Door #14: Some favourite books

Still short of a few presents? Here are some favourite books to fill those stockings:

The number mysteries
The sense of going on a journey with a brilliant and entertaining companion, of feeling like you are never sure why the conversation is veering in this new direction, yet being confident that there is a good reason for it, is the sense you'll get from this lovely new book by Marcus du Sautoy.

The Sun Kings
Imagine a biologist trying to deduce the life cycle of an unknown creature by observing it just long enough to witness four beats of its heart. Nowadays, we know the Sun follows an eleven-year cycle, so even lifelong professional astronomers are likely to witness no more than four of its pulsations. Solar astronomy is truly a multigenerational science and its beginnings are brilliantly summarised in Stuart Clark's story, built around the greatest magnetic storm ever recorded.

Sync: the emerging science of spontaneous order
It's not very often that something I read makes me want to jack in my lovely job at Plus and return to study and research. But that is just what happened when reading Sync by Steven Strogatz.

Deciphering the cosmic number
If the quest for a physical theory of everything, and some of the strange concepts that have sprung from it, strikes you as somewhat mystical, then this is just the book you need to explore the idea further.

Strange attractors
It's not often I get misty-eyed reading a book about mathematics, but that was just what happened when I read this, and several other poems, in the poetry collection Strange Attractors: Poems of love and mathematics.

Is god a mathematician?
"Oh god, I hope not," was the reaction of a student when Livio asked the title question at a lecture, and it's a reaction that's likely to be replicated by many unsuspecting bookshop browsers. But despite its frightening title, the book's appeal could not be broader.

No comments yet
December 14, 2010
MathsJam in Nottingham