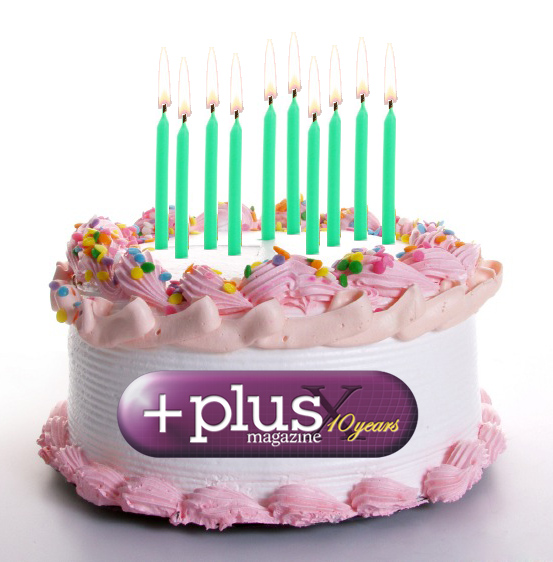 This seems to have been making the rounds lately. Some people marvel at the fact that the answer is always 111 no matter how old you are and others think that 2011 is the only year in which a calculation like this will work. Looks like mathematical magic!

But there's a rational explanation. If you take the full year you were born in (as in 1985) and add your age, then it's clear that this takes you (more or less) to the year we're in now. After all your age is exactly the amount of time that's passed since you were born. The only qualification is that if you haven't yet had your 2011 birthday, you need to add an extra 1, because your official age is still the same as it was in 2010.

So there's no mystery at all. The result just says that if you add your age to the year you were born (and then add 1 if you haven't had your birthday yet), you end up in the current year. That's pretty obvious, so it's surprising how many people seem to be stumped by it. After all we're all used to working out someone's age from their birth year, or vice versa, and we do this by subtracting the age or the birth year from the current year 2011. The calculation above is just the reverse of that. Maybe people find the calculation puzzling because once you reverse it in this way and leave off the first two digits of the year, the numbers lose their meaning as years or ages and just become abstract numbers. Then they also lose their temporal coherence, so there's no reason to suspect that the answer should always be 111. 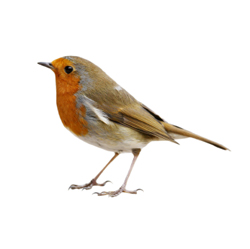 Quantum mechanics is usually associated with weird and counterintuitive phenomena we can't observe in real life. But it turns out that quantum processes can occur in living organisms, too, and with very concrete consequences. Some species of birds, for example, use quantum mechanics to navigate. Last year we talked to physicists Simon Benjamin and Erik Gauger for our article Flying home with quantum physics, and we found out that studying these little creatures' quantum compass may help us achieve the holy grail of computer science: building a quantum computer.

Now you can read all the technical details as Benjamin, Gauger and their colleagues has just published their research in Physical Review Letters. Their research has also been featured in New Scientist.

You can hear Benjamin and Gauger discuss their work in our podcast, and learn how birds have harnessed quantum physics in the accompanying article.

No comments yet
January 21, 2011
Maths in a minute: negative numbers

Negative numbers are easy to imagine if you think of the number line as a giant thermometer which includes sub-zero temperatures. This makes addition and subtraction easy, as you just move up or down the number line by the according amount.

Suppose you're standing at the point 0, facing in the positive direction of the number line. You take two steps backwards and you do this 4 times. You end up at the point -8, showing that -2 steps times 4 is -8, ie (-2)x4=-8.

Straight Statistics is a campaign set up by journalists and statisticians to improve the use of statistics by government, the media, companies and everyone else who uses stats. On the Straight Statistics website you can find all sorts of interesting articles responding to stats as they come up in the news — whether it's lucky house numbers, the impact of bird flu, or your chance to reach your 100th birthday.

Have a look at www.straightstatistics.org/. The competition was run by Maths Inspiration, a great initiative that runs lecture events in theatres around the country, featuring speakers such as the writer and TV broadcaster Simon Singh. The competition, sponsored by Hewlett Packard, was open to all the 6,000 who attended the shows last autumn. Rebecca's entry, entitled Box and whiskers, depicts a cat being measured for its level of cuteness. It's a play on box and whiskers diagrams, which will be familiar to any GCSE maths pupil.

Rob Eastaway, the director of Maths Inspiration (and Plus author), said: "Our shows aim to prove there's more to maths than just taking exams, and humour is an important part of how we present maths. Rebecca's entry really caught the spirit of what we are trying to achieve".

Rob Eastaway has written several articles for Plus:

We've also reviewed some of his prolific book output:

No comments yet
December 20, 2010
Plus Advent Calendar Door #24: Merry Christmas!

This is it! The holidays have started, the turkey is defrosting and the presents are all wrapped ... all you have to do now is relax and be kind to one another. And since Christmas is all about love, the very last door of our advent calendar is devoted to it, too. The Plus team wish you a very merry Christmas and a happy new year!

Kissing the frog: a mathematician's guide to mating
What's your strategy for love? Hold out for The One, or try and avoid the bad ones? How long should you wait before cutting your losses and settling down with whoever comes along next? We investigate and save the national grid in the process.

Baby robots feel the love
It's not just us humans who can love and be loved!

Love's a gamble
Not sure what present to give to that special person? Here's some help from game theory.

Maths on a plane
How maths can help solve the mysteries of flight and love...

It may seem a bit un-romantic, but when it comes down to it, dating is all about strategy. Find out what happens if, like in the film The beautiful mind, everyone goes for the blonde, and if it's possible to be too attractive.