March 24, 2010
News from the world of maths: Perelman awarded Millennium Prize for proof of Poincaré

Last week the Clay Mathematics Institute announced that Grigoriy Perelman has won the Millennium Prize for his proof of the century old Poincaré Conjecture. And almost as soon as it was announced the speculation began as to whether Perelman would accept the prize, and the $US 1,000,000 of prize money.

The Poincaré Conjecture is a question essentially about the nature of shapes in space. Mathematicians have long understood the nature of every possible 2D surface in 3D space. For example the surface of a sphere, such as the outside of a ball, is completely characterised by being simply connected — it has no edge, and any loop on the surface can be slid off without being cut or torn. And these two properties are true not matter how much a sphere is squashed or stretched out of shape. However they aren't true for any other kind of 2D surface, for example the surface of a doughnut: a loop through the centre hole of a donut can't be removed without being cut. That is because a doughnut is not the same, topologically speaking, as a sphere. Poincaré proposed that all 3D spheres can be characterised by the same two properties. However for over a century the result remained unproven despite the efforts of some of the best mathematical minds. The problem was seen as so important that it was included in the list of seven Millennium Problems chosen by the Clay Institute in 2000. The solution to any of these Millennium Problems would be a monumental advancement in mathematics, and the Clay Institute offered a prize of $US 1,000,000 for the solution for each.

In 2003 Perelman surpised the mathematical world by posting a proof of a much wider conjecture online. He claimed to have proved Thurston's Geometrisation Conjecture, that characterised every 3D surface. The Poincaré Conjecture would be proven true as a consequence of this wider result. After much examination, discussion and exposition, the mathematical community accepted that Perelman had proved the Poincaré conjecture and he was awarded the Fields Medal in 2006, the highest prize in mathematics. Controversially Perelman declined to accept the prize, the first person to ever do so. He withdrew from mathematics and now lives a reclusive life in the outskirts of St Petersburg.

Now that Perelman's work has survived several years of critical review and has been accepted by the mathematical world the Clay Institute has awarded him the Millennium Prize for his proof of the Poincaré Conjecture, the first of the Millennium Problems to be solved. However most people in the mathematical community expect that, like the Fields medal, Perelman will not accept this prize or the prize money. Despite some reports in the media, the Clay Institute told Plus that they had been in contact with Perelman and that "he said he would think about it".

Whether or not Perelman's decides to accept the Millennium Prize at a ceremony in June, his enormous contributions to mathematics will be celebrated for many years, and we hope that he is able to live his life happily in whatever way he chooses. It might seem hard for most of us to understand how someone could refuse such wealth and fame but, as Marcus du Sautoy explained to BBC Radio 4's The World Tonight, for some people other things are more important:

"I think there is something noble in that he values solving a mathematical problem above the glory of being in the limelight and winning prizes and getting vast sums of money. There is something rather nice about Perelman's choice to just enjoy the mathematics."

1 comments
March 16, 2010
News from the world of maths: Further evidence of Arctic melt-down

The worrying decline of Arctic sea ice as a result of global warming is continuing. Last month the results of the Catlin Arctic Survey, an expedition to measure the thickness of Arctic sea ice, were presented at a press conference called by the World Wildlife Fund. On their 434km trek across the Arctic the explorers measured an average ice thickness of 1.77m. This confirms that the ice is getting thinner, but also means that they encountered mainly young ice, rather than the older and thicker multi-year ice they had expected.

No comments yet
March 3, 2010
News from the world of maths: Do you know what's good for you - what's the best medicine?

How do you judge the risks and benefits of new medical treatments, or of lifestyle choices? With a finite health care budget, how do you decide which treatments should be made freely available on the NHS? Historically, decisions like these have been made on the basis of doctors' individual experiences with how these treatments perform, but over recent decades the approach to answering these questions has become increasingly rational. Statistics and maths are used not just to test new treatments, but also to measure such fuzzy terms as quality of life, and to figure out which treatments provide most "health for money".

While the decisions of health authorities affect all our lives, the underlying calculations are rarely discussed in the media. To explore these difficult decisions and the role of maths in evidence-based medicine, we have put together a package of six articles, three podcasts, a career interview and a classroom activity.

No comments yet
March 3, 2010
News from the world of maths: Mathematical mind reading on pi day
Wednesday, March 03, 2010

To celebrate pi day on the 14th of March 2010, a mathematician and a magician will attempt to pull off what promises to be the world's largest live online magic trick — and you can join in via Twitter!

The mathematician James Grime and the magician Brian Brushwood will exploit the magical power of mathematics to read your mind over the internet. Visit the pi day magic website for instructions on how to join up to this record-breaking attempt, and watch this space for an explanation of how it's done to be published after the event.

The trick will be part of the Cambridge Science Festival, which runs from the 8th to the 21st of March 2001.

Thanks Max and Martin, you're right, it's March 14th! Sorry!!

Americans write the date with the month first, so March 14 becomes 3/14 and that's the first three digits in the decimal expansion of Pi 3.141....

1 comments
March 3, 2010
News from the world of maths: The Plus podcast: Evaluating a medical treatment
Wednesday, March 03, 2010

New treatments and drugs are tested extensively before they come on the market using randomised controlled trials (RCTs). We talk to David Spiegelhalter (Winton Professor of the Public Understanding of Risk), Sheila Bird (Professor at the Medical Research Council Biostatistics Unit), and Nigel Hawkes (journalist and director of Straight Statistics) about why RCTs are used and how they test if a new treatment works. You can also read an accompanying article. 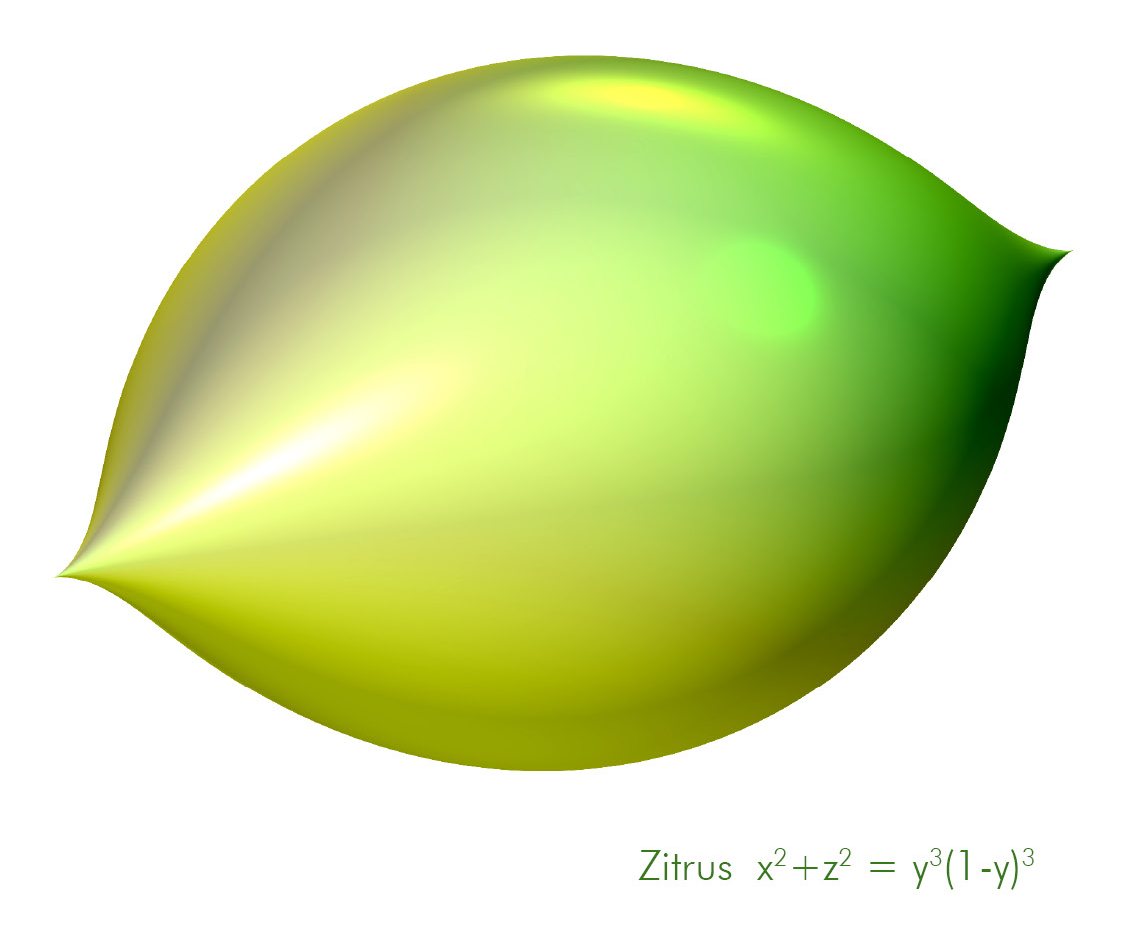 Everyone has the chance to create mathematical beauty as part of a competition during the Cambridge Science Festival. As part of the Imaginary exhibition of beautiful mathematical images and artwork taken from algebraic geometry and differential geometry, visitors (both real and virtual) can create their own mathematical art.

By downloading the SURFER program, anyone can create images of algebraic surfaces by simple equations using the three spatial coordinates of x, y and z. For example, the equation x2 + y2 + z2 = 1 results in a sphere.

The competition requires creativity, intuition and mathematical skill in order to create equations yourself or to change given equations to produce beautiful images. The images are easily generated with the SURFER programme, and you can then upload your artwork to the competition gallery by 20 March. Everybody is invited to take part, including group entries from classes and families. The entries will be judged by a distinguished panel including Sir Christopher Frayling (Royal College of Art and Arts Council England) and Conrad Shawcross (sculptor and artist-in-residence at the Science Museum, London).

So good luck to all aspiring artists, and if you need some inspiration why not browse through the Plus articles on maths and art.