Still looking for a special present for a special person? Then what about a Gömböc: this strange egg-like shape wriggles around with an apparent will of its own and, even better, barely exists at all.

For a very long time people believed that Gömböcs didn't exist, but recently the Hungarian mathematicians Gábor Domokos and Péter Várkonyi proved that they did (find out more here). You can purchase your very own Gömböc on the Gömböc website (though be warned, it's a little pricey!). 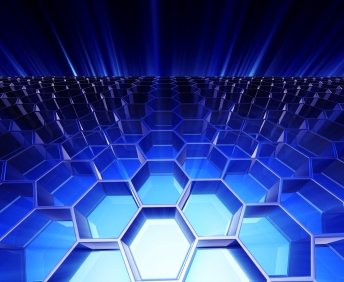 Our image of the week is made of 2000 line segments! 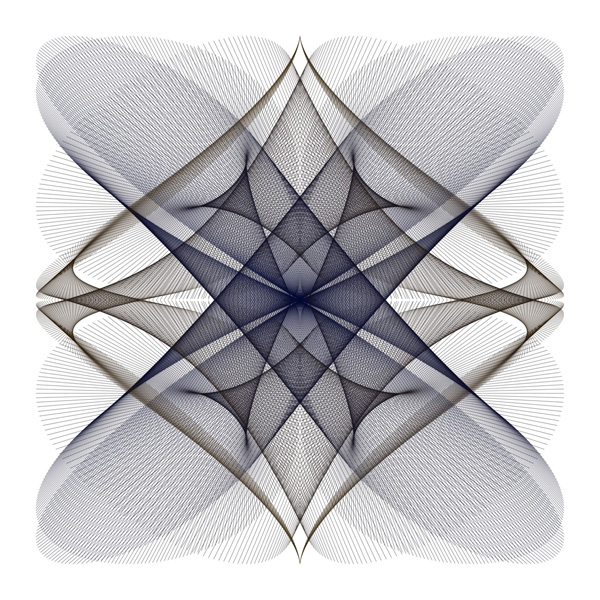 The image was created by Hamid Naderi Yeganeh running programs on a Linux operating system. Letting

You can see more of Hamid's images on this website and on the American Mathematical Society website. 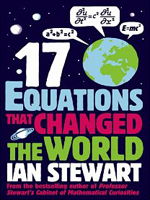 No collection of popular maths books would be complete without a work by one of our very favourite authors, Ian Stewart. One we particularly like is 17 equations that changed the world. As the name suggests, it's about equations that have had a profound impact on humankind, from Pythagoras's theorem about right-angled triangles to the Black-Scholes equation about financial derivatives. It's a fascinating and accessible tour through some very interesting maths.

Stewart has written plenty of popular maths books, which are all well worth looking at, but there's another one we'd like to mention: Does god play dice is a great introduction to mathematical chaos, which inspired one of us to go and do a PhD in maths — she's never looked back!

No comments yet
December 16, 2014
Plus Advent Calendar Door #20: Travelling the galaxy 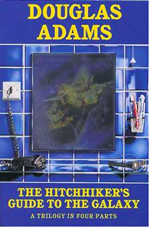 How about whiling away your time on a planet that's made entirely of beaches and where it's always Saturday afternoon? If that sounds good, then you better get your hands on the Hitchhiker's guide to the galaxy, the indispensable companion of intergalactic travellers. We revisited Douglas Adam's cult trilogy in five parts when we were writing our book (Numericon) and sill loved it as much as when we read it for the first time.

If you're not familiar with this classic, it starts with the Earth being demolished to make way for an intergalactic superhighway and the only two survivors hitching a ride on a passing spacecraft to embark on a journey that holds surprises way more bizarre, and menacing, than Saturday afternoon planets. If you are one of the many people who do know the Hitchhiker's guide then consider rereading it. It's fun!

No comments yet
December 16, 2014
Plus Advent Calendar Door #16: The travelling salesman The travelling salesman is one of our favourite mathematical movies. It's a tense thriller revolving around one of the most difficult open problems in maths, the P vs NP problem, and its potential to deliver the key to the world's most secret messages. Most of the movie is set in a single room, a secret government location, where four mathematicians are being debriefed as their highly classified project has been completed. An unexpected by-product of their work is a method for cracking the codes used to encrypt classified messages, giving rise to an intense debate between the mathematicians. Will their work be used for evil, by governments (or worse) to spy on all our communications and data? Would keeping it secret hamper medical advances and scientific discoveries that could be a force for good? The result is an intelligent movie full of suspense that takes maths, as well as mathematicians, seriously. Visit the movie's website for download or instant streaming.

To read about other mathematically inspired movies, read Maths, madness and movies.