How do you persuade a nation that basic maths skills are just as important as being able to read and write? You put a price tag on them. This is what the accounting firm KPMG has done in a report published last week. The firm estimated that the soring number of people who leave school without adequate numeracy skills could cost the UK taxpayer up to £2.4 billion every year.

The problem with maths goes back to the Higher School Regulations which strictly divided subjects into Arts and Sciences, with Maths regarded as one of the Sciences and therefore could not be studied with Arts subjects. As it happens most of the Chemists and Physicists do not like Maths anyway, so maths is either not studied at all or it is treated as a highly specialist subject only suitable for autistic nerds.

That's a very good point. When I was at school (in Germany) I specialised in maths and art, but most teachers advised me against this, saying that it would be better to put all my eggs into either the science or the arts basket, where maths was counted as a science. Though the division between arts/humanities and science wasn't enforced (in fact, officially it was discouraged) it existed in practice, so to many of those not into science maths didn't even occur as an option.

While I think putting a cost to low numeracy skills is quite smart in terms of getting governments and big business to stump up some cash, I wonder how all those math-phobic people will react to the use of numbers (albeit with pound signs in front of them) to show that maths is important?

Maybe KPMG or Barclays would like to give some money to help support Plus too?

Good idea, Anna! Plus is happy to consider donations of any size.

"soring"? How did that survive a spellcheck?

Not sure, but it's dead now.

I believe the problem with numeracy and maths in general lies in the way it is taught in our schools. The subject is taught to enable students to pass examinations with little reference to its utility throughout life as a series of problem solving techniques. The article sums it up very well by highlighting "the gap between what people think maths is and what it could actually do for them". This is a philosophy that I raise with my grandchildren when helping them with there homework. Let's emphasise the rigour a bit less in favour of the application of maths.

Happy new year from Plus!

Thanks to gord at mighty wombat for these!

Combining a love of maths with a successful acting career

Victoria Gould has always known she would be an actor, and went straight from studying arts at school to running her own theatre company. But she eventually had to come clean about her guilty secret - she loves maths - and has since managed to combine a career as a research mathematician and teacher with a successful acting career on television and in theatre. In this, the first of a two part podcast, Victoria tells Plus why she needs to use boths sides of her brain.

This podcast accompanies the career interview from issue 49 of Plus.

Stay tuned for the second part of this podcast, where Plus talks to Victoria and Professor Marcus du Sautoy about Complicite's recent theatre production of A disappearing number. 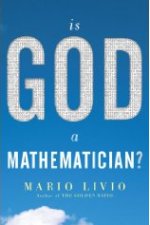 "Oh god, I hope not," was the reaction of a student when author Mario Livio asked the title question of his latest book at a lecture, and it's a reaction that's likely to be replicated by many unsuspecting bookshop browsers. But despite its frightening title, the book's appeal could not be broader. All that's required to enjoy this fascinating read is a capacity to marvel at the mysteries of nature and humankind's attempts to understand them — this is "popular mathematics", or rather "popular philosophy", in the true sense of the word.

Read more about this book... 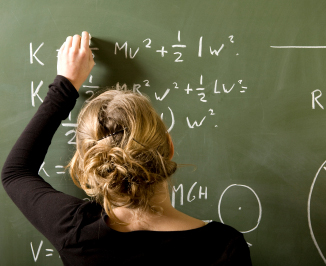 The government has revealed plans for a new maths GCSE to become available in 2010, as well as a pair of twinned maths GCSEs to be introduced in 2015 — over ten years after their recommendation by Adrian Smith in his Making mathematics count report. The twinned GCSEs are designed to give students a broader grounding in mathematics, with one GCSE, dubbed "formal mathematics" focusing on the rigorous and coherent nature of mathematics, and the other, entitled "contextual mathematics" focusing on the application of mathematics in real life. Both GCSEs are intended to be qualifications in their own right, which students study for in two separate two-year courses. The idea is that the majority of students will study for both GCSEs, and that those who obtain both qualifications will be well equipped for further study of maths. It is hoped that the twin set-up will provide more challenge for able students, while more fairly rewarding those at the lower end of the ability spectrum. It is also hoped that the new GCSEs will move students away from the parrot approach to learning maths, which focuses on regurgitation rather than understanding.

The Advisory Committee on Mathematics Education (ACME), which helped devise the new GCSEs together with the Qualifications and Curriculum Authority (QCA), has welcomed the government's announcements, but criticised the time scale. "We are puzzled at the proposed time scales for rolling out the pair," said Dame Julia Higgins FRS, Chair of ACME, "To wait until 2015 for first teaching, with first awards being nine years from now is simply too protracted. Efforts must focus on bringing forward the date for rollout of the pair". Dame Julia also criticised the introduction of the new single GCSE, expressing fears that it will undermine the double option while not delivering its benefits.

Adrian Smith's 2004 report delivered a damning verdict on the state of mathematics education in the UK, and predicted that a shortage of maths skills in the work force could have dire consequences for the UK economy. Commenting on the impact of the GCSE time scale, Dame Julia said: "The UK economy will face the consequences of millions of students over the next nine years sitting a single GCSE which will not deliver the deeper understanding of mathematics and its applications that is desperately required". ACME's concerns, as well as its welcome of the new twin option, were endorsed by the two main mathematics bodies in the UK, the London Mathematical Society and the Institute of Mathematics and its Applications.