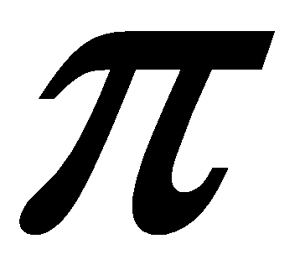 March 14th, when written in the US format with the month before the day, is 3.14 — which makes last Friday Pi Day!

To belatedly celebrate this momentous day, here are some of the articles about Pi we have featured on Plus:

Beyond Measure: Conversations across art and science is a new exhibition at Kettle’s Yard, Cambridge that explores how geometry is used by artists and astronomers, engineers, surgeons, architects, physicists and mathematicians — among many others — as a means to explain, understand and order the world around us.

Built around a series of workshops, talks and discussions, Beyond Measure will offer many different ways of engaging with geometry, and many different views of the world we live in. The exhibition draws parallels between the artist’s studio, the laboratory and the study as equivalent places for thinking, imagining and creating.

No comments yet
March 12, 2008
News from the world of maths: Have you ever attended a Royal Institution Mathematics Masterclass?
Wednesday, March 12, 2008

Have you ever attended a Royal Institution Mathematics Masterclass?

If you have, then the Royal Institution of Great Britain would like to hear from you.

Since 1981 the RI Masterclasses in Mathematics have been enriching school maths for 12 to 14 year-olds. Now the RI is for the first time undertaking an independent evaluation of the programme. "This is a very exciting opportunity," says Sara Santos, Clothworkers' Fellow in Mathematics at the RI, "We are seeking to further improve our already successful programme, even perhaps reshape it to challenge and enthuse our finest young minds."

If you have participated in any of the RI Mathematics Masterclasses for Young People (any time between 1981 and now), you can now record your memories and reflections in this on-line questionnaire. The questionnaire takes around 15 minutes to complete. "It might be a precious amount of time for you, but your feedback is invaluable for us," says Sara. "We are also trying to keep in touch with the Masterclasses community." To keep in touch, please visit the RI website, email the RI on maths@ri.ac.uk, or join the group RI Mathematics Masterclasses for Young People on Facebook .

Maths and Science through the medium of song

They say that music is a very mathematical pursuit. Here at Plus, we have written about mathematics and music many times.

The MASSIVE database is a website that contains information on over 2500 science and mathematics songs. Some songs are for children, others for professors. Some are by professional recording artists, others recorded in garages. The site is maintained by Greg Crowther, who is affiliated with the University of Washington, Science Groove, and the Science Songwriters' Association. MASSIVE is part of the US National Science Foundation's National Science Digital Library.

Weird Science by Oingo Boingo is another classic

Along with a visualisation of Deep Purple's "smoke on the water" on a Mobius strip... http://music.princeton.edu/~dmitri/deeppurple.mov

Got something on your chest?

At Plus, we would love to hear what you have to say.

On our news page, you can add comments to all our news and blog articles, ask further questions arising from the stories, and engage in discussion with other Plus readers. Violently disagree with the author of an article? Here is where you can get your opinion across.

Plus is also proud to bring you the Mathematics forum on the Nature Network. The Nature Network was developed by science journal giant Nature as an online meeting place for scientists to gather, talk and find out about the latest scientific news and events. In the maths forum, you can connect with other mathematicians to ask your questions or post your news and events.

As part of this year's National Science and Engineering Week, the BA are running a project called The Big Questions, which challenges the public to pose their burning science and engineering questions through live events, online and via the media.

"Questioning is at the heart of scientific discovery. From evolution to space exploration British scientists have always been courageous in asking and solving some of the big questions of their time. In doing so, they have expanded our knowledge, earned our respect and enriched our lives. We want to celebrate our nation’s innate curiosity by encouraging the public to share with us their big questions on life, the universe and beyond. In return, we will ask some of our best scientific brains to come up with an answer."

Helping to answer the questions are Oxford University Press, Brainiac LIVE!, The Punk Scientists, The British Library and the Royal Pharmaceutical Society.

Questions that have been asked already include:

Scientists who have posted their own questions include:

You can find a list of the questions that have been posed so far, or post your own question, at: http://bigquestion.wordpress.com/. The event will be launched to the national media on 6th March. The BA is currently looking for more scientists and experts to help answer some questions, and so if you know the answers to any of the questions posed and want to help out, you can answer by posting on their blog.

Apart from online, other Big Questions are going to be answered at events organised by the Science Museum, Jodrell Bank, the National Botanic Garden of Wales, Cambridge Science Festival and the Institute of Cognitive Neuroscience.