A team at Central Missouri State University (CMSU) broke its own world record last week by discovering the largest prime number to date. It has an impressive 9,808,358 digits, but can be conveniently written as 232,582,657-1. Unfortunately, though, it is not quite large enough to win its discoverers the $100,000 award offered by the Electronic Frontier Foundation for the discovery of the first 10 million digit prime number. 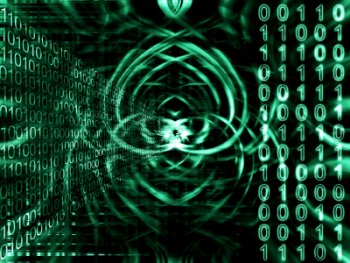 Where are those primes?

Almost exactly 10 months ago, the same team led by Professors Curtis Cooper and Steven Boone, had found the previous record prime. Just like the latest discovery, it can be written in the form 2p-1, where p is also a prime. Numbers of this form are known as Mersenne numbers, after the 17th century French monk Marin Mersenne. Despite the fact that not all Mersenne numbers are prime, they are favourite candidates of big prime hunters. Factorising an arbitrary large number to check if it is prime requires unfeasibly large amounts of computing power, but quicker algorithms exist for Mersenne numbers.

But even the Mersenne algorithms are not quick enough to make a search feasible on a single computer. Cooper and Boone's team, as were the previous 10 largest prime discoverers, are part of the Great Internet Mersenne Prime Search (GIMPS), which uses the computing power "donated" by tens of thousands of volunteers to chomp through the necessary calculations. The team used software developed by GIMPS founder George Woltman and grid computing pioneer Scott Kurowski, which is freely available on www.mersenne.org. It ran the software on a network of 700 faculty PCs whenever those lay idle. These 700 computers are themselves part of a wider network, called PrimeNet, of 70,000 computers, which provides a virtual supercomputer that runs constantly and performs 22 trillion calculations per second. Finding this latest record prime took only 9 months, but would have taken 4000 years on a single PC!

The new discovery was independently verified in only five and a half days by Plus reader Tony Reix, who used different software and hardware to exclude the possibility of a bug in GIMPS (see Plus article Volunteers discover new largest prime or the GIMPS website for more details). According to Reix a more recrent machine than his, running with more advanced software could reduce the time it takes to test the number to three days.

This is the 44th Mersenne prime found so far. With five record primes found in only three years, GIMPS seems to be in full swing. In recognition of the GIMPS contribution, the official credit for this latest discovery will go "Cooper, Boone, Woltman, Kurowski et al". As for the $100,000 prize — if you happen to find the first 10 million digit prime as a member of GIMPS, you can still expect to receive a large chunk of the money, after some deductions that will go to charity. So why not join GIMPS now for some fame and fortune?