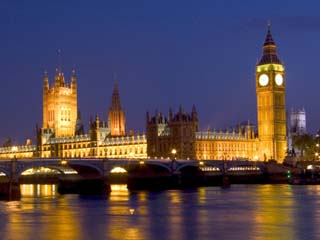 The UK Houses of Parliament

The leader of the Conservative Party, Michael Howard, has made it clear that he wants the next election to be fought on the issue of trust. This, presumably, is why the list of pre-election pledges the party recently brought out includes a promise to make the Office for National Statistics (ONS) independent within the first hour of a new Conservative Government. The party is capitalising on what it regards as a widespread impression that official statistics are politicised.

Although the modern discipline of statistics is as broad as science itself, the subject, and even the word, have their origins in government. The earliest statisticians collected and analysed the numbers of the state and were sometimes called statists.

Almost all countries reinforce their government statistical service's "independence", through legislation which guarantees professional control over such things as the sources and methods used to compile statistics and freedom to disseminate the results. Ministers and policy officials should not have access to statistical results in advance, confirming the professional independence of the statistical service and reinforcing the separation from undue political interference. This would also minimise the risk of figures being leaked or spun in advance. The view of many in the profession is that, by these criteria, arrangements in the UK still have some way to go if public confidence is to be maximised.

So the world of statistics has given a cautious welcome to the Conservative's pledge. A welcome because anyone who acknowledges the importance of independent government numbers is, at least statistically, on the side of the angels, but cautious because it is not at all clear what the pledge means.

The first problem is the mention of the ONS. Many government statisticians work outside the ONS, in different departments or in the devolved Scottish and Welsh administrations. No policy that restricts itself to the ONS will have the necessary coverage.

The second is the timescale: what can possibly be done in an hour? Not legislation, certainly, although pledging that a new Tory Government would make an immediate announcement saying that it accepted the Statistics Commission's call for legislation and would make parliamentary time available as a matter of priority would be very welcome indeed.

Independence for official statisticians is one of those ideas that naturally seems more attractive to parties in opposition than in government. And unless the Conservatives expand on their pledge, showing convincingly that they know what an independent government statistical service would involve, they run the risk of being on the wrong side of the trust faultline, and invoking that most dreaded word of all ... spin.