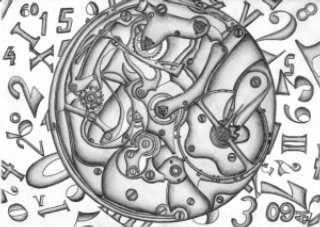 The physicist Amos Ori from Technion, the Israel Institute of Technology in Haifa, claims to have found the first realistic model of a time machine which can transport us into the past.

That travelling through time into the future is possible has long been an accepted fact: not only are we all en route into the future at any given moment, but Einstein's theory of special relativity proves that time goes slower if you are moving at very high speed. If you take a journey on fast space ship, then when you come back to earth, time there will have passed faster than it did for you, and you effectively jump into the future (this phenomenon is known as time dilation and Plus will investigate it in detail in the forthcoming issue).

Time travel into the past, however, is an entirely different matter. Einstein's general theory of relativity postulates that space can be curved by the gravitational force exerted by objects of very large mass. It also says that time and space are inextricably linked to each other, so that time, as well, could be curved. As the eminent mathematician Kurt Gödel discovered in the 1940s, there is nothing in Einstein's theory to prevent a line in time from curving back on itself and reconnecting to a point that is in the past.

However, time travel into the past throws up an enormous paradox: what if you travel back in time and murder your grandfather before he had a chance to impregnate your grandmother? Then would you exist or not? Some people believe that this seemingly insurmountable obstacle proves that time travel is impossible, at least in a universe that can bring forth intelligent beings who notice this conundrum. Moreover, none of us humans has ever reported meeting a visitor from the future. This, according to the sceptics, means that either travel into the past is impossible - and that there are as yet unknown laws of nature that prevent it - or that it will be possible at some point in the future, but that the people in that future will not be able to travel back as far as now. 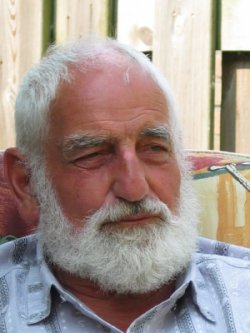 Now haven't I met you before?

Others, though, are not deterred by the "grandfather paradox". The physicists Igor Novikov, for example, argues that there might be laws of nature that prevent us from causing a paradox when we travel back in time - in the same way as there are physical laws preventing us from flying, no matter how frantically we flap our arms.
Another potential solution to the paradox comes from quantum theory, according to which all possible realities could exist simultaneously in parallel universes. If you travel into the past and murder your granddad, then this past will be in a universe in which you do not exist.

Paradox or not, adventurous theorists have never been able to resist building models of time machines. However, the ones that have been proposed so far all require the universe to have some very unlikely characteristics. Gödel's model, for example, supposes that the universe does not expand. Others, like the wormhole model, require large amounts of negative matter. Matter of this type has negative mass, so that gravity, rather than attracting it, pushes it away - negative matter falls upward. Although some physicists believe that this matter does exist in the universe in small quantities, no-one has ever found any of it...

And this is what's new about Ori's time machine - it does not require the universe to have any of these exotic characteristics. His model consists of a vacuum which is shaped like a doughnut - or torus - and which is surrounded by a sphere of normal matter. Nearby objects of immense mass, like black holes, cause time to warp sufficiently to form closed loops within the torus. Theoretically, any point in time between the creation of the machine and the present should be accessible to the time traveller.

Some physicists view Ori's discovery with scepticism. It is, for example, not clear whether the time machine would be stable enough to exist for any length of time. Nevertheless, according to Nature, the prominent physicist [ http://aca.mq.edu.au/PaulDavies/pdavies.html ] Paul Davies (whom Plus has interviewed for the forthcoming issue) says that Ori's discovery "does look like an improvement on the previous models".

So when will we be able to buy a ticket to the past? Unfortunately, that's the bit that Ori hasn't worked out yet - he has no idea how his torus could be constructed in reality. Although he thinks that there is a 50:50 chance that the machine will eventually be built, he concedes that this will definitely not happen in our generation. So if you want to travel into the past, you'll have to take a trip to the future first.