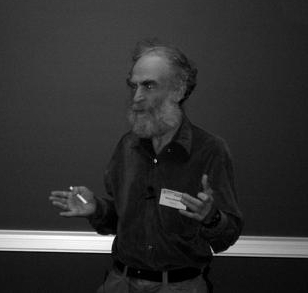 The Abel Prize 2009 has been awarded today to the Russian-born mathematician Mikhail Gromov for "his revolutionary contributions to geometry". In terms of prestige, as well as monetary reward, this puts Gromov on a par with a Nobel Prize winner. In fact, the Abel Prize was established to make up for the fact that there is no Nobel Prize in mathematics.

Much of Gromov's work on geometry revolves around the notion of distance. We all know what we mean by the distance between two locations, but what is slightly less obvious is that in any one space — a city centre, a map, or a region of the sky — there are several ways of thinking of distance. In a town, for example, you could measure distance along a straight line as the crow flies, or along the streets you have to walk down to get from one point to another point — in general, these two metrics are not the same. It's even possible to think about distance when the object you're considering is not a geometric space at all. In a network of friends, for example, the distance between two people could be defined as the length of the chain of people that links one to the other.

Mathematicians have a way of making the intuitive idea of distance precise. Given a collection of objects, be they the points on a map, or people in a social network, a mathematical metric assigns a number to each pair in the collection. This number is the distance between the two objects, and it has to be positive if the two objects are distinct, and zero if the two objects are one and the same. Moreover, a metric has to reflect the fact that, in terms of our ordinary notion of distance, the direct path from x to y is shorter, or the same length as, the path from x to y via z. In terms of our mathematical notion of distance, this means that the numbers assigned to the two pairs (x,y) and (y,z), should add up to a number which is greater than or equal to the number associated to the pair (x,z). 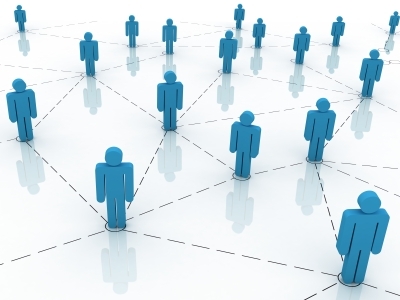 This slightly abstract definition makes it possible to define a notion of distance for any collection of objects, whatever they may be (we'll call such collections spaces from now on). What's more, you can define many different notions of distance — many different metrics — for any one space, simply by changing the numbers associated to pairs of points. In our geographical example above, one metric might correspond to distance as the crow flies, while another might correspond to distance measured along roads. A space with a mathematical metric defined on it is called a metric space.

Gromov's secret of success has been his ability to use the concept of a metric space to greatest possible effect. One of his most important results involves a notion of distance, not between points located in any one space, but between metric spaces themselves. As an example, think of two neighbourhoods in a city, for example Chelsea and Westminster in London. Each is a metric space in its own right — you can construct a chart of distances between locations for each neighbourhood, and one chart can exist perfectly happily without reference to the other. But how should you define the distance between Chelsea and Westminster, given that each area is a collection of many individual points? If you're the passenger in a cab negotiating the fare, you might define it as the shortest distance you can find between any two points in Chelsea and Westminster. If you are the driver, you might define it as the largest distance you can find between any two points in Chelsea and Westminster. Depending on what information you're trying to gain, both approaches might be useful, and there are many more besides. One which has proved particularly useful (for mathematicians, rather than cab drivers) is known as the Hausdorff distance and is based on a mixture of the two ideas we just described. 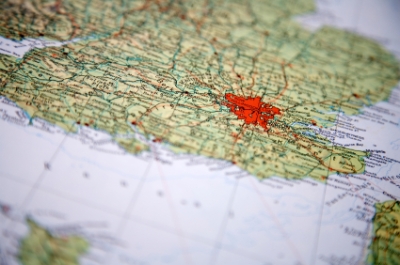 What's the distance between Chelsea and Westminster?

This is straight-forward enough, but what if your two metric spaces are not part of a bigger metric space (in this example the city of London)? What if one of them is a social network consisting of people linked by acquaintance, and the other is the surface of a doughnut? Can you still find a notion of distance that somehow reflects the extent by which they differ? Gromov's idea was to think of all the ways in which the two spaces can be visualised as sitting in a third space. For example, the doughnut can be visualised as sitting in three-dimensional space, centred on the origin, and the social network can be represented by dots sitting in the same three-dimensional space, with the appropriate distances between them. Once you have both metric spaces sitting in a third space, you can use Hausdorff distance to define how far they are apart. Based on this idea, Gromov developed the Hausdorff-Gromov distance, which can be extended to apply to any two metric spaces.

Esoteric as it may sound, the Hausdorff-Gromov distance has proved invaluable for mathematicians, and Gromov himself has derived many important results with its help. This is particularly true when it comes to an interesting class of spaces, known as Riemannian manifolds, which include a large variety of different beasts, including the sphere and the doughnut, as well as higher-dimensional spaces. The Gromov-Hausdorff distance provides mathematicians with a complete map of this large and varied collection of spaces. It enables them to discover their rich geometry by following routes along this map, and prove results about particularly exotic representatives by creeping up on them along a cleverly-chosen route. 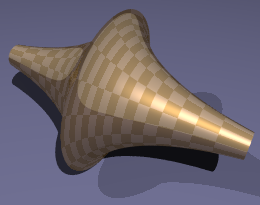 Gromov's grip on metric ideas has also enabled him to impact on algebra. If you have ever worked with coordinate geometry, you will know that algebra has an important role in describing geometric shapes: a parabola, for example, can be described by the algebraic equation y=x2. Algebra has also played a vital role in describing the wider notion of symmetry. The symmetries of a square, for example, form a neat self-contained system which can be described algebraically, and which is known as a group. Groups are useful in describing other geometric spaces too, and algebraic geometry, the study of geometry using groups, has been practised by mathematicians since the nineteenth century.

Gromov's work in this area can be more suitably described as geometric group theory — using techniques from geometry to study abstract groups. Inspired by a certain type of negatively-curved metric space, he came up with a way of defining a metric on groups. Not all groups admit this metric, but those that do are known as hyperbolic groups. Gromov came up with a programme to study these hyperbolic groups which has inspired a generation of mathematicians. 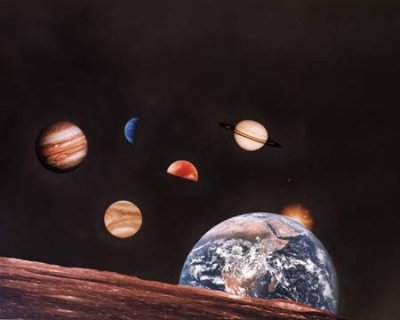 The Earth rising over the Moon. Image courtesy NASA.

Maybe surprisingly, Gromov's work on geometric spaces also influenced areas as far afield as physics. As an example, think of the three-body system formed by the Moon, the Earth and the Sun. At any given moment in time, the system is defined by the position of each of the three bodies and the velocity with which it is travelling. These are two bits of information for each body, giving a total of six bits of information needed to describe each possible state of the system over time. Taken together, all the possible sextuplets form a mathematical space — they form a collection of objects, just like a social network or the points on a map. The question is what kind of structure this kind of phase space might have. Mathematicians know that in this case, as well as in many other physical situations, phase space is something called a symplectic manifold, but the trouble is that symplectic manifolds in general are not the same as the above-mentioned Riemannian manifolds, about which mathematicians know quite a lot. Gromov's ground-breaking result in this area was based on the observation that symplectic manifolds exhibit just enough of a type of structure mathematicians are familiar with to draw useful conclusions about their nature. The theory he developed from this observation has given rise to concepts that now play a key role in string theory.

You can usually spot a brilliant mathematician by counting the number of pies he or she has a finger in, and Gromov is a case in point. This article only touches on some of his achievements — to find out more about his life and work, visit the Abel Prize website.