One L of a discovery 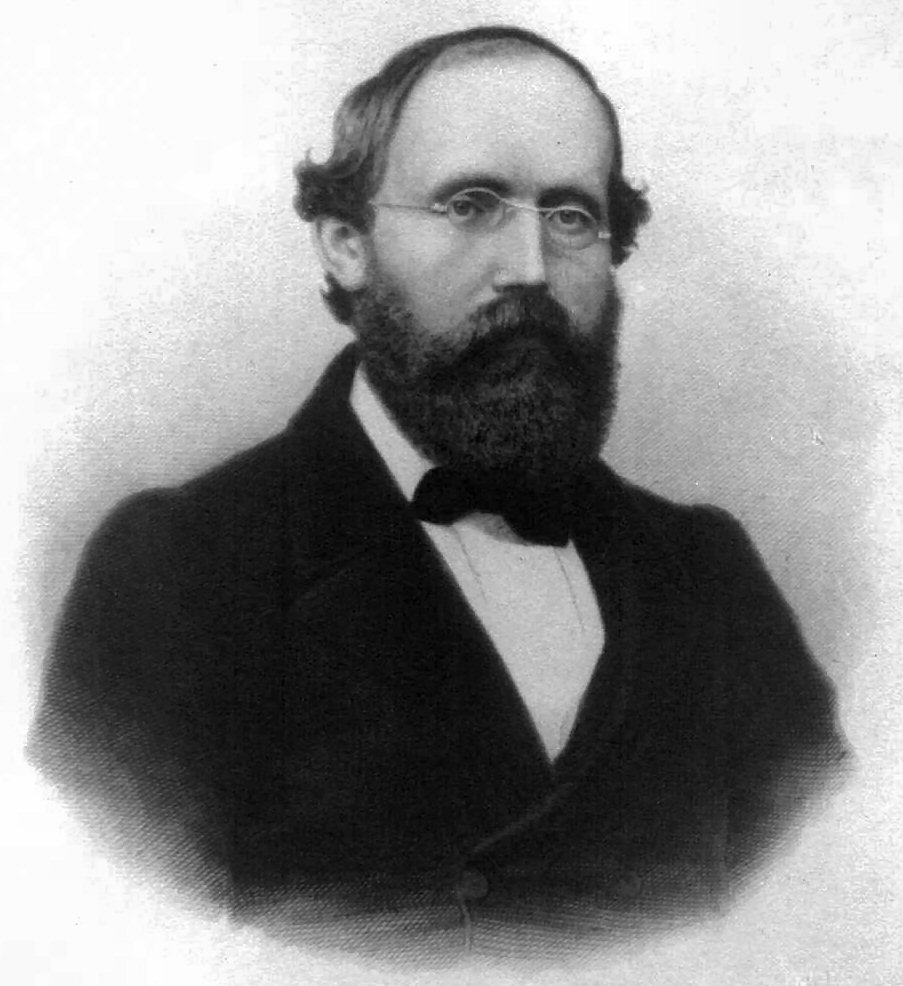 Bernhard Riemann — developer of the Riemann zeta-function, the 'grand-daddy of all L-functions.'

A new mathematical object, an elusive cousin of the Riemann zeta-function, was revealed to great acclaim recently at the American Institute of Mathematics. Ce Bian and Andrew Booker from the University of Bristol showed the first example of a third degree transcendental L-function.

The Riemann zeta-function, the "grand-daddy of all L-functions" according to the researchers, goes back to Leonhard Euler and Bernhard Riemann, and contains deep information regarding the distribution of prime numbers. Many mathematicians believe that other L-functions also contain invaluable insights into number theory. The problem is that few of them are explicitly known.

where s is a real number. On the face of it, this series does not seem to have much to do with prime numbers. However, Euler showed that this series is equal to the infinite product   which contains one factor for each of the primes 2, 3, 5, 7, etc.

The value of the series — or the lack of one — depends on the value of s. When s is less than or equal to 1, it is possible to make the sum ever larger simply by adding more terms — that is, the series does not converge, it diverges. For example, for s = -2, the series is

However, if s is greater than 1, the series converges to a finite value. Taking s = 2, for example, gives   which sums to

once infinitely many terms have been added. Therefore, as a function of the variable s, Euler's series is only valid for values of s that are greater than 1 — for all other values of s, the series adds to infinity.

Riemann showed that this continuous function of a complex variable had deep connections to prime numbers, which are not only real numbers, but also discrete. In particular, he found that the way the primes are distributed along the number line is related to the values of s for which his zeta-function is zero. He also conjectured for which values of s this happens, but he could not prove it — this is the famous Riemann hypothesis, one of the most important open problems in mathematics.

Whilst the Riemann zeta-function itself is now reasonably well understood, its L-function relatives are not. L-functions are analytic continuations of the more general Dirichlet series:

is an analytic continuation of the factorial function

that is valid not only for integers but all complex numbers. There are two types of L-functions: algebraic and transcendental. These are classified according to their degree. If the Langland's parameters are rational or algebraic (that is, are complex numbers that are roots of non-zero polynomials with rational coefficients), then the L-function is algebraic. If these numbers are transcendental (that is, non-algebraic, such as

After the announcement, mathematicians in the audience were quickly able to determine that the first few zeros of this new L-function satisfy the generalised Riemann hypothesis. The generalised form of the Riemann hypothesis was announced in 1884 and asserts that all of the non-real zeros of an L-function should have their real part equal to 1/2. Members of the highly intelligent audience were able to compute this quickly on the spot.

Mathematicians know only a few explicit examples of L-functions and the quest to find them has been at the heart of major research programmes. "This work was made possible by a combination of theoretical advances and the power of modern computers," said Booker, while Bian reported during his lecture that it took approximately 10,000 hours of computer time to produce his initial results.

Harold Stark, who was the first to accurately calculate second degree transcendental L-functions 30 years ago, said: "It's a big advance. I thought we were years away from doing this. The geometry of what you have to do and the scale of the computation are orders of magnitude harder."

Following on from this work, Michael Rubinstein from the University of Waterloo, and William Stein from the University of Washington, will direct an ambitious new initiative to chart all L-functions. "The techniques developed by Bian and Booker open up whole new possibilities for experimenting with these powerful and mysterious functions and are a key step towards making our group project a success," said Rubinstein. The project has plans for three graduate student schools, an undergraduate research course, and support for postdoctoral and graduate students.

Dorian Goldfeld, Professor of Mathematics at Columbia University, likened the discovery to finding planets in remote solar systems. "We know they are out there, but the problem is to detect them and determine what they look like. It gives us a glimpse of new worlds."