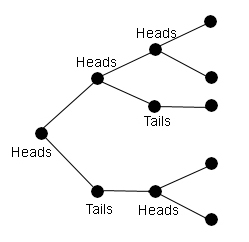 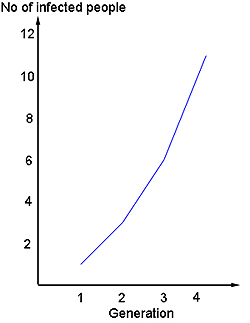 You can explore more sophisticated disease simulations with counterplague, our interactive animation (opens new window). Here the number of people infected by a sick person is decided by the throw of a die, rather than a coin, giving you more possibilities — you can choose how many people are infected for each throw (between 0 and 2) by changing the number next to the face of the die. In this simulation people recover after one time step, as indicated by a blue face. Can you work out how to set the numbers for the die faces to run the siumlations in steps 1 and 2 above? 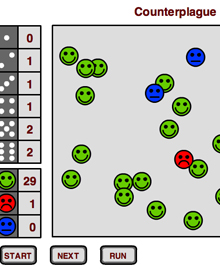