News from the world of maths: Mathematical moments - How to price derivatives

Mathematical moments - How to price derivatives

The 1997 Nobel Prize in Economics 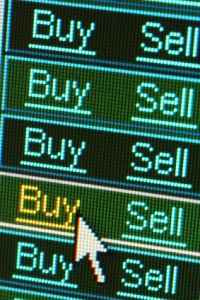 It's hard to believe these days, but bankers do occasionally base their decisions on rational and robust bits of mathematics. A central player in this context is the Black-Scholes equation, which won its discoverers the Nobel Prize in Economics almost exactly 11 years ago, on the 14th of October 1997. The Black-Scholes equation is a partial differential equation which tells you how to price options. An option is a way of reducing risk: it's a forward contract giving you the opportunity (but not necessarily the obligation) to buy a certain commodity or stock, for example fuel, at some specified time in the future for an agreed strike price. An option is an example of a so-called derivative, because it derives its value from the underlying variable (the price of the fuel).

Derivatives and options, as we all now know, can be traded in their own right, and have the potential to make people very rich, but also to break the bank (as happened literally with the Barings Bank in 1995). One important question if you're in the business of trading derivatives, is how much they should cost. Since options are all about the future, it may seem as if pricing them should involve a certain amount clairvoyancy, but in fact the Black-Scholes equation does it all for you (for a type of option called a European call). All you need to know to use the equation are the current price of the stock and strike price of the option, the expiry time of the option, the interest rate and an estimate of the versatility of the stock.

In their original 1973 paper Black and Scholes built their model on the assumption that the stock price was a function of a Brownian motion. A Brownian motion is a random motion, as you would expect to see when you let a particle float in a liquid or gas. Mathematically, you can describe it as a stochastic process: at any given time, the stock price (or the particle) moves up or down (or, with a particle, in any of the available directions) with equal probability. Using this model for stock price behaviour, Black and Scholes found that the problem of pricing an option becomes equivalent to that of solving the heat equation from physics.

The original Black-Scholes model made some simplifying assumptions, for example that shares don't pay dividends, but it is possible to work around many of these and obtain more sophisticated and comprehensive models. These have been at the heart of financial mathematics ever since. Unfortunately, Fischer Black died two years before the award of the Nobel Prize, so Myron S. Scholes and Robert C. Merton (who's name isn't attached to the equation) ended up sharing it.

If all of this makes you wonder who should really be blamed for the current financial crisis, read the Plus article Is maths to blame?

For more in-depth information on derivatives, read the Plus article Rogue trading?

O dear, sorry! It's been corrected. Well, arithmetic's only a small part of maths...