Click here for the first part of this article.

The information angle on entropy eventually provided the solution to Maxwell's problem. In 1929 the Hungarian born physicist Leó Szilárd devised his own version of Maxwell's thought experiment, involving a single molecule in a box, pistons that were moved by its motion, and of course a demon that could determine the molecule's location. In his impressively titled paper On the decrease of entropy in a thermodynamic system by the intervention of intelligent beings Szilárd analysed his device thoroughly and suggested a way in which the second law of thermodynamics might be saved: in order to work Szilárd's engine, the demon must measure the location of the molecule within it and this, so Szilárd argued, must involve an increase in entropy that balances out the decrease it would otherwise have achieved. 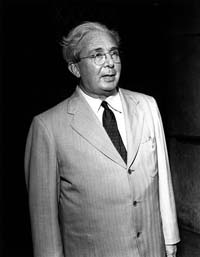 Szilárd's ideas were later picked up by Léon Brillouin and Dennis Gabor. Armed with insights from quantum physics, Brillouin and Gabor argued that the demon would have to shine a light to see the molecule. The light would dissipate some energy and this would push up the entropy of the overall system, hopefully by just the right amount to prevent the demon from breaking the law.

These ideas seemed promising, but it turned out that Szilárd, Brillouin and Gabor had been barking up the wrong tree: in 1982 the American computer scientist Charles H. Bennett showed that the measurement could be made without using any light and without increasing entropy.

At the same stroke, however, Bennett delivered the solution to Maxwell's problem. As a computer scientist, he was working with machines that are ideally suited to study entropy. Computers are information processors, but they are also thermodynamic devices in the classical sense, consuming energy and producing heat. As such they pose an intriguing question: if entropy is a measure of the information content of a system, then what happens to a computer when some of the information it stores is deleted? By the second law of thermodynamics, the corresponding amount of entropy can't just disappear, so it must be transformed somehow. Perhaps it is transformed into waste heat; the information inherent in a bunch of fast-moving, hot molecules or atoms.

In 1971 the German-American physicist Rolf Landauer had shown that this is indeed the case: waste heat must be produced whenever information is erased. A decade later Bennett applied this result to Szilárd's demon. To operate, the demon needs to continually acquire information about the molecule, and it needs to keep that information in its memory in order to know whether to open or shut the door. Not blessed with an unlimited memory, it will need to delete those bits of information to keep going. As Landauer showed, this erasure of information increases the entropy of the system the demon is part of. And it increases it by just the right amount to keep the total entropy constant. This exorcises the demon and saves the second law of thermodynamics.

Except that it doesn't, not quite. The ideas described above involve particles that are assumed to behave just like little billiard balls. Since the turn of the twentieth century, however, physicists have known that this description isn't quite right when you look at the world at very smalls scales. Atoms are made of smaller particles and these behave very strangely indeed. They are part particle, part wave; they can be in several places at once, or simultaneously exhibit other properties we'd usually deem mutually exclusive (see this article to find out more). Could the demon spring back to life within this strange quantum world? 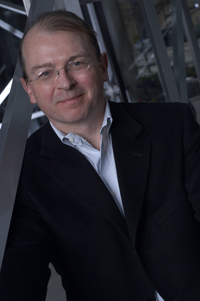 It was Lloyd who showed, in 1996, that the answer is no. (Lloyd had already contributed significantly to the demon problem in his PhD thesis on how complex systems get information.) In 1996 he showed that a quantum mechanical demon would be even less efficient, entropy wise, than a classical one. Lloyd's demon involves atomic nuclei which have an electromagnetic property called spin. When you (or a demon) measure the spin of a nucleus you will find it has one of two possible values, "up" or "down". But since we are moving in the strange world of quantum physics, the nucleus will only give you one of those values when you measure it. Before measurement, its spin will be in superposition, assuming both values at the same time. Lloyd's demon works by measuring the spin of atomic nuclei, and thereby creates information from nothing: after the measurement it knows that the spins points up, or that it points down, but before the measurement that information simply didn't exist. Since information is entropy, the demon thus increases the overall entropy. And it does so by more than a classical demon would, since a classical demon doesn't encounter superposition.

Lloyd's quantum demon was more than just a thought experiment: he and his group actually built a real device that derives energy from the measurement of nuclear spins. It doesn't involve horns, pitchforks, or even human beings doing the measurement, but functions using the interaction of atomic nuclei as measurement instruments (you can find out more in this excellent article in The Economist, or in Lloyd's original paper).

Other people have also built real-life demons. None of these devices can break the second law of thermodynamics, that is, none of them can obtain energy from information for free. A lot of energy needs to be put into the experimental set-up to make them work in the first place. But still, some of those demons may find useful applications. In recent years scientists have been experimenting with demons that can cool things down. That's a desirable achievement because cooling, that is fighting the second law of thermodynamics, is difficult and expensive. "People are willing to use a lot of energy in order to pump a tiny amount of heat out of something to lower its temperature," explains Lloyd. "For example, there is something called algorithmic cooling, which uses demon-like power to cool things down to very, very low temperatures. And even though the experimental apparatus uses a whole lot of energy, it's still worth it".

So, Maxwell's demon may not be able to break the law, but the little devil may still prove useful in battling its effect — at a cost, of course.

Seth Lloyd is professor of quantum mechanical engineering at MIT and external professor at the Santa Fe Institute. He is the author of over 150 scientific papers and of a popular book Programming the Universe. Marianne Freiberger, Editor of Plus, interviewed him in January 2014.