We would all like to think that the job we do makes a difference, but few of us would imagine that we could do this by being a mathematician. Plus talks to two consultant statisticians about how they use mathematics to make an impact in the "real" world.

Putting maths to use in the 'real' world 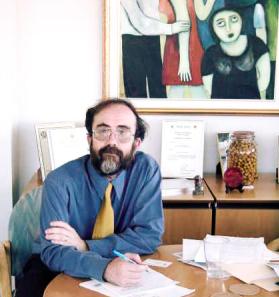 Initially DAA was run from John's home as he did marketing and built up a client base. The company grew steadily and the first full-time employee (apart than John himself) joined in 1991 and in the same year the business moved out of home.

DAA consists largely of consulting statisticians and mathematicians who, John says, "do any work of a statistical or mathematical [nature] that clients are willing to pay for". For example, DAA analyses surveys and does probabilistic modelling of electricity useage and demand at callcentres, and water consumption forecasting.

Jodie started working at DAA in April 1996 and says that it was nothing like what she had expected. "You come out of a three year degree feeling like you know a lot of stuff, but in reality you know nothing about the applications." John felt the same way after he graduated, saying that "it is a big step from university to the real world."

Often people, including clients, are surprised by just how applicable mathematics can be to real life problems. According to John, "people don't realise what maths can do - they think it is a game, or something that doesn't really relate to the real world". When Jodie tells people that she works as a statistician, many people's first reaction is to quote "you can always lie with statistics" at her. John's standard response to this is to say "Trust me, I'm a statistician"! 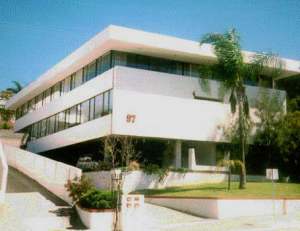 With experience in all areas of DAA's work, as well as being involved in the project management side, Jodie's working days are varied. She has a lot of experience in surveys, including those used as judicial evidence in liquor licensing cases, and often combines this work with GIS (Graphical Information Systems) by examining data from a spatial and geographical point of view. While working at DAA Jodie has completed a graduate diploma in GIS at Curtin University with the support of the company.

One of Jodie's aims in studying science was to avoid a lot of writing, but things haven't quite worked out that way, as the end product of most of DAA's projects is a report. The report must be readable by a non-technical audience and it is important that the consultants can interpret and communicate statistics for non-statisticians. "You need to be able to explain statistical processes, and know which bits to explain, and which bits to leave out", she says.

She feels that working at DAA means there is always an element of surprise. Time management is important and a lot of her time is spent at her computer, programming and preparing reports. Keeping clients informed about projects a vital part of her work, and while email has become the main form of communication, face-to-face meetings are still important.

A typical project starts with an initial meeting with the client to go over the project. "If it is a new client, we need to figure out what level of communication is comfortable, usually at least weekly updates", Jodie says. She then has to "think about what it is we are delivering". Usually, she works backwards, breaking the project down into achievable steps to get to the final product, and fitting these against the timeframe and resources available.

For most projects, the end product is a report on the consultants' findings. Then there is usually a final meeting with the client to check that they are satisfied with the work and that the presentation style is suitable, and that the language is at the right level and is understandable.

She describes one of the most appealing aspects of her work as "getting thrown a problem, like modelling a call centre, and being able to solve it and help a client".

Jodie has worked with many clients in her time at DAA, ranging from pubs such as the "Elephant & Wheelbarrow" to the Police Service and the Ministry of Justice. She is currently working with several social researchers reviewing services available in Western Australia to people with a gambling problem. Jodie's work usually involves database programming, data management and analysis. She has also been involved in modelling everything from power stations to call centres.

Neither John nor Jodie originally set out to study mathematics. Although John did well at maths in Adelaide Boys High School, even winning prizes, when he went to Flinders University it was with the intention to study Physics. "I never really saw maths as a subject to study in itself", he says. However, it only took four weeks for John to change his mind after having two excellent lecturers. "They showed me a side of maths I had never seen before," he explains. "It had been easy in school, and interesting, but they showed me it was also exciting." He ended up doing "100% maths" and graduated in 1972 with an honours BSc in statistics.

After graduating, John worked with the government on the "Over the horizon radar". A few months after he started he was offered a place at the Australian National University in Canberra to do a PhD in Time Series working with the mathematician Ted Hannon. His employer encouraged him to take the opportunity and John finished his PhD in 1976.

As John was finishing his PhD he married fellow mathematician Cheryl Praeger. At this point they were both looking for mathematics jobs, and the University of Western Australia (UWA) was the only place that could offer both of them positions. They actually applied to UWA while on honeymoon! John worked in the maths department there for three years, during the last of which he did a lot of consulting work and helped set up the statistics consulting group within the department. He then moved to the Agriculture Department, where he worked for five years as a biometrician (a statistician in the biological sciences).

In 1983 John moved out of academia to work as a consultant for Siromath, a commercial mathematical and statistical company partly owned by CSRIO (CSIRO is Australia's Commonwealth Scientific and Industrial Research Organisation). One of the biggest parts of the business was consulting for the mining industry, but they also did environmental work and work for the electricity industry. During his four years there, John worked as a consultant and also managed their software sector, where he was marketing statistics software such as NAG and Minitab. "I've always been interested in computer science as well as statistics", John explains.

This interest in computer science continued when John and his wife went on sabbatical to Oxford for a year and he spent this time working on software development. On their return to Perth in 1988 he decided to set up the company Data Analysis Australia. 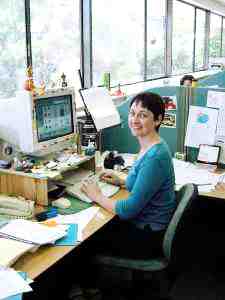 Originally, Jodie didn't even think of going to university, let alone studying mathematics. After attending the local state primary and high school in Gosnells, she found she wasn't enjoying studying, so she worked as an office assistant for an estate agent for four years. At the end of this time she realised she wasn't being challenged and decided to go to university. "I enjoyed problem solving more than writing," she says, "so tended towards a science degree. It was really a process of elimination that led to mathematics. The careers advisor at uni said that a maths degree had good employment opportunities."

Jodie graduated with a BSc in Mathematics and Computing from Curtin University at the end of 1995. During her degree, she took a year off to work as a golf caddy in Japan. She had been studying Japanese part time and saw an advertisement for Australians to work overseas. She felt "it was a chance to work outdoors for a year, which I probably wouldn't be doing after I graduated".

Jodie joined DAA after seeing an ad for a statistician in the paper. When she was finishing her degree she found that the careers office at the university no longer seemed to know what to do with maths graduates. "I wasn't concerned about getting a job, as I had my office experience to fall back on. But I was concerned about not using what I had learnt at University," says Jodie. "As there weren't many jobs in the paper with mathematician or statistician in the title the advertisement for DAA stuck out like a sore thumb."

Being a consulting statistician requires some additional skills on top of those required from other statisticians. Jodie's advice to people considering a career in this area is to "get as much communication practice as you can, verbalising problems and solutions". It is also important that you have good problem-solving skills, that you get plenty of experience of computer programming and that you can manage your time. "We tend to have very little time", she says, " and you need to be able to accept budgetry and time constraints".

Being a part of real decisions 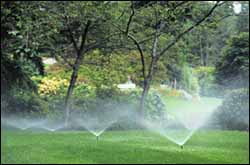 For John, DAA is still a very exciting business ten years on. He says he is still learning new applications of mathematics, and that the "sheer variety of work that we do" keeps him on his toes. "Statistics and mathematics are a generic set of skills that can be applied to almost anything. This year alone, I have worked on medical problems, in shipping and the tourism industry. Our work, our models are helping the Water Corporation to decide on water restrictions after removing the effects of weather. It is fantastic seeing this, our models helping them decide if restrictions are working."

Most of all, for John it is "great fun being called in and being a part of real decisions being made." And these decisions can be at the highest levels, such as the work John has been a part of with the Ministry of Justice, interviewing the Chief Justice and Chief Judge. Although he may not have originally thought of maths as a subject to study in its own right, it turns out that working as a mathematician is a chance to affect the real world.