The other half of the picture 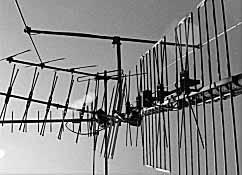 Numbers are everywhere, but half the time they seem to be invisible. When we talk about communicating, it's words that people have in mind.

Certainly much of the broadcast media devotes a good deal of effort to thinking about language - there are histories, quiz shows, magazines - and with good reason: if you want to understand what's said it pays to think about how the language is used.

Strangely, that lesson has not been applied to numbers - until now. But to understand the world, we desperately need to think about the way we use that powerful part of language which rains down on us in the form of statistics, measurement, budgets, risk, targets, indeed quantification of every kind. We need to think more carefully about numbers and the mathematics we use to work with them. Read a newspaper, listen to the news, and if you understand the words but not the numbers you'll be lucky to get half the picture. Numbers, measurement and calculation are vital, and are at the heart of much of what we do, and almost all that government does. 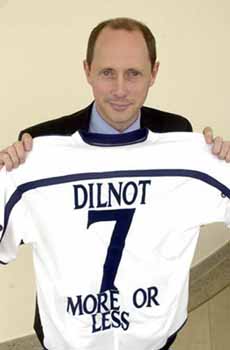 But all too often numbers mean confusion, fear and deceit, when they should bring clarity, comfort and openness. Starting this week on Radio 4 we've a programme aimed at celebrating the quantitative, shedding some light in some of the darker corners, and having some fun at the same time.

We'll be looking, for example, at all those numbers you see announcing a loss to the economy of £x million as a result of the latest strike... the World Cup ...congestion or any number of other interruptions to the daily job. Many of them are released to the media embargoed until 1 o'clock in the morning. Not easy to check, but a way of appearing to give statistical weight to a story and an easy way to get publicity in the early editions.

We'll be examining the Government's targets for nursing recruitment, asking how well we measure the state of the nursing labour market.

We'll be looking at the mathematical skills of Brazilian children selling on the streets compared with their efforts in the classroom and asking what the difference in results tells us about teaching methods.

We all know stories about the abuse of numbers, and each week we're planning a rogue's gallery to describe some of the worst cases. But we'll also be celebrating some of the most instructive. 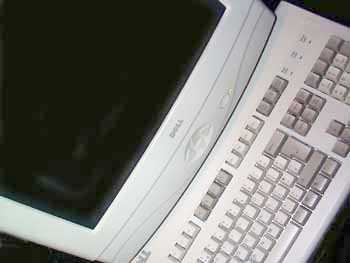 You are woken in the morning by a radio programmed to switch on at the moment you calculate allows you to be at work on time. You make coffee from a packet that was neither under nor overfilled in the factory and eat Cornflakes with just the right amount of riboflavin in them. You tune your radio to 198 long-wave and listen to an enlightening discussion of what has been happening to the number of trainee teachers.

Your children go off to a school chosen by league tables, and probably to a large extent controlled by them. You go to work and start up your computer, a piece of precision engineering which deals almost exclusively in binary numbers. You begin your day by reviewing the latest sales data/bed utilisation figures. 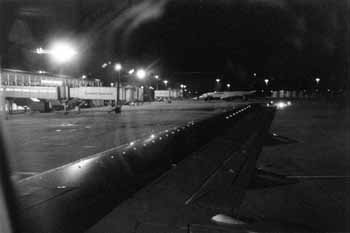 At lunchtime you go to the gym and exercise until your heart rate has reached the level prescribed by your doctor. At the end of the day you go to the airport to fly off for a week's holiday without even beginning to think about how the plane flies to exactly the right destination. From morning till night we are surrounded by numbers, often without realising it.

So they're everywhere, and crucial, and often hard-won - the good they make possible we take for granted. But there is a darker side to numbers as well. Perhaps the least convincing bit of the day in a life of numbers was the reference to an enlightening discussion on the radio about what is happening to numbers of trainee teachers. All too often, the politicians releasing figures are out to score points at the expense of less well briefed opponents or interviewees or even journalists. 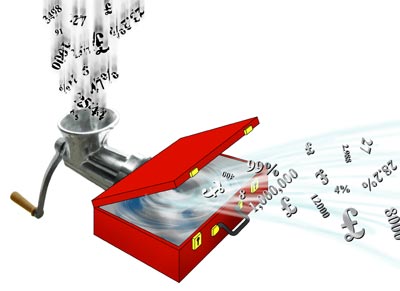 How could there be a debate about whether the tax burden had gone up or down when the figures in the government's own documents show a rise from 37.6 per cent of GDP to 39.6 per cent of GDP? How could a disagreement between the major parties at the time of the 2001 election of £8 billion be presented as radical and deep? £8 billion is less that one per cent of national income, so when the Liberal Democrats said they wanted to spend that much more per year than Labour, and the Tories that much less, it was hardly the full range of feasible options. (American public spending is roughly ten per cent of national income less than the UK, many continental European countries spend ten per cent more).

My least favourite recent number was the announcement early in the last parliament of £300 million over five years for a million childcare places. That's £60 million a year, £60 per childcare place per year, or £1.15 per place per week. Maybe childcare is that cheap somewhere. But at the time of announcement the £300 million was widely reported without being questioned. And at least in principle it's not hard to cut the numbers a politician uses down to size - anyone with a calculator or a good head for mental arithmetic can do it. Divide by 60 million to express per person in the UK, and by another 52 to express per person per week. Do that and hey presto, the announcement of an extra £20 million for NHS spending on reducing waiting times becomes 0.6p per person living in the UK per week, or about one three thousandth of the health budget.

Politicians, commentators, and the media all need to do better at setting these numbers in context, and reclaiming quantification as a tool to explain and to scrutinise. Only by embracing them as friends can we allow numbers to do for us what the really could. It's not everything, but it is quite a lot. And until we embrace them, they can continue to be used as a tool to mislead, rather than inform. 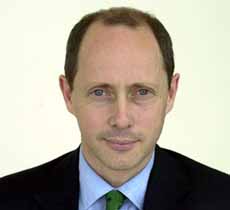 Andrew Dilnot presents More or Less on Tuesdays at 4pm, beginning on November 12th, on BBC Radio 4. He is Director of the Institute for Fiscal Studies, and says his whole career has been built on trying to understand and use numbers.

His main research interests lie in general government taxation and public spending policies, and in the impact of taxation and spending on incomes and behaviour. He has taught at a number of universities in the UK and overseas. He was awarded a CBE in 2000 for services to economics and economic policy.

You can get in touch with the More or Less team at moreorless@bbc.co.uk.