Our career interviews usually explore the wide range of careers open to people with a degree in maths or related sciences — and quite a few of them have ended up in the arts. In this issue we turn the tables and talk to an artist who, through his job, has infiltrated the world of maths. But then, are the two worlds really that separate? This article is accompanied by a podcast. 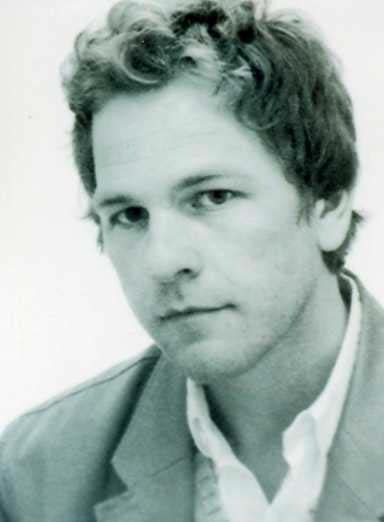 Exhibition design is not a career that the mathematically inclined tend to think about, let alone pursue.

Barry Phipps is the first interdisciplinary fellow with the Kettle's Yard gallery in Cambridge, funded by the Newton Trust. His remit is to develop projects of an interdisciplinary nature — "to find the common ground between things." While many people think that art and science are two completely separate areas of human endeavour, Phipps does not see it this way: "There is that divide, the 'two cultures' about how people are divided into artists and scientists at the beginning of their career. What I'm trying to do is create a greater dialogue between the two, so you don't have to choose between one or the other, because actually art, science and mathematics are all intrinsically related at the centre, and there is no stepping away from one to be another."

Phipps thinks that people are fundamentally similar and that a divide between the arts and the sciences is unnecessary. "We don't think differently, we're all constructed in the same way, our brains all work in the same way. I think what happens sometimes is that you are asked to choose between the two worlds, and the divide begins and you follow it through for the rest of your career."

To become the intermediary he is, Phipps undertook what he describes as a "portfolio career". He studied painting and photography as an undergraduate, and then took fine art before undertaking a research degree in continental philosophy. He chose this line of study to try and answer some of life's "big questions" as he was "always more interested in the ideas that underpin fine art, painting, sculpture and photography. What does it mean to create art, what truths can it tell us — all those really big esoteric questions."

Phipps is intrigued by what art can offer in a time where people are turning to science for answers to some of modern life's most confronting questions — "Can art offer anything like that? If not, well then how does it posit itself against science, does it posit against science, what is the relationship between the two?"

Phipps then went on to further study to gain an understanding of the historical context of the split between art and science. It was his following work in the history and philosophy of architecture that helped him gain an understanding of his own strengths and abilities to bring people from the "two worlds" together: "The predominant thing I learnt from [that experience] is that good architects can bring people together in really interesting dialogues. I can't build buildings but I can put together exhibitions and so for me this journey is about finding ways to bring people together on a common ground where we share the kind of work we have been doing hitherto."

Phipps's first exhibition was entitled Lines of Enquiry: Thinking through drawing. The theme of the exhibition was how people use drawing and visual representation as communication tools. He gathered various examples of drawing from architecture to genetics and astronomy. "The material we got back was just incredible — it was just phenomenally interesting."

His next exhibition was the recently completed Beyond Measure whose aim was to "look for a common theme that can draw together the departments of the University of Cambridge with the wider fields of research." Explaining the aims of the exhibition, he said: "As the theme of the show suggests, geometry, which began as a tool used to measure the Earth, has since become fundamental to generating and mapping new terrains of science. It is also a question for artists about our engagement with a calculated world." (You can read more about Beyond Measure in the Plus article Beyond Measure.)

Phipps is interested in the way people visualised science and mathematics in the days before computers, and so Beyond Measure included many hands-on exhibitions. "I'm really very interested in haptic understanding — the way that you learn through your fingertips."

Expressing unhappiness about the fact that many science exhibitions simply put the exhibit behind a glass pane, Phipps wants to do more than showcase an interesting historical artefact and raise questions, but engage the viewer. "What I do as exhibition organiser is open possibilities. It's not for me to define answers, and I want to do more than just raise questions, as exhibitions tend to do these days. I want to allow people to see the work, engage with it as an object, and then hopefully be able to work deeper into the understanding of what that model, or what that Klein bottle or what that drawing is trying to do. I think I've got some really interesting people who are very articulate and thoughtful and able to communicate some of that much more difficult stuff to the lay person."

Phipps is keen to not only display methods of visualisation before computing, but also show how this has developed with the advent of modern computing. To do this, he has displayed the work of such people as Geoff Bryant, who works for Wolfram Research and visualises "higher dimensions of thinking", for instance string theory. "I'm also interested in bringing new forms of software, new understandings, computer interactions, to see how that's developed, right up to contemporary notions of visualising things like string theory." 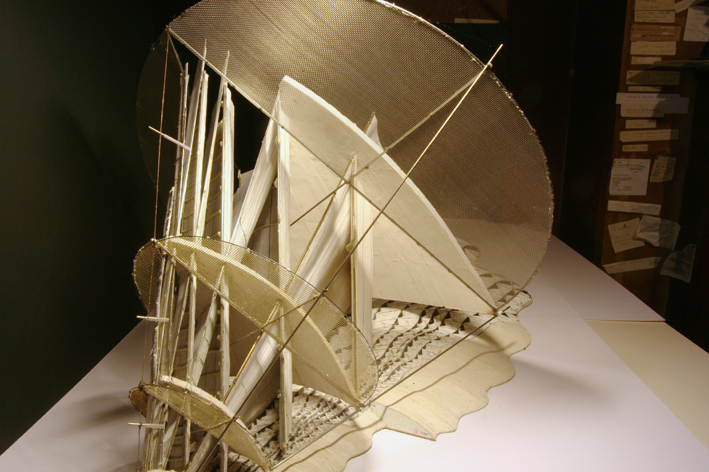 Over sixty contributors are using the gallery in Beyond Measure. They include a new sculpture by John Pickering and the Smart Modelling Group at Foster + Partners, work by Turner prize winners Keith Tyson and Richard Deacon, virus-structure models produced by the Nobel winning biophysicist Professor Sir Aaron Klug, Professor Sir Roger Penrose's geometrical explorations of the mathematical foundations of the physical universe (as featured in Plus) and Tom Dixon's pylon chair.

"For the most part, people are working in very specialised fields which historically have built up there own specialised vocabularies. And so for the most part, and this is true of both scientists and artists, people are very good at speaking to other scientists and other artists but find it somewhat difficult to help other people understand just what it is they're doing. Using the gallery in this way, we can begin to unpick some of that stuff, and hopefully generate new dialogues between subjects."

Phipps also works at the Institute of Astronomy in Cambridge and is very interested in the relationship between contemporary art and astronomy. He has recently run a symposium on "The aesthetics of astro-photography" concerning the manipulation of images from the Hubble Telescope. The way he sees it, thanks to modern software, photography these days is as much about capturing the image as image manipulation. "With the emergence of Photoshop, it's all manipulated imagery, and we have to understand what that manipulation is and how the two worlds are actually doing more or less the same thing but to different ends."

So after working with mathematicians, astronomers, chemists and countless other scientists, does Phipps think of himself as an artist or a scientist? "I'm just someone who thinks along with artists and scientists. Obviously having trained as a painter in my early career, I did experience that division of two worlds, so I feel I know what I'm talking about. People say to me, 'Well, I'm not a good drawer, I can't draw!' which is just ridiculous, everyone can pick up a pencil and trace a line. In the same way that everyone can think with numbers, it's not something that someone else does, you're doing it all the time! It's just that some people have practised it more. I think there is a common ground to be had, and it's my role within this fellowship to find this common ground."

And what is next beyond Beyond Measure?

Listen to Barry in the June Careers Podcast.

Marc West is Assistant Editor of Plus.