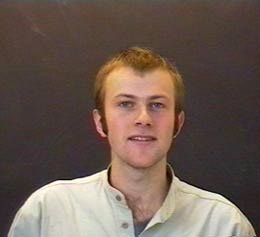 Following his A-levels, David spent his gap year doing an Art Foundation Course before going on to study for a Mathematics degree. "It was great, the course was excellent and quite flexible. I had a job at the same time working as a chef in a local restaurant and travelled during the summer holidays". He did have to meet some other challenges in that year.

"I'd wanted to do an Art Foundation for my gap year and had to do a lot of work for that to get a folio ready, but at the same time I had to get ready for doing a Maths degree. I applied for a deferred entry in Maths at Cambridge and had some interviews. Unfortunately I didn't get one of the grades in my Step papers and so that kind of shook me up a little bit."

"Then during the Art Foundation course I went back to my school and did some further studies with one of my teachers to get me ready to re-apply and do another interview. Following that I got a place. Doing that extra study was very useful, I had to be self-directed. It made me realise what it would be like, the changes between sixth form and university."

Was it difficult to get back to studying Maths at the end of the gap year? "You can if you are disciplined. I found that I was only as 'rusty' after my gap year as I was coming back after any summer holiday, because you get out of the swing."

David's advice is to "keep your options open" as a student. "It is easy to be pigeon-holed at a very early stage by other people or by yourself. At GCSE you can be so broad in what you want to do. At A-level it is quite tough having to decide on three subjects but you can still go for it if you want to do something else. I know someone who took a second gap year to do A-level Biology so that she could do medicine because she needed another science."

After his GCSEs, David did AO Maths and "that was fun and partly why I chose to do more Maths than other things in my A-level subjects. I did Double Maths as well as Physics and Art. My older brother did Single Maths. He found that a disadvantage when he went on to do Engineering, so that was another reason for my choice as well as just enjoying Maths."

David says choosing to do a Maths degree was "a personal thing. I just think it is compatible with having to get a job and provide for ourselves."

"Initially university was quite a bit of a shock to the system. It took about a couple of terms to get into the swing of it. The nature of the questions changed so much from A-levels. Beforehand you would just go to the question and see what to do straightaway. Whereas to sit at your desk for half an hour in front of a question trying different things out, sometimes without getting anywhere -- I think you expect quite a lot more from yourself and it is quite discouraging. It's just learning to give yourself enough time."

Some of the topics he enjoyed on the degree course were optimization, probability and stochastic financial models. "Maybe it's because some of them are quite new, they are not really steeped in history. You see them as more relevant to things which you do today. I liked graph theory too."

Art, Maths and the future 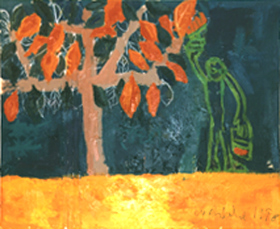 David sees his interests in Art and Maths "as complementary but different". He does not want to explore mathematical ideas artistically. "Some people do but for me it would be untrue, so contrived and forced. People have both emotional and rational sides and in Art I prefer a more emotive approach."

He is pursuing his involvement in Art which he has had to put to one side while doing his degree, particularly during term time. He is also planning to do some supervision teaching during the coming academic year as well as voluntary work. "I've never felt that there has been an off-the-shelf career that I've wanted to leap into, I'm just enjoying exploring possibilities at the moment. The sort of job I'd like would be a mixture of one where a rational way of approach is useful and is also people based. I don't expect Art to be my number one wage earner, but if it turns out that it is then fine."