To generalise or specialise? 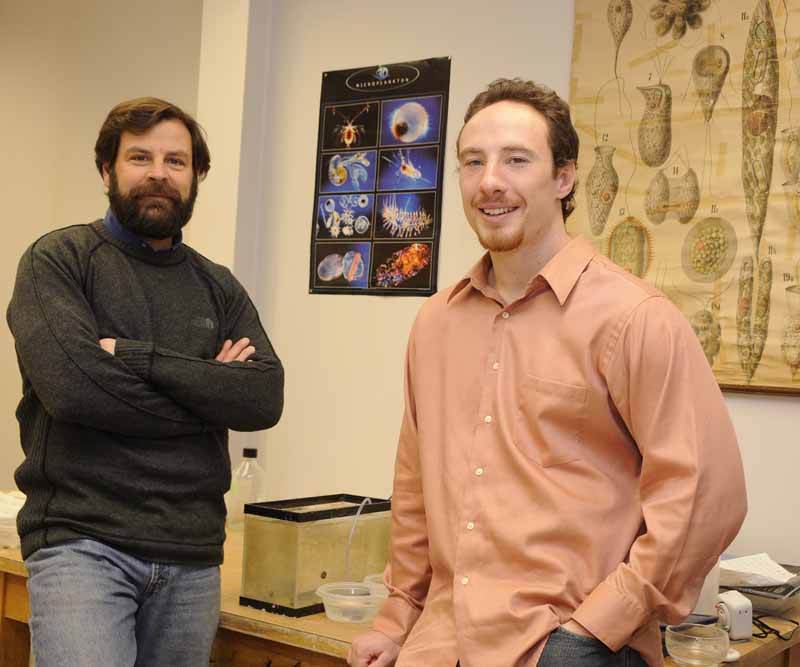 According to most biological theories of evolution, individual members of a group tend to gravitate towards specialist tasks. These models describe some societies very well, such as ant and bee colonies where distinct worker and soldier classes exist and individuals are either one or the other, but not both. These classes serve the ongoing survival of the society.

However, new research by scientists at Ohio State University suggests that societal duties do not need to be assigned by a division of labour (DoL) where every individual has a specific role. Researchers Anthony D'Orazio and Tom Waite argue that generalists have a definite role to play and that this holds true for environments as varied as a single cell, an ocean colony of sea anemones or even a small cookie business. The research appears online in the Journal of Theoretical Biology.

D'Orazio and Waite initially became interested in DoL models as they tried to understand a colony of sea anemones that conventional DoL models do not describe well. The anemones are members of a clonal aggregation, which means that each member is genetically identical to the next. Despite this, the brainless sea anemones exhibit two distinct behaviours — they are either warriors or reproducers — and surprisingly, conventional DoL models can not predict when each type of behaviour will occur. They also cannot account for the observed fact that the anemones can switch roles, sometimes seemingly randomly.

By relaxing the first assumption, the researchers showed that generalists, despite paying some extra costs, can coexist with specialists. Relaxing the second assumption showed that this coexistence can hold even when generalists often perform the wrong task. They conclude that error-prone generalists persist most commonly in situations in which their mistakes do little to jeopardize group success.

The researchers based their model on the way wasps construct nests. Successful construction depends on the completion of two separate tasks: water or pulp collection (task one), and nest building (task two). Each task is either completed by a specialist or a generalist, with task one needing to be completed before task two can begin — you can't build a nest without material. In the model, a group is successful if at least one agent completes task one and another completes task two. The completion of the task influences the fitness of the individuals — a factor determining how well they reproduce and pass on their type to the next generation. Successful completion of a task increases the fitness of an agent by conveying a benefit b, whilst there is a cost c associated with undertaking a task. Specialists always complete their tasks but pay a small cost in doing so depending on the task, whilst generalists pay an extra cost Δ on top of this. Generalists flexibly decide which job to do, although they only decide the correct task to do part of the time. This brings about an additional cost and is included as an extra factor ζ. In discrete time, the frequency p of agent type i in the next generation t+1, with fitness ω, is given by:

Fitness is defined as:

A group of agents with a low fitness level leads to a smaller population of that agent relative to the whole population at the next generation. The researches ran this equation for each agent type through to equilibrium points at which the number of individuals with each role had stabilized, or the society had died out. They found that incomplete DoL can emerge in societies even when generalists make mistakes and pay extra costs for their multitasking capacity.

"What this modelling showed me is that there are conditions under which it actually helps to have some generalists, especially for fairly small groups, some individuals that you might think of as Jacks- or Jills-of-all-trades or multitaskers," said Waite.

"You might actually have to pay them more and they might often do the wrong task, but if you don't have them, this whole notion of specialisation leading to greater economic productivity might actually be wrong."

The researchers use the example of a small cookie business to illustrate the point that specialisation does not necessarily lead to greater economic success. Imagine that a business employs three workers who are all specialists - two cookie makers and one cookie seller. If the seller happens to be sick, the business must shut down for the day as the other employees can not undertake the seller role. To solve this problem, the business could hire a fourth person, but that could be quite expensive and they may find their role redundant. Another possibility is to keep the three employees but train one of them in both tasks. In this scenario, you may lose some time and money when training them, and they may make some mistakes in completing both roles, but you safeguard yourself against the situation where one specialist is incapable of performing its role.

These results go against some long held beliefs, even going back to Greek philosopher Plato, who argued that societies require specialisation to be productive and efficient. However, D'Orazio thinks that, at least for biological purposes, the new model will set a standard for future work.