It will take another Newton to explain how the Universe began, and the University of Cambridge is preparing the ground for them.

Neil Turok and Malcolm Perry, co-directors of the new Centre for Theoretical Cosmology (CTC), have ambitious plans to build the nest that will nurture the next Newton. They hope that by attracting the brightest young minds and providing them with the right support, these young researchers can develop the models of the beginning of the Universe that will drive observational cosmology for the next 20 years. 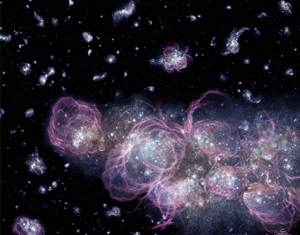 Research in theoretical physics in the 1980s focused on the inflationary model of the Big Bang — that there was a super rapid expansion of the Universe which among its effects included a variation in density that eventually formed the structures of the Universe as we know it today.

"Quantum field theory and grand unification [these are mathematical descriptions of elementary particles, read more in the Plus article The physics of elementary particles] were the dominant ideas around 1980, and out of those came the idea of inflation, which then set the agenda for observational cosmology," says Turok. "Now most of observational cosmology is actually framed in terms of testing this fundamental picture which came out of inflation, though it is only in the last 10 years that the measurements have become precise enough to test it in detail."

Theoretical physics has moved on since the 1980s. Turok explains: "In the intervening time, we've learnt that quantum field theory and grand unification are not the correct description of the world at a deeper level. Instead people have turned to string theory and M-theory — which are now our best candidates for unified theories of physics — but so far these developments have not impacted on cosmology very dramatically." (See Plus article Tying it all up.) So Turok and his colleagues want to create a centre for research that will apply these developments to what happened at the Big Bang, a question so far completely unanswered. "The point about the CTC is to do now what people did in 1980, to develop new predictions and set the agenda for the next 20 years of observations. Can we find ways of testing string theory and M-theory using cosmology?" But they are not focusing on data that is available today: "We're really trying to think what will be possible from observations in 20 years time — it's real blue skies research." 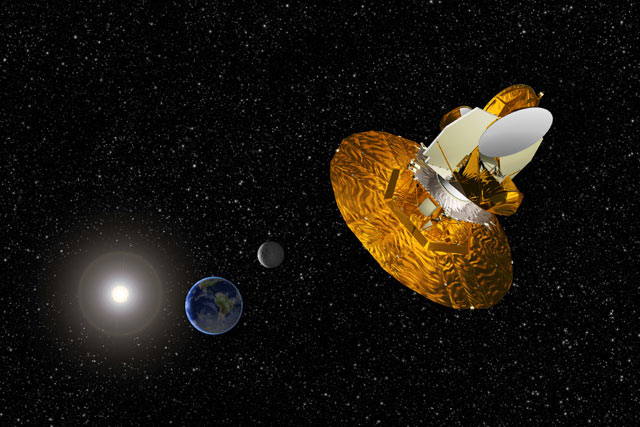 The CTC is now being created in the maths faculty at the University of Cambridge, which Turok and his colleagues hope will attract the brightest young researchers from around the world and expose them to the best research. The centre will provide a combination of new funding for PhDs and longer-term postdoctoral fellowships, an expanded undergraduate programme involving remote study and intensive summer schools, and a programme of distinguished visitors. The centre will support these young researchers in pursuing the most ambitious of scientific goals: to understand the beginning of the Universe. "We don't want them to do a particular project, we want them to do very ambitious, original, cutting-edge research," Turok says. "We can't do this with existing grants, which are always project-based and you must specify in advance what the research is going to do. Whereas we believe the best research is done where you allow people the freedom to do new things."

"It's a challenge", says Turok, "how do you set up an environment that really stimulates innovation? You've got to create a very enthusiastic and rewarding atmosphere, and I think here in Cambridge we are in a unique position to do this." Cambridge has geographical and political advantages over other research centres (such as those in the US) which make it easier for researchers from all over the world, including countries like Iran and Pakistan, to come and work here. A large group of distinguished cosmologists already make Cambridge one of the centres for research in the field, and with high-profile members such as Stephen Hawking the department is able to attract not only sponsors and students, but also public attention. And there is an incredible scientific tradition at Cambridge — Newton, Maxwell, Dirac — all founders of modern scientific theory and all were in Cambridge.

Turok and his colleagues have looked at some very different organisations for their inspiration for the CTC, such as the Harvard Business School and Los Alamos, all centres that provided a creative hotbed for research in very specific areas. As with these examples, attracting the brightest young minds from across the world is pivotal. "I believe the presence of many different cultures in science is a huge strength," Turok says. "And rather than becoming an ivory tower, you need an influx of highly motivated young people."

The CTC has entered the first phase, with three international postdoctoral students having just arrived, and the initial programme of visiting scholars being developed. In 5 years' time Turok expects the centre to comprise up to 50 scholars.

"We think that in the centre here we can be the strongest place in the world for working out the theoretical consequences for fundamental theories for observable cosmology. It's a very ambitious plan and I think we have a chance of doing it."

Find out more about the Universe and its beginning in Plus article Stephen Hawking's 60 years in a nutshell and about string theory and M-theory in Plus article Tying it all up.