This year has seen a flurry of results as mathematicians hunt down the elusive proof of the twin prime conjecture.

Prime numbers are the fundamental building blocks of number theory, with every integer being expressed in exactly one way as a product of primes. Mathematicians have known there are infinitely many primes since Euclid's proof over 2,000 years ago, but they have struggled for centuries to understand how the primes are spread among the integers. Prime numbers become sparser as you look further up the number line, but they are also clumpy, sometimes bunching together in groups.

The Twin Prime Conjecture states that there are infinitely many pairs of prime numbers which are separated by just two, like 3 and 5, and 29 and 31. This conjecture has been around for over 150 years but so far no one has been able to prove that it is true. What is worse, until earlier this year, it was not even proved that there is any finite number N so that there are infinitely many primes that are N apart (the twin prime conjecture would correspond to N=2).

In April this year the mathematician Yitang Zhang astounded the mathematical community with his result that there is such a number N and that it is less than 70 million. This might not sound like a big deal but was an astonishing breakthrough: this was the very first time someone had proved the result was true for a finite gap. And although a gap of 70 million is very large, it is a lot less than infinity. 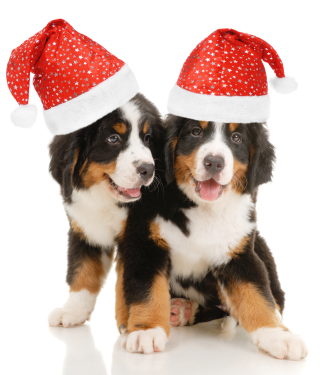 Could a proof of the twin prime conjecture arrive in time for Christmas?

But the excitement didn't stop there. Mathematicians realised that Zhang's techniques could be used to push the gap down further. Zhang's chose 70 million essentially to make his proof simpler. In less than a month mathematicians had reduced the gap to 60 million. Terry Tao (who was awarded the Fields medal in 2006 for work that included a ground-breaking result about the distribution of the primes) created a collaborative project to push even further and many mathematicians joined the battle with the famous conjecture.

The collaborative project has been an astonishing success. "At times, the bound was going down every thirty minutes," Tao told Wired Magazine. But June the gap was down to 50,000 (as reported in Twins move within reach) and by the end of July it was just under 5,000.

Now, in a paper posted online just weeks ago, James Maynard, a postdoctoral researcher at the University of Montreal, seems to have reduced the gap to just 600. There is now great excitement that a combination of Maynard's techniques with Zhang's will push this bound down even further. Who knows, as the number theorists have been so good this year, perhaps Santa will answer their wishes and give them a proof for a gap of 2 for Christmas!

For more information you can read an excellent article in Wired, "Sudden Progress on Prime Number Problem Has Mathematicians Buzzing, and Gil Kalai's blog has information the latest results.

So amazed that The Twin Prime Conjecture states that there are infinitely many pairs of prime numbers which are separated by just two, like 3 and 5, and 29 and 31.