Building agency in the biology lab

Don't be fooled into thinking this sweet little English nursery rhyme is just for kids—physicists love it too. That's because it wonderfully illustrates the concept of entropy, or disorder, which tends to grow over time. You can break an egg into random pieces, but you can't put it back together into an ordered state of an intact egg. Similarly, you can pump a bunch of molecules into a corner of a room, but once they've spread across it, they won't come back together. In fact, any isolated physical system is destined to become ever more disordered. We're so used to it that, if we came across a video showing one of these processes going in reverse, we'd immediately assume it had been doctored. 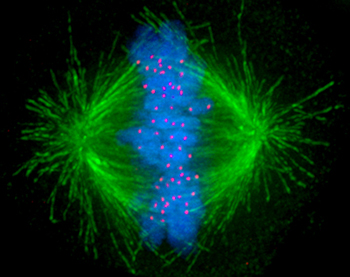 These observations are codified by physicists in the second law of thermodynamics, which says that the entropy — roughly speaking the disorder — of an isolated system will never spontaneously decrease over time. The system, in other words, will become less ordered, if left to its own devices. But life itself appears to completely contradict this second law. Living systems constantly form highly ordered systems, in which entropy appears to decrease. That's because life has agency and purpose, even though its inanimate physical components do not. Cells can divide into new cells, and a lump of tissue can grow into a more ordered configuration of five separate fingers, say — despite being made up of molecules that aren't alive. Most scientists refuse to believe that the mysterious properties of life are down to some magic pixie dust, separating living matter from inanimate objects. Yet there is still no real scientific explanation for why and how agency arises in living systems.

"I think it is pretty weird that we have surrendered as physicists a part of the universe called the living," says Rob Phillips, a physicist working in the biology department at the California Institute of Technology, in Pasadena. "I actually think it is completely unacceptable." He and his colleague Matt Thomson, also from Caltech, are trying to get to the bottom of how agency arises from purposeless physical laws. Their approach is simple. Rather than coming up with an abstract theory of how things might work, they're trying to build agency from scratch in a simple laboratory system and study it.

Agency can be defined in various ways in different contexts. For Thomson's and Phillips' purposes, agency allows cells to do some pretty amazing things. Tiny molecular machines, which are responsible for most forms of movement in cells, can read and respond to changes in their environment with great force — they could actually lift a tiny weight if you tied a rope to them. An example is the mitotic spindle machinery which expertly pulls apart the chromosomes (which contain genetic material) of the human cell at just the right time, every time the cell divides during the process of mitosis. Another example is how bacteria survive by reducing their rate of division when they find themselves in an environment where there's no food — a type of hibernation. It is the ability to read and respond to such signals that constitutes agency in biology.

Thomson and Phillips believe that the key to understanding agency is demystifying this read-and-response mechanism. Take for example a molecular machine that pumps potassium ions into a cell in response to something that is going on in its environment, creating a higher concentration of such ions on the inside than on the outside. What it actually does is take stock of the world and enable changes, apparently decreasing the entropy of the system. "If I played you a movie you would say 'that's weird, it's going from low concentration to high concentration' — exactly backwards relative to what our intuitive notion of the natural order of things would be," says Phillips. But that does not mean any fundamental laws of physics are being broken. Rather, it's "because we are not paying attention to the pump," he explains. Phillips' gut feeling is that when we look more closely at such pumps we'll discover that they are not actually mysterious at all — there may well be another reaction that is going in its natural direction and increasing entropy that drives this apparent "weird backwards Humpty Dumpty thing" that seems to be decreasing entropy overall.

The duo has already managed to build a system which will enable them to study this phenomenon using components of cells. Just as a building has a foundational scaffolding, cells have cytoskeletal filaments. These are made up of dynamic polymers called microtubules, which are involved in pulling chromosomes apart during cell division. The team, led by Thomson's graduate student Tyler Ross, found a way to isolate these microtubules and couple them with molecular motors—creating what biologists call active matter. They then used light to control the system using a well-developed technique called optogenetics. By shining a light on the system, they made the motors link up and microtubules bundle and organise into structures. The team's initial experiments show these systems can be powerful, creating microtubule networks that can span several hundred microns in length and contract at greater speeds than the individual motors. 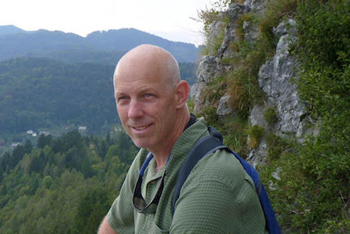 To investigate agency in particular, the duo plans to build molecular sensors that are able to read out the current state of the system, such as the location and speed of the moving microtubules. To turn them into agents, the sensors will be empowered with a controller that converts measurements into action using light, according to a script based on theoretical models — much like DNA holds our genetic code and provides instructions for making proteins in our bodies. In this way, the team will be able to continuously tweak the system in order to study how its physical properties affect the agent and its operations. "We want to work out the full physics of the interactions," explains Phillips. "And we want to continue to develop this system so it becomes a tool box to explore this notion of agency."

Theoretical physicist Tanniemola Liverpool, at the University of Bristol in the UK, says the research is a rather "exciting new development." That's because it represents the first successful "control" — referring to the read-and-response signal — over active matter, albeit crude compared to actual living systems.

Meanwhile, bioengineer Manu Prakash, at Stanford University, in California, is also impressed, saying that the work is "awesome" and "quite beautiful." Prakash and his colleagues have already demonstrated that tiny droplets of food colouring can sense one another and move just like cells with agency do in a process known as chemotaxis. He is optimistic that many of the mysterious properties of life, such as agency and other behaviour, can be understood and explained by existing physical laws in the next decade or so. And the best place to start, he argues, is by simplifying systems — in this case finding the simplest system that can possibly exhibit agency. "That's what I like about this work because the actual structures and the molecules they are using are very, very simple."

Thomson will continue to build more systems, says Phillips. And although it's difficult to speculate what it may lead to, there could be a number of applications coming out of the research in the form of programmable active matter devices. Phillips himself, however, is driven by more fundamental questions. By tackling the puzzle of agency, he may also be able to improve the theory of thermodynamics itself. Thermodynamics ultimately describes systems that are in equilibrium, in a state of balance. The reason it is at odds with living systems is that life is not in equilibrium — molecules are constantly being transported and rates of chemical reactions are changing. "Thermodynamics never fully realised its dream," says Phillips, adding that his research gives an opportunity to control a non-equilibrium system with enough of the complexity removed so that physicists can play with it the way they are used to.

"Many people are arguing that we are living in the century of biology," Phillips adds. "But until physics gets it house in order, we are missing out on being able to be helpful to biology."