It would no doubt please Einstein, with his appreciation of the value of creativity, that the Institute of Physics (IOP) has commissioned a new work from Rambert Dance Company to celebrate the centenary of his "miracle year". In 1905 Einstein published three groundbreaking papers that provided the foundations for three fundamental areas of physics. In March, he published his theory that light exists as discrete particles, now called photons, laid to rest the idea of "ether" and set physics on the path of quantum mechanics. In his paper in May on statistical mechanics, he calculated the paths of particles undergoing collisions with molecules in a fluid or gas, describing Brownian motion for the first time. 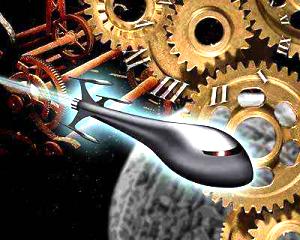 And in his most celebrated work of that year, he unveiled his special theory of relativity - the idea that space and time are not absolute - and later went on to develop his most famous equation, e=mc2, relating energy and mass. (You can read about Light's identity crisis and Backgammon, doubling the stakes, and Brownian motion in previous issues of Plus.)

This astounding splurge of scientific creativity and understanding is called by historians Einstein's annus mirabilis, or "miracle year". The IOP is celebrating the centenary as Einstein Year, part of the World Year of Physics. And to form part of the celebrations they have commissioned Rambert Dance Company to produce a new work based on physics and Einstein's theories.

"Dance is an expressive medium and it will be ideal for abstract concepts like the theories of Einstein on everything from tiny atoms to the dynamics of the whole cosmos," said Jerry Cowhig, Managing Director of the IOP's publishing company, who commissioned the work.

Although the subject matter might seem ill-suited to choreography, dancers are intuitively aware of physics. "Dance is about time, and symmetry in space," said the new artistic director of Rambert, Mark Baldwin, who will be choreographing the work. "The physics of the body is always with us."

According to Baldwin, all aspects of the performance - the lighting and music, as well as the choreography - will help to convey the ideas of time, space and light. "The good thing about dance is how the combination of the elements makes something stronger than they would be on their own, creating a theatrical experience."

Both Rambert and the IOP are heavily involved in educational work, including visits to schools that are likely to form part of the support programme for this collaboration. According to Dianne Stilwell from the IOP, they are keen to make the most of access to students who might otherwise not consider physics as an option, such as teenage girls, who are an obvious audience for Rambert's school visits.

Baldwin hopes that dance will make the ideas of physics more accessible. "People do physics at school," he said, "but it is not necessarily something they think is to do with their everyday life. It's not what you think of when you look at the night sky, that you are looking at the speed of light that has travelled from a star that might not even be there now."

The process of collaboration is already underway, with a meeting between physicists and Rambert planned for August. But the rest of us will have to wait until the work debuts in May 2005, to see how the physicality of dance will illuminate the physics of Einstein.