Get ready for the Games: Olympic logic

While the athletes are flexing their muscles, why not train your brain with these two Olympic puzzles? There'll be another two tomorrow.

Given the following clues, can you work out the number of gold, silver and bronze medals that France, Italy and Japan got? 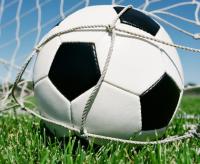 Three teams A, B and C have each played two matches.

Three points are given for a win and one point to each team for a draw.

The table below gives the total number of points and goals scored for and against each team.

Fill in the table and find the scores in each match.

These brain teasers come from our sister site NRICH, which also has detailed teachers notes for them.

Read more about...
mathematics in sport
olympics
Tweets by plusmathsorg