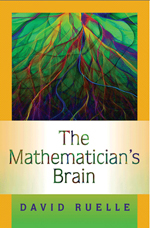 The mathematician's brain: A personal tour through the essentials of mathematics and some of the great minds behind them

I will tell you all about the book, but first I want to tell you what it felt like to read it. It felt like being back at the beginning of my adventure into mathematics. It felt like the first time the history, culture, and philosophy of maths were unfolded before me. Here is a subject vast and pristine, powerful and ancient and ever-new, embedded in the world and history, emblazoned with personalities dark and bright, and open for exploration. This is a great book of mathematics. I read it at a time when my colleagues and I were choosing a single popular mathematics book to distribute to first year undergraduate mathematicians. We wanted one to not only teach them some maths, but also about what mathematicians do, about what it means to be a mathematician, about the history and philosophy of the subject, the background which all mathematicians share, about the culture of mathematics, our way of looking at the world. Ruelle's book fulfills all of those criteria in a way few others have managed.

The intended audience is "the old-style philosopher (i.e., you and me)" whom Ruelle defines as the "curious and cultivated person." The key thing about such people is not their extensive technical knowledge but their inquisitiveness and eagerness to improve their minds. No great mathematical background is required to begin the book, but contained within is a lot of what Ruelle calls "real mathematics." Indeed, the first nine chapters present an overview in English of much of the development of modern mathematics. Understandably, some of this is quite hard, but the personable style and overall clarity of writing make even tough ideas approachable.

Make no mistake that the mathematics in this book will take you a long way down the rabbit hole away from high school maths, but it is almost always presented in terms of ideas rather than jargon and formulae. These are "ideas that Plato could understand," not meaning that you must be Plato's intellectual equal, but that ideas are presented in such a way that their meaning is uncovered by clearing away the linguistic difficulties we often have in approaching them. (This linguistic problem arises from our lack of mastery of the technical language in which they are cloaked. This language is necessary for deriving the ideas, but is not what they are. Ruelle says that there is a "perpetual tension" between "the need to be rigorous" and "the need to be understandable.") So for example we see Klein's Erlangen Programme very clearly introduced in 6 pages by "star[ing] at figures".

David Ruelle is an accomplished mathematical physicist, and although there is one breathless chapter on the applications of mathematics, he mainly concentrates on the formal side of mathematics (how it works), the structural side (how parts of it are interrelated), and the cultural side (what mathematicians are like, and how mathematics connects to the larger world of culture). Indeed in this latter aspect he doesn't shy away from outlining what he calls the "less than admirable" connections between mathematics and the people who make it. For example, taking a swipe at intellectual snobbery he says that the view that mathematicians "have access to the [...] world of pure forms, eternal and serene, and share its beauty with the Gods [...] remains popular with many mathematicians [... because] it puts them above the level of common mortals." (He points out that such mathematical Platonism cannot be accepted uncritically, and discusses the issue at length.)

More importantly in this context, he goes on to describe how mathematics has been sullied by its use as a tool of discrimination in Soviet Russia, exploding mathematicians' view of "mathematics as living in a serene world of forms, beauty, pure ideas" and rather showing that "here it sits among other tools of repression." In doing so, and in recounting later examples of the moral strengths of some colleagues and weaknesses of others, he provides an important lesson in iconoclasm which should bring many scientists and their heavy-breathing admirers down to earth. A scientist's expertise in one technical area of life need not make her a moral exemplar. (Likewise, of course, one whose profession it is to give moral guidance need not be correct in the "science" he preaches.) While discussing the great and some might say tragic Alexander Grothendieck, Ruelle says "People [such as Grothendieck] with moral preoccupations, and courage, are uncommon. And scientists do not rate better than average in this respect."

These quotations recall the "personal" in the subtitle A personal tour through the essentials of mathematics and some of the great minds behind them. But the real focus is on mathematics, what it is, what it does, where it comes from, where it is going, and why we should value the journey. Ruelle admits that he is not the first to raise the questions of what scientific thinking is and where scientific creativity comes from, but his thesis is that the best way to address them is to study what scientists do. The best way to do that is to be a scientist! What he writes is based on his own experience and introspection (not very scientific this, he acknowledges) and conversations with other scientists, and so is not dogmatic and not presented as such. An exemplary science for such study is mathematics, because it is essentially independent of checks against the real world.

Ruelle plays up the human nature of what we call science, that it depends on the human brain to the extent that "what [an] intelligent alien species would understand (and be interested in) might be hard to translate into something that we would understand (and be interested in)." Indeed, he argues that what we know of knowing has changed over time, and so we moderns, even if not particularly great scientists as individuals, have a deeper understanding of the nature of reality and the relationship between our mental and physical worlds than did the greats of the past. On the other hand, he is keen to distance himself from the view that "a scientific text, like any other piece of literature, is just a reflection of the socioeconomic conditions under which it was produced."

The 23 chapters are short — around 5 to 6 pages each — and so the book can easily be dipped into in spare moments (although it should really be read linearly). The extensive notes section adds over a page on average to each chapter, outlining background mathematics, and presenting digressions, historical tidbits, quotes from and short biographies of famous mathematicians, and even a multilingual analysis and appreciation of poetry.

The mathematics begins in earnest in chapter 2 as does the witty style: "If you have reasonable command of the English language and a modicum of visual intelligence, you will have understood the above considerations and quite likely found them mortally boring." Soon after we do something "for the hell of it" and then learn that "The ancient Greeks loved arguing, and they loved geometry because it gave them a chance to argue and to come to indisputable conclusions." But the book is by no means trite or trivial: reading it is like attending a series of informal lectures by a brilliant and personable professor who can pour forth knowledge spiced with a personality cultivated by a lifetime of living. Offhand references to important events and cultural references of the last century or so may prompt a reader younger than Ruelle's 72 years to rush to a history book (or more likely Wikipedia), adding to the charm and value of the book. The first eight chapters present a great deal of deep mathematical ideas, and we also learn that some results are deemed interesting, that those results seem to organise themselves into meaningful and natural structures, and we begin to question why this should be the case.

Thus armed with a common language, in chapter 9 we begin to consider the nature of the human brain and its relation to "this extraordinarily nonhuman thing that we call reality." The remainder of the book addresses the big question "how natural are the concepts and structures of mathematics?". Along the way we go through notions of brain structure, the structure of computers, mathematical language and texts, the nature of the mathematical discovery process and the types of brains (or personalities) it is associated with, the psychology and aesthetics of mathematical discovery, consciousness, infinity, error-checking, psychoanalysis, a how-to of mathematical invention, mathematical physics, emergent phenomena, and beauty. (Spend any time with a mathematician and you will hear a lot of talk of beauty, but does it signify anything in the real world? Or is it a culturally-acquired thing, such that, like a sheep in sheep dip, after being immersed for long enough in the cleansing bath of rigor the tics of confusion and imprecision are washed away and beauty is allowed to shine through in all its fleecy purity?)

Destined to become a classic and recommended reading for anyone serious about mathematics, this book is inadvertently described by the author when he discusses reading Plato: "one has the delightful impression of conversing with a very intelligent, open- minded, and pleasant man."