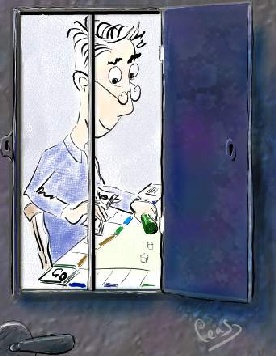 Dr. John Haigh, a mathematics lecturer from the University of Sussex, has found the ultimate strategy for winning at Monopoly: use the help of a computer!

Dr. Haigh wanted to discover which were the best squares to buy and build hotels and houses on. He wrote a program that simulated an enormously long game - more than ten million rolls of the dice - in order to discover which squares players were most likely to land on. While greedy players are tempted to go for the high-rent squares such as Park Lane and Mayfair, he found that the orange squares - Vine Street, Bow Street and Marlborough Street - are the handiest squares to own, because of their proximity to the Jail square.

"Because Go To Jail is the most frequently visited square, you need streets which your opponents are likely to land on when they are released. The orange and red squares are best and the green and light blue the worst, because they are not favoured by their positioning to the jail", he told Michael Fleet of the Daily Telegraph.

Dr. Haigh has recently published a new book, Taking Chances, which is all about using probability in everyday life.

Dr Haigh’s calculations are an example of the application of a general method called the Monte Carlo Method. This method is sometimes used to calculate a quantity which has an exact value, but which is unknown, by using many random "trials".

For example, suppose we want to know

, the probability of getting two ones when we roll a pair of dice. Obviously, we could calculate this exactly, by simply using the standard methods of probability:

. But suppose that we didn’t know that, and wanted to use the Monte Carlo method instead. What we would do is roll a pair of dice thousands of times, either by hand or more likely by getting a computer to do it. We might get 273 double ones in 10000, so we would estimate that

Dr Haigh got a computer to make millions of dice rolls and used those rolls to work out where a Monopoly player would move on the board. What he was trying to find out was the relative probabilities of landing on each possible square in the game, and the Monte Carlo method gave him approximations to those probabilities. He found that the probability of landing on Trafalgar Square was greater than landing on any other street name.

Random dots falling inside (pink) and outside (blue) a circle.

Another famous example of the Monte Carlo method is to calculate

. Get the computer to generate two random numbers

lies somewhere randomly inside a square of side 2 units. Do this thousands of times, and count up what proportion of the points also lie inside the circle (you can tell whether a point does or not by working out whether

). The proportion inside the circle is an approximation to

(because the circle has area

but the square has area 4). This gives roughly the right answer, but you need millions of points to get anything like a good estimate!