News from the world of maths: Attacks on the foundations of calculus

Attacks on the foundations of calculus

George Berkeley was an Irish bishop and philosopher who is best known for his attacks on the logical foundations of the calculus as developed by Newton. 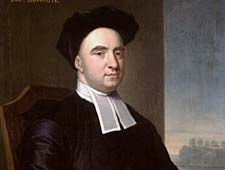 Berkeley started at Trinity College, Dublin at the tender age of 14 and graduated with a masters when only 18 years old. His attacks on the foundations of calculus were first aired in 1734 when he published The analyst: A discourse addressed to an infidel mathematician. The infidel mathematician is believed to have been either Edmond Halley or Isaac Newton. He argued that although the calculus led to true results, its foundations were no more secure than those that underpin religion. He stated that the calculus involved a logical fallacy and described derivatives thus:

In modern language, this could be read as:

His interesting theory as to why the calculus actually worked was that it was the result of two compensating errors.

As a consequence of the controversy surround Berkeley's publication, the foundations of calculus were rewritten in a much more formal and rigorous manner using limits. It was not until 1966, with the publication of Abraham Robinson's book Non-standard Analysis, that the concept of the infinitesimal was made rigorous. This gave an alternative way of overcoming the difficulties that Berkeley found in Newton's approach.

Berkeley's influence in mathematics is reflected by the fact that the University of California, Berkeley, and the city of Berkeley that grew up around it, are named after him. Berkeley died of a heart attack on 14 January 1753, sitting with his family listening to his wife reading. He died so peacefully that the event went unnoticed, his family thinking he had fallen asleep. He left instructions that he was not to be buried for at least five days and was buried at Christ Church, Oxford on 20 January.

For more information, see the MacTutor biography of Berkeley.