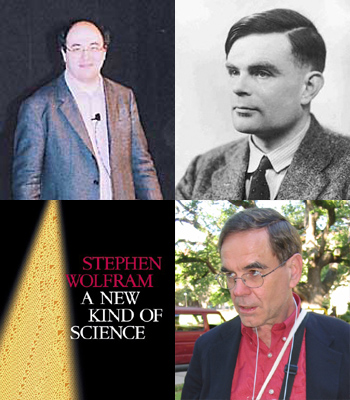 A 50-year old mathematical problem has thrown up enormous debate in the last month, and its resolution is worth no less than $US 25000.

However, this result, and the $25,000 Wolfram 2,3 Turing Machine Research Prize, is now being seriously debated.

Professor Emeritus Vaughan Ronald Pratt, one of the earliest pioneers in the field of computer science, has questioned the proof in a none-too-subtle way by saying:

"Not wanting to push my luck I'll settle for one question. How did an argument containing such an elementary fallacy get through the filter? [...] Had I pushed my luck my second question would have been, who has verified this proof that has taught an automata theory course at a suitably accredited institution?"

You can read the whole critique here.

The issue has been raised due to the awarding of the Wolfram 2,3 Turing Machine Research Prize by Stephen Wolfram — founder of software company Wolfram Research and developer of mathematical software program Mathematica.

In 2002 Wolfram wrote his modestly entitled 1,200-page A New Kind of Science. The prize is for proving a speculation that Wolfram made, that a simplified Turing machine — which is a mathematical model of a computer, and therefore quite theoretical — could in principle run any conceivable computer program.

The idea of a Turing machine was first proposed in 1936 by British mathematician Alan Turing. The theoretical machine scans a ticker tape printed with a string of symbols, with that line of tape in a particular state. For each symbol it encounters (say an asterisk), it applies a very simple rule such as:

"If your symbol is an asterisk and the cell is in state 1, then replace this with a blank cell, move one symbol to the right, and assume you are in state 2."

For a simple example of the machine's computing power, consider the addition of integers. We can represent an integer by a string of asterisks — ** represents 2, and **** is 4. To add 2 and 4, ** and **** are printed on a tape, with a blank space between the two strings, and the row is designated to be state 0.

The machine then acts according to prescribed rules. In this case, the machine would start by observing the first cell and obeying the following rules: