Infinity is a pain. Its paradoxes easily ensnare the unsuspecting reasoner. So over the centuries, mathematicians have carefully constructed bulwarks against its predations, finally seeming to have it at bay.

But now cosmologists have developed theories that put them squarely outside the mathematicians' "green zone" of safety. And as the mathematicians might have predicted, infinity is having its way with them. Spectacularly.

For instance, imagine that, bang!, the atoms in the room spontaneously coalesce into a fully functioning brain next to you. This odd scenario is really, really, really unlikely — but not, quite, impossible, as physicist Ludwig Boltzmann realised in the nineteenth century. Boltzmann's farout idea is now causing cosmologists fits, because they have come to believe there is an infinity of time and space. In that case, "every stupid thing that can happen, will happen, infinitely many times," says Raphael Bousso, a cosmologist at the University of California, Berkeley.

Cosmologists are not happy about this state of affairs, but it gets even worse. A real universe, as ours presumably is, may be even less likely to develop than a brain spontaneously blipping into existence. Taken to an extreme, their calculations suggest that we, and the entire universe around us, might well just be a dream in a Boltzmann brain.

But nobody seriously believes that. Boltzmann brains are just phantasms, cosmologists say, showing them that they haven't gotten their mathematics right. "Well, I hope we are not Boltzmann brains," says Alexander Vilenkin, a cosmologist at Tufts University. "But it's hard to prove."

An explosion of universes

The problems began when many cosmologists came to believe that a fantastically fertile multiverse spews forth a mind-boggling profusion of infinitely many universes every second. If that isn't strange enough, each universe in the multiverse may have its own version of the laws of physics. 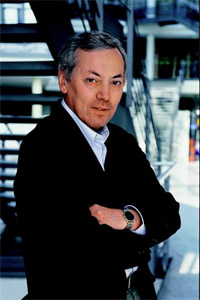 Cosmologists have been pushed into this incredible vision because it's the only way they can make sense of the mathematics that does such a good job of explaining more mundane features of the Universe, such as the Big Bang. But they acknowledge that they don't have proof yet. "This model hasn't been directly tested the way people have tested electricity, for example," says Sergei Winitzki of the Ludwig-Maximilians University in Munich. "It's obviously not easy to create a universe in the lab and see how it expands."

Even without practical experiments, the cosmologists have to find some way of verifying their theory, or they're not doing science. "The point of science is the more we understand how things work, the better we're able to predict," says Jaume Garriga of the University of Barcelona.

So cosmologists, trying another tack, reason this way. Suppose I want to predict what your height is. If I know that half the people in the world are between 5-foot-4- inches and 5-foot-8-inches, and less than 1 percent of people are taller than 6-foot-6 or shorter than 4-foot-6, I can guess that you are around 5-foot-6-inches tall and expect not be too far off. Further, if I find out that you're actually 12 feet tall, I might suspect that my initial information about probabilities was wrong.

To explain why, imagine that the multiverse is like a weird bank with infinitely many vaults, some containing bags of money and some empty. To contain all those vaults, not only does the bank have infinitely long corridors, it also has infinitely many floors. It's your lucky day: you get the money in one vault, chosen at random. So, what are the chances you're going to strike it rich?

On the first floor, you notice that the vaults with even numbers have money and the odd ones don't — a 50-50 chance of riches! But on the second floor, there's money in only every tenth vault. On the third floor, it's every fifth. You check the first vault on each floor, but then you discover that you hit it rich only every hundredth room. Now you feel a bit faint as your jackpot seems to fade.

Your confusion comes from a basic mathematical conundrum. By choosing different ways to count, mathematicians have shown, you can get any answer you want. So really, you have no idea what your chances of instant wealth are.

In the multiverse, each universe is like a vault in the infinite bank, but instead of bags of money, the universes have different values of the cosmological constant. And, just like your ill-fated venture in the bank, cosmologists can get any answer they want by choosing how they count. "Without a way of calculating probabilities, cosmology is a dead science, it doesn't exist," says Vitaly Vanchurin of Tufts University. "At first, I thought, this is crazy, this is not science. But if we cannot answer this question, we can't do cosmology." 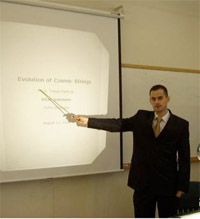 One approach cosmologists are pursuing to solve this problem is to figure out which way of counting is the right one. Then, they figure, they can count that way only, and ignore the answers they could get by counting some other way. Another approach is to prune the universes down to some finite size, thus avoiding the infinity problem entirely. Both approaches seems plausible, but neither one has panned out yet.

Still, the cosmologists are optimistic that they'll figure out a solution. "There's a lot of evidence pointing at the possibility that the universe really is eternally inflating," Bousso says. "If that's true, then surely there's a way of computing probabilities. Don't ask me why, but nature likes to be explainable."

Infinity, on the other hand, likes to be ornery.

Why would someone find Boltzmann brains hard to believe?

A Boltzmann brain would seem to be rarer than a universe, to me anyway, a universe can be sort of a random blob with laws of physics conducive to evolving complex behavior, a Boltzmann brain has to go "SNAP I am a brain now!"
The average Universe probably never creates a Boltzmann Brain.
But there are still infinitely many, just like there are infinitely many integers.
For that matter, consider what happens if you notice that "I think therefore I am." applies to data about a Boltzmann brain. It doesn't have to be in any specific laws of physics other than numerical logic.
Then of course we point out that Not only does Quantum Mechanics demand a continuum number of universes based on our laws of physics, but Logic itself demands an infinite number of logically inaccessible universes with whatever self-consistent laws of physics they could possibly have, sans simulator.
So we can exist either as a simulated entity, or one that isn't simulated.
Which is more likely? I am gonna say the second due to the odds of random goop being googols of orders of magnitude more likely in any given rule-set than sentient beings randomly forming.
Think of it this way, Nobody ever proposed the theory of Random idiot design for why we exist.
On the other hand, while top-level Boltzmann brains would be exceedingly unusual and rare, top-level universes would produce brains that may act the same.