Plus Advent Calendar Door #20: The tree of life 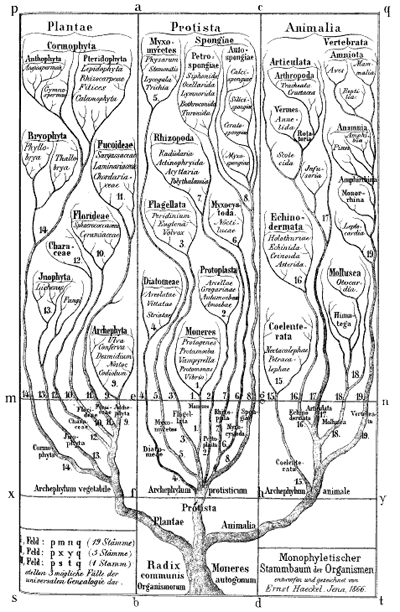 At the heart of the theory of evolution lies a beautifully simple mathematical object: the evolutionary tree, which depicts the evolution of species, like ourselves, from other species that came before them. The big question in phylogenetics, the study of genetic relationships, is how to infer the evolutionary tree from the information we have about existing species and fossil records.

In Darwin's time this would have involved looking for outward resemblances like the ones between humans and apes. These days scientists look at molecular information and gene frequency data to infer similarities. Whichever method you use, one way of dealing with your information is to try and come up with a single number that quantifies the difference between any two of the species in question.

Once you have such a number for each pair of species you are faced with a mathematical question: given the distance information, is there a tree that realises it? And if yes, how many different trees are there?

To find out the answer, and to learn more about the role of maths in phylogenetics, read Reconstructing the tree of life.