Where is the next generation? 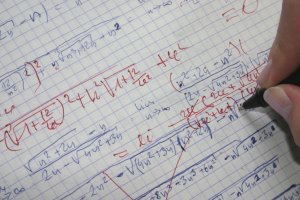 Maths education at school has come under attack again, this time from the UK Mathematics Foundation. Under the headlining question Where will the next generation of mathematicians come from?, the foundation called together experts from all areas of mathematics and education to address the title question "at all levels", from secondary school and teacher training, to graduate and postgraduate study, and graduate employment. The meeting was called as a direct reaction to the government White Paper "14 - 19 Education and Skills", which was itself in part a response to the Smith report (see Plus items The Smith report: making mathematics count, Post-14 post Smith, The permanent revolution and Wisdom from above).

A preliminary report on the meeting was released in June, and, like the Smith report, gives a damning verdict on the state of mathematics in the UK: "the present situation is far worse than is generally admitted ... at every level the UK is no longer producing sufficient competent mathematicians to supply the bulk of its core needs". The report says that if the number of students taking maths A level decreases further - it has already shrunk from 85,000 in 1989 to an alarming 54,000 in 2002 - then "the UK is in danger of becoming totally dependent on imported intellect". This is not only worrying for industry and universities, who in an increasingly mathematical world need more and more mathematicians, but also generates a vicious circle: if the current trends continue it will be "increasingly hard to recruit secondary mathematics teachers with A level mathematics, let alone with a good mathematics degree".

The report gives several root causes for this dismal state of affairs, most of which were already highlighted in the Smith report: a lack of qualified and inspiring maths teachers, the fragmentation of the maths syllabus into bite-sized pieces which, though easy to swallow, fail to inspire students, and the lack of support and challenge given to the more able students. A "crude consumerist model" of education has led to the conclusion that the unpopular product, i.e. mathematics, has to be made cheaper, i.e. easier, leading to a dip in student performance and boredom for those who enjoy maths. League tables and the focus on assessments force teachers to teach for exams only, leaving no space for the harder parts of the syllabus and the "bigger picture".

The government's responses to the Smith report were, the report says, inadequate. The financial incentives for teachers, like "golden hellos" and increased grants for PGCE students, were not sufficient. The "acceleration" scheme, which allows more able students to take exams and study material from a higher level, merely means that those students have no time to develop enthusiasm for the subject. They are simply hurried on for "more of the same". Other initiatives, the report says, were either not radical enough, or "carved up" between different departments and agencies, so that they have become so fragmented as to be ineffective.

We know, of course that many of you Plus readers out there are precisely members of that "next generation", and those who teach, motivate and inspire it. The ongoing debate about the quality of maths education, and the constant changes must at times be demoralising. But there is an encouraging point in this latest report: it says that the key to reversing the downward trend is not to make the unpopular product cheaper, or to dress it up to make it look friendlier, but to rediscover what it was that once made it quite popular. What makes for enthusiastic students and inspired teachers is the satisfaction that comes with understanding maths and recognising its beauty - and this is something that Plus wholeheartedly agrees with.

You can read the preliminary report on this University of Manchester web page.

Can Plus cure crazy scientists? 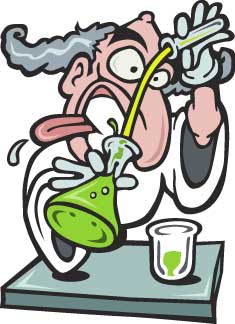 As part of his BBC 4 program Under Laboratory Conditions the neuroscientist Daniel Glaser asked a group of school children to draw a scientist. What he got back were images of men with wildly staring eyes, their hair standing on end and foam at the mouth. One kid even added the word "mad" with an arrow pointing to the unfortunate creature.

There's no doubt that scientists (and, as far as this stereotype is concerned, mathematicians are probably included) need a good dose of obsessiveness to do their work, and even that some of them, like Einstein himself, are quite fond of eccentric hairdos. But to promote this passion to full-scale mental illness, complete with foam at the mouth, is really quite unfair of the kids - and very worrying if the kids' opinion represents that of a wider section of society.

What stereotypes like this one show most of all is that science is still regarded as inaccessible and exclusive by many people. But science (and technology) underlies so much of modern society that everyone should have the confidence and opportunity to engage with it and learn about its products. Most importantly, young people should not be deterred from taking up a career in science by visions of old men with large beards scribbling on dusty blackboards or producing green fumes.

Not everyone wants to spend years studying the ins and outs of quantum theory, but, as Plus hopefully shows, it's possible to inform about science, in this case maths, in a fun way that is accessible to many people. If we can dispel some of the stereotypes, turn more young people onto maths and engage the interest of the older ones, then we've played a valuable part.