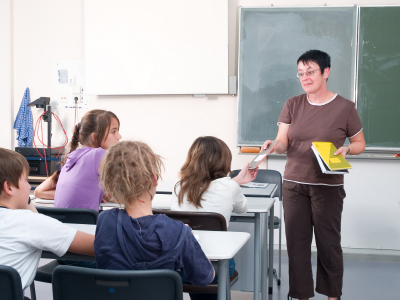 A wrong decision at GCSE can jeopardise A levels success.

The independent committee of maths education experts is concerned that the division of maths into two separate GCSEs, without a clear expectation that the majority of young people will take both, could mean that some pupils will not be exposed to more challenging maths questions.

ACME has published a statement today calling for the Government to make it clear that at least 60% of pupils should be entered for both maths GCSEs when they are rolled out nationally in 2010.

Speaking on behalf of ACME, Professor Margaret Brown — a member of the committee — said: "If properly designed and implemented, the new GCSEs could be a very good thing. They should expose the majority of pupils to a greater range of types of question and provide them with both a deeper understanding of maths and greater competence in applying their skills to everyday life and employment.

"The danger in 'decoupling' the two GCSEs is that the 'compulsory GCSE', without the second GCSE, will not provide the proper foundation for further study at A-level. Pupils must not be misled on this issue. Without taking the two GCSEs they would have to undertake some form of supplementary study to go on to face the demands of A-level. Realistically this means that some pupils could potentially have their options for studying maths at a higher level closed off if their GCSE options are restricted at 13 years of age.

"Furthermore if schools only have to report on the compulsory maths GCSE for league tables, they may focus on this to the detriment of the second maths GCSE."

ACME says in its statement: "There need to be incentives, at least for the first few years, to ensure that all English schools and colleges offer [both GCSEs]."

Professor Brown said: "The Government should send a strong signal to schools, teachers and parents that most pupils should expect to study both of the maths GCSEs. We will be failing young people if we do not give them the opportunity to come to grips with the more challenging aspects of the subject. ACME believes that both GCSEs can be taught to the majority of pupils without a significant increase in timetabled teaching.

"The risk of not properly preparing pupils for further study could be that the Government falls short on its own targets to increase the numbers studying maths at A-level.

"Furthermore, the awarding bodies are designing the new GCSEs now and it is critical that they get them right. For this to happen they will need to take into account the range of students that will be expected to take each of the exams. Otherwise, for example, we may end up with a situation where the second GCSE becomes an exam only for a few of the brightest students."

You can read ACME's position statement on its website.

Permalink Submitted by Anonymous on October 31, 2014

I particularly remember when I used to look for past papers and markschemes rather than actually studying back when I was in college. After I graduated I made a project for uni to collect the resources in one place for other students to actually save the time and study! It’s Pastpapers.net : ) Spread the word!