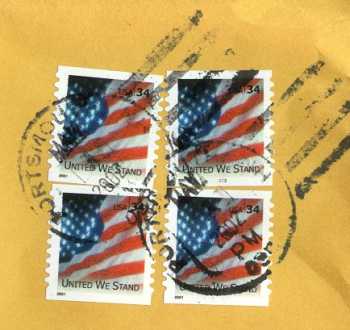 A year after the September 11 attacks, mathematicians are helping the defend against future terrorist attacks. Glenn Webb, a mathematician from Vanderbilt University, has teamed up with Martin Blaser, an expert in infectious disease from New York University, to model the recent anthrax attacks.

Six letters packed with trillions of anthrax spores are thought to have been posted after September 11, resulting in 22 people developing anthrax, with 5 of these cases fatal. In their model, Webb and Blaser tracked the infected letters as they initially entered the system at a mailbox and passed in turn through local sorting offices, regional distribution centres, local sorting offices again, before finally being delivered to their intended recipients.

At each stage the researchers estimated the risk of spores spreading from infected letters to other pieces of mail, based on how the mail was handled. These cross-contaminated letters contained far fewer spores than the originals - but still enough to put recipients at risk of contracting inhalational anthrax, with that risk increasing with age. (Recipients under 25 need to inhale 4,500 spores to have a one in ten chance of infection, whereas it only takes 450 spores to put a person over 65 at the same risk.)

Webb and Blaser estimated that over 5,000 unwitting recipients received cross-contaminated letters, and that despite the low levels of contamination - the vast majority of letters contained between ten and a hundred spores - the sheer number of letters meant that two or three recipients could be expected to fall victim.

"What is very striking is that only one of the deaths was the recipient of an original letter", says Webb. "The much greater danger is to postal workers and to the recipients of cross-contaminated letters. So the threat is much greater than what people believed earlier".

The cross-contamination model explains the deaths from inhalational anthrax of two elderly women who had no connection to the original infected letters. It also highlights the risks to postal workers. Webb and Blaser suggest that the rapid vaccination of this group prevented a larger outbreak. "If, God forbid, there were another outbeak" Blaser says, "the model could be used to work backwards to identify the groups of people who need to receive antibiotics or vaccine."