Was it T.S. Eliot who, asked what advice he would give to an aspiring poet, said "to get a nice steady job in a bank"? David Spaughton works in a bank - but doesn't spend his life behind a counter, explaining why overdrafts can't be exceeded just like that. He works for an Investment Bank - Credit Suisse First Boston - producing and maintaining software for use in futures markets. We interviewed David in his office at Credit Suisse in London.

We also met a member of David's team - Anton Merlushkin, who studied Applied Maths and Physics at Moscow University before doing a PhD at Swansea. Anton had to spend some time as a trader before working on financial modelling software with David. 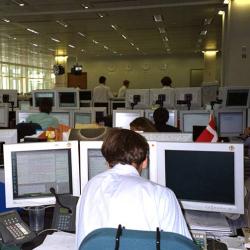 First of all, we asked David to tell us about school, and his subsequent choice of University course.

"I had rather an odd education. I went to a school called Stoneyhurst, in Lancashire, until I was sixteen, and then moved to a crammer - Davis, Laing and Dick - to do A levels in a single year. I then did the Cambridge entrance in the fourth term. I did Pure Maths, Applied Maths and Physics at A level, and then applied to Cambridge to study engineering. "We asked whether it had always been in his mind to go to university. "Both parents encouraged me, although neither of them had at that time had been to university themselves."

It may seem strange that with that set of A-levels, engineering should be a first choice of subject. David told us that his main interest had always been in physics, and the choice of engineering was mainly pragmatic - with an engineering degree you can get a job and safely rely on earning money. He found that mathematics kept on coming up, throughout the course - differential equations - over and over and over again - in thermodynamics, in fluid dynamics. Some people start a University science course wondering whether anything they learn at school will ever prove useful in the next three years - but David found that the school-level mathematics kept on coming up - "It was all very useful. Oddly, the pure as well as the applied maths - and even geometry came up from time to time!" The first two years of the engineering course were broad-based, but in the third year there are different options available, and David took a business orientated option - operations research and statistics. 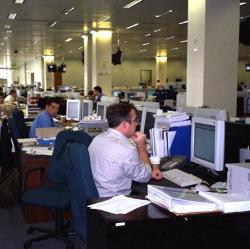 Very few of those that study engineering become what might be thought of as "proper" engineers, wearing safety boots and hard hats, and for David the direction of his future career in finance wasn't long in appearing. After graduating, he went to work for a management/engineering consultancy - W.S.Atkins - and stayed there from 1975 to 1982. During this time he worked on computer programs which helped plan large steelworks. "Many of these steelworks were in developing countries, and with the World Bank as a leading lender, they wanted the companies to employ management consultancies to check that the money was being spent properly. So - already I was drifting towards the financial side of things." 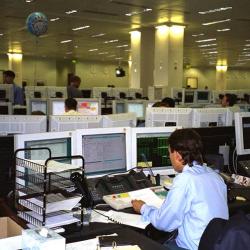 "The job after that was the one where I started to get into mathematics much more" It was in 1984 that David moved to the Bankers Trust in London. It was in 1984 that the Bank of England gave licences for banks to do foreign exchange options in the London market. The Bankers Trust were looking for a systems analyst, and it was this that really caused the complete change of career into the financial markets. From then on, life got increasingly mathematical!

But before we go any further, for any readers who are not completely au fait with the financial markets and terminology - here is a useful crib-sheet!

At the core of David's work then and now is the Black-Scholes equation, a partial differential equation which allows dealers to price options. Like all partial differential equations, solutions depend on many factors - or boundary conditions - and solutions do not come easily! A great deal of computation is required to deliver timely prices to the traders. In 1985 Bankers Trust started currency option trading, and in 1986 David moved to Tokyo, still working on options, but now linked to the Nikkei index.

The Eighties was a key time for options trading. The discovery of how to price options with Black-Scholes awakened a great deal of interest in the financial community, and the humble IBM Personal Computer was suddenly available on every trader's desk with sufficient computing power to deliver timely solutions. David fulfilled the need by providing the required mathematical modelling programs. 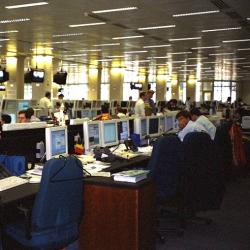 In 1990 he moved back to the UK and to Credit Suisse Financial Products, to set up a group that would take global responsibility for the development of a derivatives pricing model, as now all traders and marketers need to use models to fix prices in derivatives trading. This new job took off in a really big way, and now David is in charge of 35 people. The job, he told us, "has increased over the years with the widespread introduction of the PC, and the steady increase in available computing power. Available computing power remains one of the big barriers! As markets become more efficient, we are asked to model more and more risk factors. The job expands to fit the power available."

We talked about the makeup of the group, about the sort of people recruited for this work. David told us that out of the 35 in the group, only three had come with any previous experience in the financial markets - the rest were recruited straight from university. Were they recent graduates, or PhD's? "They don't have to have PhD's, but the majority do tend to have them in applied mathematical subjects. Those recruited in the UK tend to be from an engineering background, while those from the USA are mainly physicists." David did emphasise that they don't have to have postgraduate qualifications, "But people with a PhD are just that little bit older and more mature - and have greater computing skills." They do insist on recruits being good mathematical modellers, and they can enter the group straight from an undergraduate course if they have these skills. 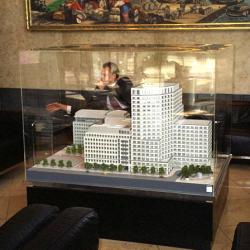 We asked David to tell us what the job was actually like. Was the general image of the financial markets sector right, with its long hours, lots of noise and stress, early burnout, but lots and lots of money? He started with the money. PhD entrants are well paid initially, but after a couple of years the bonuses rise dramatically - so yes, the work is well paid. The hours can be very long at eleven or twelve hours a day being expected, especially at the beginning of a career, when there is so much to learn. "And stress is an important factor" David told us, "but remember that this is a room full of people who have selected a stressful job. It is critical that the job is done right, and this imposes discipline on people." And is it noisy? "Not particularly!" New recruits spend most of the first two years looking through things that have already been done, perhaps improving the edges, before they start to do original work of their own. We asked David whether, in charge of the group, he still worked quite such long hours. "Not quite - I've recently acquired a baby son - which has brought about some changes in lifestyle! I go home earlier - but will often work in the evening, on a PC at home."

Returning to the subject of recruitment, we asked David about the sex ratio in his group. "This is a career that is wide open for women, and we would be very happy to employ more. Unfortunately, so far they haven't applied in sufficient numbers. When we advertised recently, out of perhaps 400 applicants, there were less than 10 women." "We are basically after people with good computing skills; with the ability to write code that runs fast and reliably in C++ - and you need to have lots of experience to get good at that. We do get people with good computing skills in other languages - and that's not a problem - if they can think in the right way, they can soon learn another language." 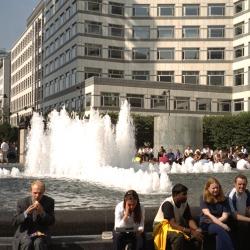 It's difficult to imagine how the work done by a group like this can evolve. We wondered whether the work done was new - was the group researching, and if so to what extent. "In the early days, the work was ground breaking, but now there are more firms doing it - probably thirty or more (there were only three when I was in Tokyo). Now, its less glamorous. it's adapting other people's ideas, and in that sense less creative than it used to be - but it still has its challenges. Speed and performance are important. Traders want to use a model that runs faster, or is more accurate than before."

So, supposing an enthusiastic young graduate or postgraduate joins David's team - what are their career options? Or is this something they can do for the rest of their life, or can they move on? It seems that it's rather a stable group! "Of all the people we've hired, 80% are still with us. Some have gone to other firms, but most of those that have left have transferred internally to become derivatives traders or derivatives marketers - becoming users of our product rather than creators of it." 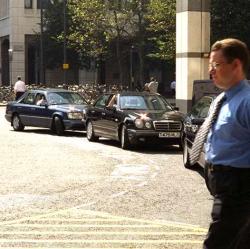 It's all about money

We asked David what he saw happening in the future - where he saw the job going. He replied, "A lot of our business is driven by technology, so as computers have got better our ability to price products and the volume of their operations has got bigger and bigger. In the past our customers were a relatively small number of big institutions - mainly government agencies. Now more and more smaller institutions are getting involved - eventually the services we provide may even be used by retail customers! And as to internet marketing - that's a wide open field we haven't even touched yet."

So what do you think? Fancy a job in a bank?