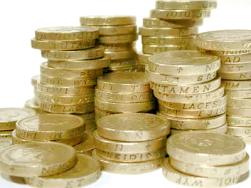 The largest known prime has just been discovered, not by a university academic, but by a German eye surgeon, Dr Martin Nowak, thanks to his participation in the Great Internet Mersenne Prime Search (GIMPS). The bad news is that his discovery has made him no money - he was a mere 2,183,770 digits off a share of a $100,000 prize. But the good news is that anyone with some computer power to spare could unearth the next big prime, and even win some cold hard cash.

This new largest prime, 225,964,951-1, is only the 42nd known Mersenne prime, and the eighth that has been discovered by the GIMPS project. (A Mersenne number is one of the form 2p-1, for some prime p, and if this number is also prime it is called a Mersenne prime.) GIMPS, one of the most successful distributed computer projects, uses the combined power of thousands of otherwise idle computers to churn through the calculations necessary to test whether Mersenne numbers are prime. Nowack joined the thousands of GIMPS volunteers in 1999, and one of his computers finally hit gold on February 18th 2005 after more than 50 days of calculations to test if this number was prime.

"Persistence and teamwork are critical to our success," says GIMPS founder George Woltman. "Congratulations and thanks go to Dr. Nowak and all 75,000 volunteer home users, students, schools, universities and businesses from around the world that made this discovery possible." In recognition of the contribution of all the GIMPS participants, the credit for this new discovery will go to "Nowack, Woltman, Kurowski, et al".

The result has been independently verified by Plus reader Tony Reix, who works on an OpenSource project in France. "The GIMPS project uses a very fast program written by George Woltman," says Reix. "Though this program has been checked many times, the probability that some software or hardware bug may lead to a false positive - the program says that the Mersenne number is prime though it is composite - is very low but not null."

Reix used different software (the GLucas program, designed and created by Guillermo Ballester Valor) and different hardware (a 16x Itanium2 Bull NovaScale 5000 HPC machine) to check if Nowack's Mersenne number was indeed prime. "By verifying the [Mersenne number is prime] with a different program on different [hardware] and by a different person in a different place, the probability that you still have a bug leading again to a false positive is considered null," he says. The verification only took 5 days. A second verification has also been carried out by Jeff Gilchrist of Ottawa, Canada.

Plus has been following the success of GIMPS, which is now in its 10th year (you can read all the past stories on GIMPS in Plus). Mersenne primes often top the list of largest known primes as they can be checked comparatively quickly, using the so-called Lucas-Lehmer test. In the 1870's the French mathematician Edouard Lucas was the first person to find a way to test if a number was prime without dividing it by all the primes smaller than its square root. His method used a generalised kind of Fibonacci numbers, called Lucas sequences, where the nth number in the sequence is defined by Un = PUn-1 - QUn-2 for some constants P and Q (if P=1 and Q=-1, you get the well known Fibonacci sequence). But Lucas's proof was incomplete, and it wasn't until the late 1930s that Derrick Lehmer provided a clear and complete proof of what is now called the Lucas-Lehmer test.

The prime discovered by Nowack has 7,816,230 digits - over half a million digits more than the previous largest known prime number. But this is still short well of the ten million digits needed to claim the $100,000 prize offered by the Electronic Frontier Foundation. So we all still have a chance to grab some mathematical glory, and a share of the prize. "There are more primes out there, and anyone with an Internet-connected computer can participate," says Woltman. "An award-winning prime could be found next week or several years from now - that's the fun of math discoveries."

Permalink Submitted by Anonymous on May 11, 2012

Permalink Submitted by Anonymous on August 4, 2013