Searching for the soul in the machine

Computers are the ultimate maths machines. Any computer program, whether it's for calculating your tax return, controlling your microwave oven or the basis of a computer game, is based on a small set of logical operations. And as computing power and expertise grows, so does the complexity of the software "beings" created by computer scientists: sophisticated robots that can help us in the home or rescue us from disasters are only a few years away. But how will these beings interact with each other and what kind of a world will they live in? Answering these questions is the aim of a new project funded by the European Commission's Future and Emerging Technologies (FET) initiative of the IST programme. 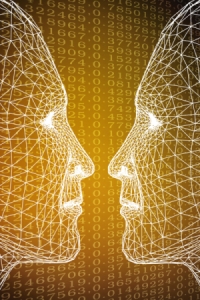 How will they connect?

If computers could create a society, what kind of world would they make? Thanks to the work of an ambitious project that adds a whole new meaning to the phrase, "computer society", in which millions of software agents will potentially evolve their own culture, we could be about to find out.

Five European research institutes are collaborating on the {https://www.new-ties.org/mambo/} NEW TIES project to create a thoroughly 21st-century brave new world — one populated by randomly generated software beings, capable of developing their own language and culture.

This kind of social interaction is a tantalising prospect for the artificial intelligence (AI) experts, computer scientists, sociologists and linguists working on NEW TIES. The keyword here is "social". "While individual (or machine) learning and evolutionary behaviour have been quite well studied, social learning is still an unknown quantity," says project coordinator Gusz Eiben, an AI professor at the Vrije Universiteit, Amsterdam.

Joining the Vrije Universiteit are the University of Surrey, Budapest's Eötvös Loránd University, Edinburgh's Napier University and Tilburg University in The Netherlands. The multidisciplinary team has a dual goal: to study natural processes (like language development), and to advance the construction of collective artificial intelligence.

"For the linguists and sociologists, the main motivation is to study existing processes in societies and languages," Eiben explains. "The computer scientists on the other hand want to develop and study machine collaboration, with an eye on future applications in robotics. Robots in the home are only five to ten years away, and in the future we might be able to send robot rescue teams to disaster areas to search for survivors. They could even one day travel to Mars. Obviously, it will be important for them to be able to cooperate with each other — especially if they are in a hostile environment."

Future disaster victims rescued by robots may perhaps owe their survival to the software agents currently being prepared for life in the NEW TIES engine — which, within a few months, will be running across a Grid of 60 computers. "No one has ever created an engine of this complexity," says Eiben, adding that it will support about 1,000 agents at first, building up to millions — each one a unique entity with its own characteristics, including gender, life expectancy, fertility, size, and metabolism. The agents will not be labelled, but will have their own distinguishing characteristics to make them recognisable. Their traits will be inherited from their parents, and passed on to their offspring, but they will be able to learn from their own experiences and from each other.

"It's a given of the NEW TIES project that we are not hardwiring agents," says Eiben. "We are not programming how they behave. Each entity has its own 'controller,' analogous to a brain. And because we want to create an interesting controller, we have to produce a challenging world — otherwise there would be no impetus for development. So, in one scenario, we have created a world with seasons — so that the agents have to learn to find, transport and store food. And there are two rival groups, so they will have to learn to tell friend from foe." 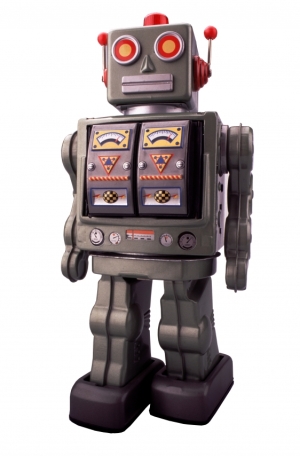 The agents will have the ability to communicate, using a "native vocabulary" of a few simple words like, "food", "near", and "agent". "One interesting question is how they will communicate," says Eiben. "Naturally, the linguists want to see how they develop a spoken language, but for the AI researchers we will also test to see if there are possible alternatives — telepathy, for example." Some basic rules will also be given, along the lines of, "if it's hot, it burns," but agents are expected to add to the rule set as they discover new "laws of nature".

Currently, NEW TIES is on the brink between development — now pretty much complete — and scientific experiment, which can begin once calibration is completed. "We are ready to start the interaction," says Eiben, adding that the team hopes to scale up to 5,000 computers, and a vast population of agents, because "then we'll really see some emergent behaviours."

In the meantime, he points to some intriguing results obtained from other platforms. His own findings have established that aggressive behaviour, surprisingly, increases in agent-worlds as life becomes easier, while an ideal world ("ideal" meaning maximum survival) has two main attributes: flexibility and mobility.

Eiben cautions against applying the findings from simple computer worlds to reality, yet admits that this "shadow world" effect is the reason why the press have shown so much interest in NEW TIES, and why the project's "it might look like this" images have been taken as literal representations. Now, in fact, the project is working on a state-of-the-art visualisation for its interface, to make its agents more comprehensible to a public well versed in The Sims and other computer realities.

By the time it has run its course in August 2007, NEW TIES will have provided food for thought in several fields, and perhaps taken us a step closer to the days Eiben anticipates, when politicians will be able to run simulations on computers to test scenarios (for new tax laws, for example) before carrying them out in real life. "Simulators now allow us to optimise car engines or train timetables," says Eiben. "But why shouldn't they help us optimise social decision-making?"

This article is from {http://istresults.cordis.europa.eu/index.cfm} IST Results, the news service of the EU Society Technologies programme.

Read more about...
mathematics and computers
Tweets by plusmathsorg