Mathematics is incredibly good at describing the world we live in. So much so that some people have argued that maths is not just a tool for describing the world, but that the world is itself a mathematical structure. It's a claim that will tempt anyone who loves maths, but does it stand up to scrutiny? We asked philosopher of physics Jeremy Butterfield for his opinion, and here is what he told us.

There is no doubt that the history of science, and especially of physics, provides countless illustrations of the power of mathematical language to describe natural phenomena. Famously, Galileo himself — the founding father of the mathematical description of motion — envisaged describing many, perhaps all, phenomena in mathematical terms. Thus in The Assayer he wrote the following (saying "philosophy" in roughly the sense of our words "natural science" or "physics"): 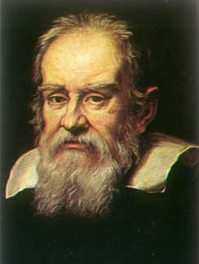 A portrait of Galileo by Justus Sustermans, painted in 1636.

"Philosophy is written in this grand book — I mean the universe — which stands continually open to our gaze, but it cannot be understood unless one first learns to comprehend the language in which it is written. It is written in the language of mathematics, and its characters are triangles, circles, and other geometric figures, without which it is humanly impossible to understand a single word of it; without these, one is wandering about in a dark labyrinth."

Of course, since Galileo's time the language of mathematics has developed enormously — in ways that even he, a genius, would have found unimaginable. This lends credence to the claim that maths is more than just a tool; that it is embedded deeper in the nature of reality. Some people have taken this idea to the extreme: they suggest that the Universe itself is a mathematical structure.

How can this be? One line of reasoning, which has been taken by the physicist Max Tegmark in his book Our mathematical Universe, starts with the premise that external reality is completely independent of us humans. If this is true, then external reality must have a description which is utterly free of subjective ingredients: that is, utterly free of factors arising from biological facts about human cognition, or cultural facts, or facts about an individual human's psychology.

Tegmark has a vivid metaphorical name for these subjective ingredients. He calls them "baggage": the word connoting the burden or error in our description of nature due to the biases from our biological, cultural or individual history. He has an even more vivid metaphor for the effort to strip out such subjective ingredients from our description of nature: the effort which science, especially physics, has historically made, and should continue to make, so as to overcome the biases. Thus he calls getting rid of the subjective ingredients "reducing the baggage allowance". (In an age when we are ruining the planet with too much jet travel, this seems a worthy aim.)

A description of the world without any baggage, so the argument goes, is purely mathematical. It consists of abstract entities (which with our baggage-laden eyes we might take to represent the fundamental particles the world is made up of) and relations between them. Once all the baggage is stripped away, you are left with nothing but mathematics. So Tegmark suggests we should conclude that the world is a mathematical structure.

I reply to this argument as follows. I agree that science, especially physics, has historically made successive efforts to overcome various cognitive biases due to our subjective constitution (biological, cultural or individual). I also agree that to make progress in the future, we must expect physics to continue to make that effort. Many other scientists, especially physicists, and philosophers, would agree with this. I also believe that external reality is independent of us humans — in philosophy this idea is often called realism — and that this external reality hypothesis implies that reality must have a description which is utterly free of subjective ingredients. But I do not agree that this implies that the Universe is a mathematical structure.

In a word, my message is: distinguish! We must distinguish between applied mathematics (also called: theoretical physics) and pure mathematics. 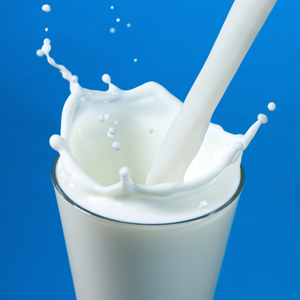 Milk: How does it flow?

Applied mathematics gives — or at least aims to give — true descriptions of empirical, in particular physical, phenomena that are located in space and time. But "true" does not necessarily mean "complete". For example, I spill my glass of milk and it spreads across the table. Applied mathematics successfully describes how it flows, in terms of relevant physical quantities, such as the positions, velocities and densities of small volumes of the milk. But we neglect myriad details, for example the atomic constitution of the milk. Of course, this is done by modelling the milk as composed of volumes that are large enough to contain many atoms (and so, we hope, to be unaffected by atomic phenomena); but which are also small by our human standards, so that the milk seems to be continuous in its make-up.

The crucial feature of this example is the mention of "relevant physical quantities": position, velocity and density. Of course, it is one of the great glories of physics since Galileo's day that it has introduced new quantities and refined old quantities — sometimes in very subtle ways. It has combined the new and the old in a collection of laws and methods that — though fallible, and indeed changing with the passing decades — has gone from one success to another, both in theoretical understanding and in empirical quantitative prediction.

We have come a long way from Galileo's "triangles, circles, and other geometric figures". In his day, it was indeed reasonable to hope that physics could manage with just the concepts of geometry (as inherited from the Greeks) and maybe a little more — such as notions of contact or impact, and mass and/or density. But it was not to be. Nature's imagination outstrips ours! So as physics went on to examine successive new domains of phenomena, it had to introduce a succession of new quantities (and has also had to refine old ones). It is these distinctive physical quantities (and of course, their values for the system described) that are mentioned by the symbols in the equations of physics.

What of pure mathematics? What did I mean when above I shouted: "distinguish!"?

In the mid-nineteenth century there arose, for several reasons, the idea of mathematics as the investigation of arbitrary structures. In other words: people started to think of mathematics as the investigation of the consequences of arbitrary rules that a mathematician postulates as governing some domain of elements. These rules are abstract in the sense that only their structural behaviour counts; and the elements are abstract in the sense that nothing is assumed about their natures, or relations to one another, except that they obey the announced rules.

All the black and white shapes in this image are hyperbolic triangles, whose angles add up to less than 180 degrees.

Geometry provides an example. A geometry consists of a set of objects (points, lines and planes, etc) and some basic facts about these objects (for example through any two points you can draw a line). But there are several different structures that answer to that description. The familiar two-dimensional plane gives rise to a perfectly decent geometry; but so does the surface of a sphere, with great circles playing the role of straight lines. The two are fundamentally different, not least because triangles behave differently: in the plane, their angles always add up to 180 degrees while on the sphere the angles add up to more than 180 degrees because the triangle bulges outwards. In the nineteenth century, mathematicians also discovered a third type of geometry, called hyperbolic, in which the angles of triangles add up to less than 180 degrees. It describes a space we do not experience in everyday life. This discovery forced mathematicians to distinguish between the actual geometry of physical space — an empirical matter that is revealed by the behaviour of rulers and protractors — and the idea of a pure system of geometry — which could be consistent, and worthy of investigation, even if it does not describe physical space. (See here for more on different types of geometry.)

Two meanings of "is"

Thus we arrive at the modern idea of a pure mathematical structure: it consists of a collection of objects, equipped with some postulated properties and relations for example an operation of multiplication subject to certain rules. The objects, properties and relations are all abstract in the sense that nothing is assumed about their natures, except the behaviour postulated by the rules. What matters for us is the main contrast with applied mathematics, and its structures: in pure mathematics there is no mention of physical quantities.

This lack of content of a pure mathematical structure is perfectly compatible with the idea that something contentful, for example something mentioning physical quantities, is an instance of a pure mathematical structure. For example, here I am with my myriad properties, of size, shape, mass, temperature etc. Here is my family with its myriad properties and relations — our total mass, one person being more massive than another, one person being between two others etc. All this is contentful. But I am also an instance of many abstract contentless properties: being less than two in number, not being an equation, etc. And similarly, my family as a collection of objects is an instance of many abstract contentless properties and relations: being more than two in number, forming the nodes in a family tree, etc.

But while something contentful can be an instance of a contentless structure, it can not be considered as being equal to that structure. The "is" of identity, as in a = b, is not the "is" of instantiation, as in "Max is tall". If indeed a= b, then a and b have the very same content, if any (in whatever sense of "content" you like). For there is only one entity: a, which is also called b. But in the case of "Max is tall", Max can have countless properties, as contentful as you like (in whatever sense), that are not picked up on or encoded by, or part of the meaning of, the predicate "is tall".

You can read a more detailed version of this article on the arxiv. 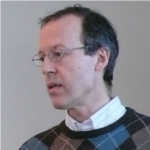 Read more about...
philosophy of mathematics
Tweets by plusmathsorg