How to resolve the Premier League 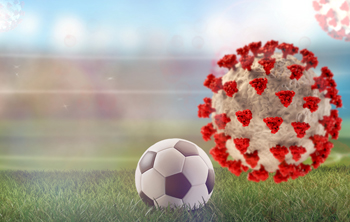 Due to COVID-19 football leagues have been suspended.

Due to the ongoing COVID-19 pandemic, football leagues around the world have been suspended and for many there is the threat that the season will not be completed. This has raised the spectre of deciding the positions of teams in the league by points per game (PPG). Indeed in Scotland this appears to be a strong possibility. However, in its conventional form, using PPG could be considered an unfair method, as some teams have played "easier" opponents than others and some teams have played more home games than others. This article suggests an adjustment to PPG to account for these factors.

Looking at the current English Premier League table below, PPG has been determined using the standard calculation

We can see that using PPG would change the positions very little from using points. The only difference would be that Sheffield Utd would swap places with Wolves, and Arsenal would swap with Tottenham.

Nevertheless, if we look at the relegation scrap specifically, it is very close so we need to be confident that PPG accurately represents the teams' relative performances so far. This is debatable. There are 2 major concerns:

To accommodate these factors it is important to look at home and away results separately. In the table below PPGH stands for points per home game and PPGA for points per away game.

One way of obtaining a single number for each team would be to take the average of each team's PPGH and PPGA. However, that would not take account of the fact that some teams have had an easier ride so far than others. So let's see how we can adjust the PPGH and PPGA for each team to take this difference into account.

(Note that if team T played an opponent at home, then that opponent played away — this is why PPGA appears in the numerator and denominator of the expression above.)

We now define the adjusted PPGH for team T as

This adjusted PPGH should better represent a team's performance than PPG does.

Let’s illustrate this for Brighton, who have played all teams at home except for Liverpool, Man City, Man Utd, Arsenal, and Newcastle. In this case we have

Because Brighton have played easier opponents at home on average than the other teams (i.e. their FH<1), their PPGH has effectively been scaled down.

Doing similar calculations for the other five teams in the relegation battle, we can obtain each team's adjusted PPGH for its home games:

Repeating this process for the away results, the away opponents factor (FA) of a team T is the relative strength of the opponents team T played away:

We can then obtain the overall adjusted PPG for each team by finding the average of their home value and away value:

By utilising averages, we are allowing for teams to have played different numbers of home or away games from each other, which the standard PPG doesn't do.

Using the Adj PPG values, the bottom of the final Premier League table would be as follows:

As it turns out, in this scenario the same 3 three teams would be relegated using Adj PPG as the original PPG. Aston Villa's increase due to their extra home game is wiped out by their difficult run-in. However, Brighton's PPG has reduced considerably due to their easier past opponents, resulting in dropping a place. This would have serious implications had they been 17th beforehand.

In conclusion, I suggest that the adjusted PPG would be a fairer way than the standard PPG for assessing the performance of teams in a curtailed season. If the Scottish FA or any other body decide to implement a PPG system, they and the clubs should carefully look at its shortcomings and consider the option of using an adjusted PPG. However, I think the very best solution would be to complete the fixtures when it becomes possible to play again, whenever that may be.

Read more about...
mathematics in sport
football
Tweets by plusmathsorg