The coronavirus and climate change have made many people think about how their lives will end. Although all humans will die at some point, it is useful to take a somewhat mathematical view of our finite lifetime and contemplate: is it bounded, or is it unbounded?

Is there a limit? 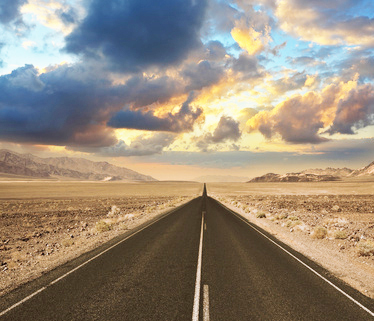 This road isn't infinite, but it's not about to stop yet.

What does this even mean? There is no case of a person having lived more than 125 years; the confirmed maximum is 122 years, achieved by a French woman who died in 1997. (This has recently been disputed, but I use this figure only as a benchmark.) Yet, there is no logical reason or scientific barrier to preclude a person, should he or she reach the age of 125, from living to be 126. Hence, to say that life is bounded by a limit, like 125 years, is unjustified.

But what about extending that limit to 250 years, 1,000 years, or even 1,000,000 years? It seems absurd that any of us will ever approach such an age. On the other hand, the possibility that our genetic material might somehow be preserved or renewed is not so easy to dismiss. Alternatively, living our lives through our descendants — if the definition of life is broadened to include them — renders "ages" like 250, 1,000, or 1,000,000 years not inconceivable.

Still, the probability that any of us will, as individuals, live more than 125 years is at present infinitesimal. Practically speaking, it is reasonable to suppose that our lives are bounded by about 125 years, but this bound is not insuperable.

Basing our actions on this limit may induce very different behaviour from the view that life is unbounded — it has no limit. Perhaps the most realistic view of life, and the choices we make in it, is what game theorists call an infinite-horizon game: The horizon is infinite — because any pre-specified bound can be exceeded—so the game goes on forever because the horizon is never reached.

Thus, our lives will definitely end in death, because they are finite, but when they do so is unknown because they are only bounded by an infinite horizon. Therefore, we can and should go on making choices indefinitely, but unless we are at death's door, it is impossible to predict, exactly, when we will die.

The view that life is finite but unbounded has implications for how we think about the future:

Looking backward, a person calculates payoffs, based on events that can happen and probabilities associated with their occurrence (if known). Knowing that a game will end at some point, he or she can determine rational choices before then by tracing out the consequences of actions and reactions along the path to this end.

An example of the latter approach in action is the Cuban missile crisis. In 1962 the Soviet Union unexpectedly began to install nuclear missiles on the island of Cuba in order to deter a potential US invasion. The USA reacted with a naval blockade to stop further missiles coming through. For a few days the situation balanced on a knife's edge, with each side having to carefully think through their next move and its potential consequences. 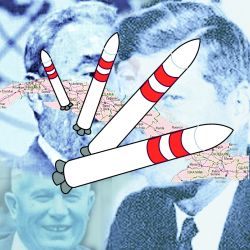 Theodore Sorensen articulated the "working backward" view well when describing the deliberations of the US Executive Committee which had been convened to deal with the crisis: "We discussed what the Soviet reaction would be to any possible move by the United States, what our reaction with them would have to be to that Soviet reaction, and so on, trying to follow each of those roads to their ultimate conclusion."

During the Cuban missile crisis, many people thought that the world could end in a nuclear exchange between the superpowers, rendering their lives decidedly bounded. But when the crisis abated after thirteen days, life for most people regained its unbounded character. (You can read about a game-theoretical approach to the Cuban missile crisis in this Plus article.)

The coronavirus and climate change, while affected by human choices, march to a different tune. They will not grind to a stop in weeks or months. Even if stopgap measures are effective, new viruses, or roadblocks to diminishing climate change, will appear.

Countries in this case are fighting not only against misguided human choices but also against nature, which follows its own difficult-to-predict path. To be sure, we can combat some deleterious effects of nature's choices with rational thought and action, but we need to recognise that the games we're playing are unbounded. Unlike Sorensen's calculations in the Cuban missile crisis, we cannot work backward from a predictable and desirable endpoint a few days ahead to determine how best to address these problems.

In the case of the coronavirus, should we allow businesses to open up quickly and risk a second wave of infections? In the case of climate change, is nuclear energy safe enough to develop further, or should it be abandoned? Decisions such as these need to be made making best use of all the information available, but without the safety net of an imminent and clearly defined endgame to work back from.

As we move toward some endstate, it is uncertain how and when we will arrive there. At a personal level, recognising that life is unbounded may help us accept the fact that the future is not always predictable or controllable. Frankly acknowledging that there will be setbacks along the way may help to ease some of our anxieties and fears.

Steven J. Brams is Professor of Politics at New York University and the author, among other books, of Divine Games: Game Theory and the Undecidability of a Superior Being. He has written, or inspired, a number of Plus articles.