How to (pretend to) memorise a pack of cards

Here is a neat way of using maths to pretend to memorise a pack of cards.

First, get your audience to inspect the cards so that they know it is a standard pack, and then get them to shuffle the cards so that they know that they aren't in any pre-prepared order. Then ask them to randomly pick out any card from the pack and not show it to you. You then state that you will quickly look through the remaining cards, memorising them as you go, so that when you get to the end you will know which card is missing, and hence will be able to declare which card they have. 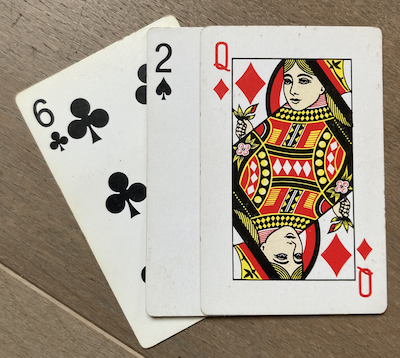 You continue this for all 51 cards. Then to determine the value of the missing card you simply subtract your final revised total from 13. For example if the final revised total is 2, then their card is a Jack. To determine the suit, you can very quickly skim through the cards again, scanning for the Jacks, and see which suit is missing. You then, much to the amazement of the audience, confidently declare that you have memorised the entire pack and hence state the missing card that they are holding!

So, how does it work? 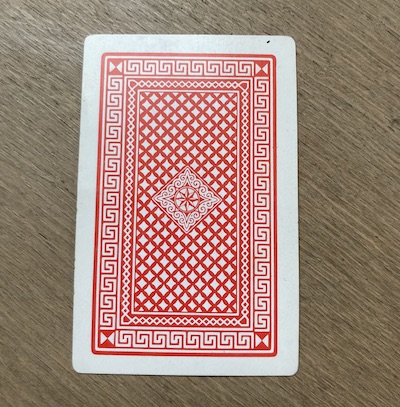 What is the value V of the missing card?

When looking through the cards during our trick, if we had simply added together the value of the cards (without repeatedly resetting to 0) to obtain our running total, T, then the value of the missing card is V = 312 – TF where TF is our final total. This method would also have worked but the mental arithmetic under time pressure would have been a lot trickier due to the larger numbers involved.

Instead, as 312 is a multiple of 13, we can keep the numbers small by using modular arithmetic. In essence this means that when we are obtaining our revised totals R, we are finding the remainder when we divide our total by 13. (You can read more about modular arithmetic here.) This can be written as R ≡ T (mod 13). Once we have our revised final total, RF, we know that adding V will increase it to 13. Hence V = 13 – RF.

It takes a few attempts to get used to no longer adding in base 10 and you will make mistakes initially whilst trying this. In fact, I have found the addition easier if instead I give Queen the value -1 and Jack the value -2 (which amounts to the same method). Hopefully, after a bit of practice, and with some concentration, you should be able add accurately in under 2 seconds per card, and the final scan through for the suit should only take 3 or 4 seconds. This would give an overall "memorising" time of under 2 minutes, which might impress your family and friends, especially if you claim it makes you a Grand Master of Memory!

Slim Khan is a Teaching Fellow at the University of Warwick, and is particularly interested in mathematics and statistics related to games and sports.