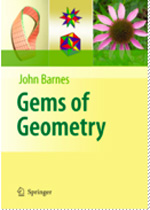 Permalink Submitted by plusadmin on April 14, 2011

Permalink Submitted by Anonymous on April 14, 2011

Permalink Submitted by Marianne on April 15, 2011