Information: we all know what it is, yet no one knows how to define it. It's clearly more abstract than the physical things we see around us, like apples or refrigerators. But, unlike other abstract concepts such as love or the prime numbers, it always has a physical representation — whether it's in the pages of a book, inside a computer, or in the neurons in our brain. In fact, the same piece of information can have lots of different representations: it can exist in print and on a screen, in English and in Zulu, etc, which is what makes information so powerful and endeavours such as science and literature possible.

Information can exist on the page, in your brain, or in a computer.

This is why David Deutsch and Chiara Marletto, theoretical physicists at the University of Oxford, have come up with a new way of thinking about physics which, they say, allows us to define what information is in physical terms. Everything we have by way of information theory, such as Shannon's effort, can be derived from their so-called constructor theory. It can also encompass and expand on quantum information and, as Marletto puts it, "would like to bring the enterprise of quantum computing to the next level."

To set the scene, let's start with some thoughts on the nature of information. For a guiding analogy think of a pedestrian traffic light. As a carrier of information it's both simple and highly effective. Why? Because it can be in more than one state: red or green. If there wasn't this multiple choice, if the traffic light could only ever be red for example, then it would obviously be useless. It's also important that it's possible to switch between red and green: a traffic light that's stuck would be just as useless as one with only one colour.

Thirdly, for the traffic light to perform its information carrier function, there needs to be a physical process which translates what happens on the light into the brain of a pedestrian. If there isn't one, for example because someone has stuck a bag over the light, then the traffic light is useless too.

These ideas also work more generally. For there to be information you always need a multiplicity of choices and a process for switching between the choices. Also, for something to count as information, it has to be possible to copy it. You need to be able to copy it to a second instant of the medium you first found it in, for example the pedestrian light on the other side of the crossing. But you also need to be able to copy the information to an entirely different medium, for example from a traffic light to a switch in a computer, or electrical currents in a brain.

Physics as it is usually done doesn't lend itself to describing information because it's bad at taking account of the counterfactual, that is, of all the options that might have been alongside that which actually is. Traditional physics tends to talk about the world an if-then kind of way: if the red lamp on a traffic light is on, then light of a particular wavelength will travel in a particular direction. The laws of physics aim to tell us how objects will move through time and space, given a particular set of initial conditions. "[This way of thinking about physical reality has been very successful], but there are some phenomena that seem to escape this logic and that are not adequately explained within this approach. One of these phenomena is information," says Marletto. 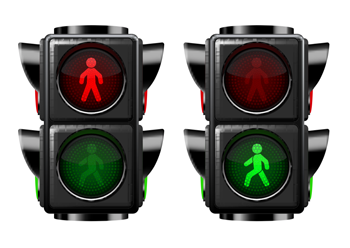 A traffic light is a good information medium because it can switch between two states.

Constructor theory, by contrast, describes the world in terms of what could be made to happen. The aim is, not to say what kind of a transformation a system will undergo given a particular set of initial conditions, but to think in terms of all the transformations it could possibly undergo and identify those it can't possibly undergo. A mechanism that can cause a transformation of a system, and can do this repeatedly, is called a constructor (a term first coined by the famous mathematician John von Neumann when he was thinking about the evolution of life). Deutsch and Marletto even propose that all of physical reality can ultimately be described in terms of what is possible (which means a particular constructor exists) and what is impossible (which means a particular constructor doesn't exist).

At first sight this idea seems crazy. All sorts of things qualify as constructors: a human switching a traffic light, a kettle boiling some water, a computer transforming input into output. There may also be aliens on other planets doing strange things we have never heard about. How can we possibly describe them all, let alone the myriad of transformations they bring about?

The answer is that we don't need to. Despite its name, constructor theory doesn't care about who or what brings about transformations, only that they are possible. It abstracts away the constructors, and aims to come up with general principles on what is permitted and what isn't permitted that apply to all physical systems. We are already familiar with some such principles from ordinary physics. For example, the principle of conservation of energy tells us that no transformation of a physical system can create energy out of nothing or destroy it. We don't need a description of the processes involved, or what causes them, to understand the idea.

Constructor theory gives us a way of talking about physical systems that might make good carriers of information, such as traffic lights or computers. As we saw above, such a system needs to be capable of being in at least two different states (e.g. green or red). We also need a constructor that can transform the system from having any one attribute to having any of the other attributes (e.g. a process to switch a traffic light from green to red). We don't care what that constructor is, it could involve humans, or machines, or just nature, but just that it exists. 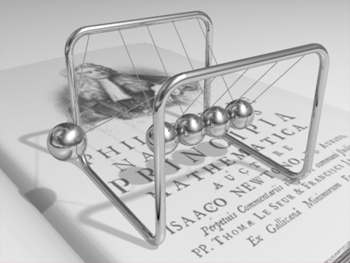 Newton's cradle demonstrates the principle of conservation of energy, which all laws of physics must adhere to. Image: DemonDeLuxe, CC BY-SA 3,0.

"The other property you want [a system that can carry information to satisfy] is that the states it can be in are copiable into other physical supports, such as the brain of a passer-by," explains Marletto. "Once you have these properties, the copiability property and the fact that you can switch between different states, you have singled out a set of physical systems, out of all physical systems, as those that can carry information." You have singled out information media that, in terms of their physical make-up, can be so different that traditional physics struggles considering them in the same framework.

Using this idea, Deutsch and Marletto have set out a variety of principles which they believe constitute universal laws of information. This includes the interoperability principle of information: the fact that information can exist in different forms in different media, and it can be copied from one medium to the other while retaining its properties as information.

Crucially the constructor theoretical approach doesn't pre-suppose any particular physical theory at the expense of another. This allows it to not only encompass Shannon's theory of information, but also quantum information which, it is hoped, will underlie the next revolution in information technology, but has so far only been hazily defined. When Marletto talks about taking quantum information theory to a new level, she means that constructor theory may not only be able to describe a universal quantum computer, a machine that can perform any computation you care to throw at it. It may also provide the theoretical underpinning to describe a universal constructor. That's a machine that can perform any physical transformation permitted by nature, including biological transformations intimately involved with life.

So are physicists around the world reaching for constructor theory to validate or recast their laws of physics? 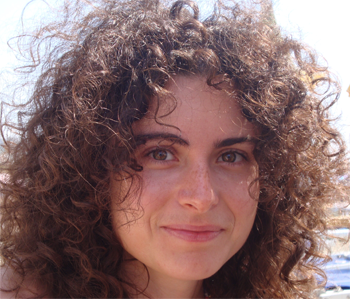 Not quite yet. But Marletto, together with a growing group of collaborators, is busy demonstrating its use by applying it to areas of physics that are problematic. An example are physical systems involving an object that obeys the strange laws of quantum physics, such as a tiny little particle, interacting with something of which we don't know whether it obeys the laws of quantum physics, such as the force of gravity. "[In this context] having a principle that is overarching and obeyed by all dynamical laws, such as the interoperability principle of information, is extremely useful," says Marletto. Her work in this area has resulted in a proposal of how one might witness quantum effects in a gravitational field which may soon be tested by experiments.

Marletto has also investigated the somewhat puzzling theory of heat and energy, thermodynamics, in the light of constructor theory, as well as our best theory of life, Darwin's evolution through natural selection. You can find out more about these approaches in this article.

Whether or not the programme to describe all of physical reality in terms of constructor theory turns out to be successful remains to be seen. But Marletto isn't scared by failure. "This enterprise may fail and I am very happy to say this," she says. "Because it is going in directions that are very different from the standard ones, it is bound to stumble upon things that will change the way we think about things. Even if the tools we are currently developing will not work out, whatever we will find will change our perspective of reality and will serve as a tool for making progress in physics. I think that's exciting!"

Chiara Marletto is Research Fellow at the University of Oxford, and a visiting fellow at the ISI Foundation in Turin and at the Centre for Quantum Technologies in Singapore.

She was interviewed by Marianne Freiberger, Editor of Plus, in June 2020.