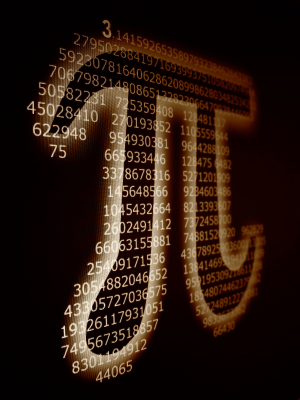 On March 14 2010 a mathematician and a magician teamed up to perform what they believed to be the world's largest live magic trick. The trick involved a thousand volunteers from the around the world who, using free choice, each came up with a number that was only known to themselves. And although the volunteer might be on the other side of the globe, the mathematician and the magician were able to read their mind and tell them which number they had chosen.

I was the mathematician in this partnership. For me mathematics is full of colour and beauty and magic. I work with the Millennium Mathematics Project, of which Plus is also a part. I travel the country, and the world, in the attempt to bring mathematics to life. And I do much the same in my free time, making videos online. It was one of my followers here who suggested a massive online event: the world's largest magic trick.

Soon it would be World Pi Day, a day to celebrate all things mathematical. Pi Day happens every year on 14th March, the date being 03.14 — the first few digits of pi. It is most often celebrated by baking a large number of pies. So what better date to perform my mathematical magic trick — an event we called Pi Day Magic 2010.

I performed the trick with Brian Brushwood, US magician and host of his own Internet series Scam School. All our viewers had to do was to follow the event on Twitter using the hashtag #pidaymagic, where they would be able to see the trick unfold from wherever they were in the world.

And now you can learn how to perform the trick yourself (if you don't feel like reading, you can watch a video revealing the magic on the Pi Day Magic website.). It goes like this:

Your volunteer has a completely free choice when picking the single-digit numbers in the multiplication. And now this is where the magic starts. You ask your volunteer to look at the number they've made, to pick one of its digits, and to keep it to themselves. This is their chosen number. Now ask them to give you the remaining digits and, here is the killer, they may do so in any order they like.

Now ask them to concentrate on their chosen number.

Remember, not only did your volunteer have a completely free choice when multiplying single digits, generating a random number, but they also had a free choice when recalling the remaining digits. Yet, you are able to read the volunteer's mind, and pick out their chosen number.

How is it done? With a little mathematical trick involving the magic number 9.

How does this help with our trick? Well, when I asked you to multiply single digits, I was relying on you making a multiple of nine, by either hitting the 9 at least once, or maybe hitting 3 or 6 twice. Either way, we instantly have a multiple of 9.

And, assuming that we do have a multiple of 9, my method allows me to tell you the missing digit.

Since our multiplication has a 6 and a 3, this is a multiple of 9. 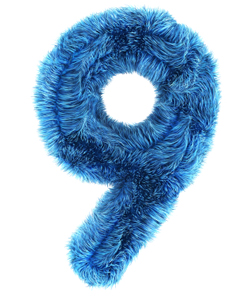 There's magic in the number 9.

The digital sum adds up to 18, a further multiple of 9, as expected. If our volunteer chooses the number 8 as their special number, they will return the digits 2 2 2 0 4. Since these add up to 10, we may assume the missing digit is 8.

This is a brilliant and effective mathematical trick, although my presentation has two drawbacks.

Here a little patter is needed. Ask your volunteer to concentrate on their number — are they thinking of nothing? A knowing smile from your volunteer will tell you they are thinking of 0, otherwise it's a 9. Or more directly, ask them if their number is even, if they say no, then they chose the number 9, if they looked slightly confused, it will a 0. (However they need not be confused 0 is an even number).

And secondly, what if the volunteer doesn't hit a 9 or a pair of 3s or 6s? The resulting number will not be a multiple of 9. This might happen 10% of the time, and the trick will not work. In my instructions I ask the volunteer to mix up the numbers, possibly implying this makes the trick harder. However, if the trick still fails it can be saved.

Just ask your volunteer to reverse their number and then subtract their original number, this will instantly give you a multiple of 9, and you can try again.

To understand this, think about what happens when you add 9 to any number. If the last digit of the number is a 0, for example if the number is 10, then adding 9 amounts to changing this 0 to a 9, 10+9=19, so the digital sum increases by 9. 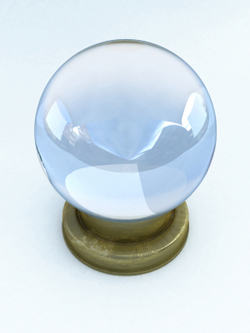 Maths can be your crystal ball.

First notice that however many digits our number, call it a, has to start with, by repeatedly subtracting 9s we eventually arrive at a single digit number r, which is greater than 0:

In general we can write this as a-n×9=r, where n is some whole number. (The number r is actually the remainder of a when dividing by 9.)

We have just proved a beautiful and simple result from number theory, which illustrates the power and elegance of mathematics. It can also be used for cheap tricks.