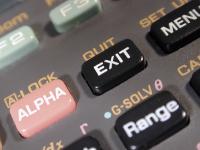 Making mathematics count, Adrian Smith's Inquiry into post-14 mathematics education, was released on 24th February, and has met with a generally positive response. But one interested party - the Royal Statistical Society (RSS) is still reeling. Smith's proposal that datahandling and presentation should be taken out of the GCSE maths curriculum altogether and redistributed around other subjects such as geography, IT and science, would, in the eyes of many statisticians, risk downgrading the subject and damaging the status of statistics in the school curriculum.

The recommendation is surprising in a couple of respects. The first is that it comes from Smith, as he is himself a statistician - and a recent President of the RSS, the oldest and largest of the UK mathematical learned societies. The day the report was published, the RSS rushed out a press release, entitled "Statistics: Has Smith got it right?" expressing their strong reservations about this core recommendation. The second is that the Inquiry has much that is positive to say about the need to enthuse students and make mathematics seem more relevant to them - but does not seem to recognise that the applications of mathematics, in particular statistics, may well perform this function rather effectively. It is not true to say that if extra time is given to the rest of the maths curriculum, students will automatically gain greater understanding of these areas. What if the applicability and relevance of statistics was exactly what enthused those students in their maths classes?

The idea behind Smith's recommendation seems to be that if students have a good grounding in core mathematical skills such as geometry and manipulating equations, they will be able to pick up statistics easily when they arrive at university to study. However, this is a consideration that doesn't apply to the great majority of students who don't go on to study numerate degree subjects.

At the moment 25% of GCSE maths is given over to statistics. This is a relatively recent state of affairs, and partly the result of much lobbying by, among others, the RSS. "Only a small percentage of students go on to study mathematics or statistics post-GCSE", says Ivor Goddard, Director General of the RSS. "But most of what employers look for in the way of mathematical skills falls under the heading of dealing with data. So for many people this is the most useful part of what they have learned at school in maths. It is also one of the most accessible parts of the curriculum."

Smith doesn't advocate that data-handling be removed from core school studies, or even that it be given less time overall; only that it be taken out of mathematics and added in pretty much everywhere else. But he is not responsible for implementation of his report, and there is always a risk that, in the future, his recommendations will be seized on as support for removing statistics from the GCSE maths syllabus without being replaced anywhere else. "But even if that time was given back elsewhere in the curriculum, the fact remains that statistics is a mathematically based subject and the position of the RSS is that it is best studied within a core mathematics curriculum", says Goddard. "We cannot see the quality of stats teaching going up if it is removed from the maths syllabus, but are only too afraid it will go down."

With a crisis in maths teaching, it is to be hoped that the government doesn't seize on this opportunity to cut down on the amount of material needing to be taught by specialist maths teachers. Even if Smith's excellent proposals for better provision of continuing professional development for maths teachers and for a "National Centre for Excellence in Mathematics Teaching" were adopted, it would be a shame if statistics were left to fend for itself in whatever time could be spared from other subjects, and mostly taught by non-specialists.