A short introduction to the work of Mark Braverman

This is an easy introduction to the work of Mark Braverman, you can read more of the mathematical details in this article.

Mark Braverman of Princeton University has been awarded the 2022 Abacus Medal at the International Congress of Mathematicians. The Abacus Medal is awarded for "outstanding contributions in Mathematical Aspects of Information Science". The Medal used to be called the Rolf Nevanlinna prize, and is awarded every four years at the International Congress of Mathematicians. 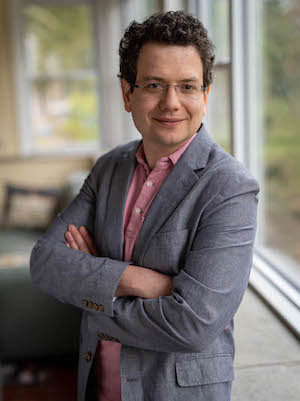 Braverman won the prize for his "path-breaking research developing the theory of information complexity." He said his overall goal is to understand computation, both because it is a fundamental intellectual pursuit, just like studying black holes or prime numbers, but also because computation is now embedded in our daily lives. "Computers and communication are now so cheap they're part of many devices – even a toaster is a computer!"

From a mathematical theory of communication

Braverman is referring to the mathematician Claude Shannon, who developed many of the key ideas used in digital communication today in the 1940s. Shannon realised that binary digits, better known as bits, lay at the heart of information technology. Any type of information, be it pictures, music or words, can be encoded in strings of these 0s and 1s. Shannon worked out the minimum number of bits you need to encode the symbols from any alphabet, be it the 26 letters we use to write with, or the numbers that encode the colours in a picture.

To a mathematical theory of computation

In contrast, a similar mathematical framework is not nearly so well developed for studying computation. Braverman compared the precise answers available for communication, to the open fundamental questions in computation, such as how long a computational task, such as factoring a number, will take.

For those of us outside of computer science we might think the biggest motivation would always be the applications, but it is the field’s deep questions that motivate Braverman. "My main goal is a mathematical tool for understanding computation," he says. And this understanding could shed some fundamental insights.

"We've seen the stars for hundreds of thousands of years, we've had the natural numbers for 5000 years, and we've only been thinking of computation for about 100 years. But somehow, if we met aliens, they'd have looked at black holes, they’d have thought about prime numbers, and they probably have thought about computation. It's hard to imagine being advanced and not realising that [computation] is this basic process that you can abstract. Computation is basic, and it's important to understand its properties in the same way it is important to care about if the Universe is expanding or whether the Riemann hypothesis is true."