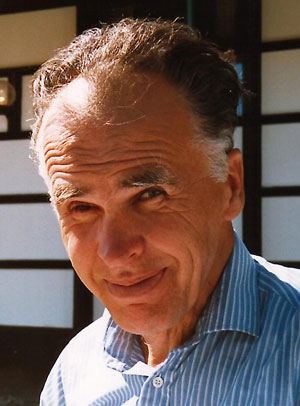 Congratulations to Lennart Carleson, winner of the 2006 Abel Prize!

Carleson has been recognised "for his profound and seminal contributions to harmonic analysis and the theory of smooth dynamical systems". Although these contributions have been in highly theoretical areas of mathematics, it has had impacts in many science and technology applications. His most famous result was proving that the basis of Fourier analysis was correct — validating this tool that is used throughout science and engineering, and that even enables you to listen to your favourite tunes on your mp3 player.

In 1807 Fourier made the revolutionary discovery that many phenomena, ranging from the typical profiles describing the propagation of heat through a metal bar to the vibrations of violin strings, can be viewed as sums of the simple waves of sine and cosine functions. These summations are now called Fourier series and form the basis for harmonic analysis. (You can read more about applications of Fourier's work in Forget Sudoku and smile for the camera and other Plus articles.)

For more than 150 years after Fourier's discovery, mathematicians battled to prove his claim that every continuous function equals the sum of its Fourier series. Despite contributions by several mathematicians the problem remained open, and in fact many experts believed it was only a matter of time before someone constructed a function that was not accurately described by its Fourier series. In 1966, to the surprise of the mathematical community, Carleson broke the decades-long impasse by proving that every continuous function equals the sum of its Fourier series "almost everywhere". The proof of this result is so difficult that for over thirty years it stood mostly isolated from the rest of harmonic analysis. It is only within the past decade that mathematicians have understood the general theory of operators into which this theorem fits and have started to use his powerful ideas in their own work.

Carleson has made many other fundamental contributions to harmonic analysis, complex analysis and dynamical systems. He solved the famous corona problem, and with his colleague Benedicks proved the existence of a strange attractor for the Hénon map. The Abel committee noted that, in addition to his mathematical achievements, he has played an important role in the popularisation of mathematics in Sweden. The Prize was announced in last week, and Carleson will receive it and the 750,000 euro prize money from Her Majesty Queen Sonja in Oslo on May 23rd.

The Abel Prize began in 2002 to provide mathematicians with comparable recognition to the Nobel prizes, and aims to raise the profile of mathematics and inspire young people to study the subject. The choice of this years recipient celebrates the importance of the most theoretical of mathematical research, and that this research provides the language and tools needed for applications in other areas of maths and science. The Abel Committee said of Carleson: "Carleson is always far ahead of the crowd. He concentrates on only the most difficult and deep problems. Once these are solved, he lets others invade the kingdom he has discovered, and he moves on to even wilder and more remote domains of Science." This example of a great mathematical explorer is sure to provide inspiration for the next generation of mathematicians.

Read more about the Abel prize and previous winners in past Plus news stories and on the Abel Prize site. There you can read Marcus du Sautoy's excellent description of Carleson's work.